Git is a distributed version control system created by Linus Torvalds in 2005. The same guy who created linux. Genius. 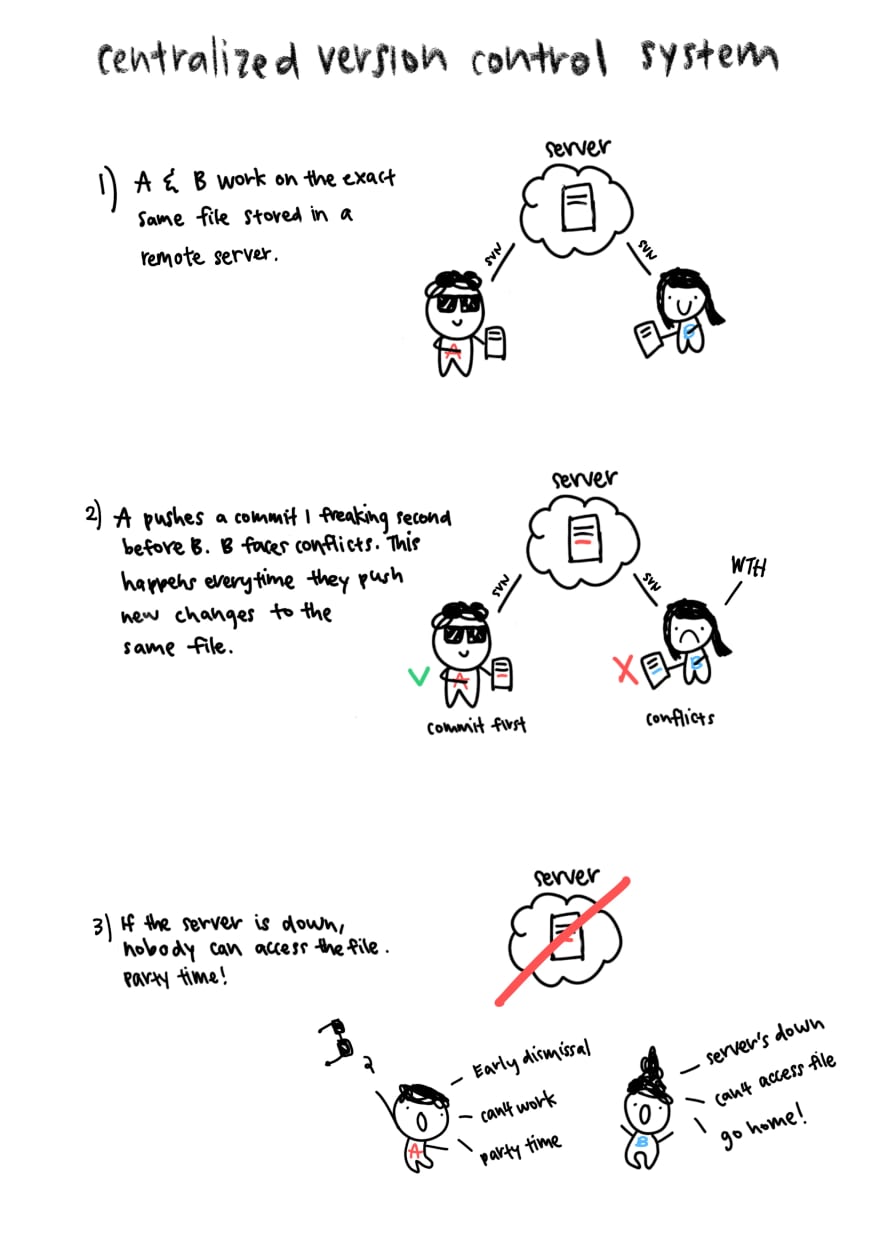 On the other hand, 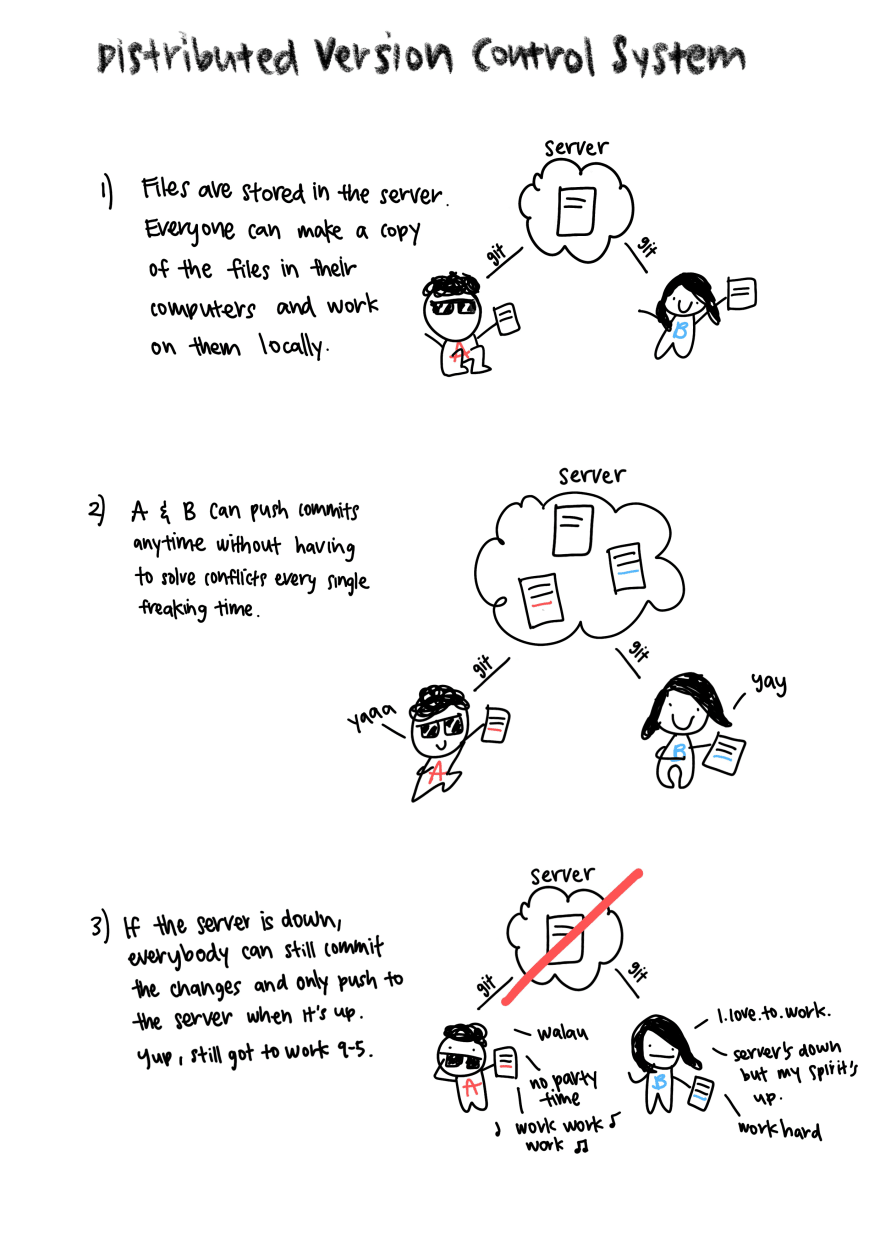 Below is a list of basic commands to save your changes as commits and push them up to the server (Github) using Terminal. I'm a terminal person. No GUI. I know that VSCode has built-in user interface for git. There are existing Git Clients too.

Check out this git cheatsheet

A hosting service that works with Git. There are alternative hosting services that work with Git as well. For example, Bitbucket and Gitlab. However, I like Github the best because the UX is smooth af. FYI, Microsoft acquired Github and I find this tweet hilarious.

A popular branching strategy created by Vincent Driessen. My team at HOOQ is using it. We use it together with Git Hubflow and we are puking rainbow. There's no right or wrong branching strategy, you just have to find the most suitable model that suits your team.

Everyone works on master branch only. This is useful to avoid long lived branches which result in accumulating merge conflicts.

I will direct you to an authentic Gitflow explanation over here by the creator himself.

One-line commands for using Gitflow with Github. This amazing tool is created by DataSift You guys are da MVP.

What is the best workflow?

There are numerous factors to consider when deciding what is the best branching strategy for your team. Does your team require continuous delivery? How comfortable are your team members adopting an entire new workflow versus tweaking existing workflow to suit their needs?

Personally, I like gitflow because of the separation of concerns for different features and the ease of creating a release with releasable features. But I do believe there is no single best workflow.

There are more articles over here and here that compare different workflows and their benefits.

I have not tried SVN. Not entirely true, I tried playing with SVN but it was too complicated for my liking. I am spoiled by git. There may be parts in the illustration that are inaccurate, please correct me!

Also talk to me at Twitter @linxea_. I'm bored over there.

Also, I made a slide for my workshop tomorrow at https://linxea.github.io/git-github-gitflow. Feeling fancy with reveal.js.

Deploying Create-React-App with Json-Server as backend to Github

ann lin
I am a spider, I build web.
Build a website in 3 minutes
#github #firebase #website #terminal