Continuous integration (CI) validates all the stages of the development process from merging codes to testing builds while optimizing the code release cycles. Continuous deployment (CD) focuses on setting up a bundled artifact into a production environment in the fastest way possible which automates the whole deployment process.

Go to Repository settings → SSH keys → Use my own keys and paste the private and public key into the provided fields, then Save.

Install the public key on the remote host before Pipelines can authenticate with that host.

For EC2; paste the public key to file: /home/ec2-user/.ssh/authorized_keys

I prefer to add a one-liner description such as: #Bitbucket CI/CD Pipeline 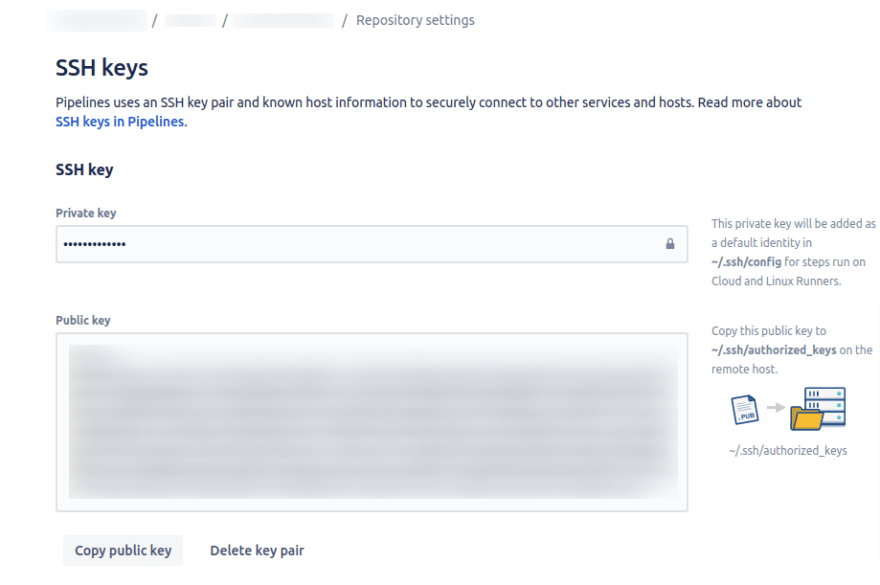 Pipelines provide a way to store, and inspect, the fingerprint of a remote host, along with the host address; for the sole reason to verify that the public key presented by a remote host actually matches the identity of that host, to help you detect spoofing and man-in-the-middle attacks.

Go to Repository settings → SSH keys and enter the server IP address and select the Fetch button to see the host’s fingerprint.

Add the bitbucket-pipelines.yml file below to the root directory of the React repository to run the CI/CD pipeline.

In the yml file; When pull requests are merged in master branch the first step “Build React (Prod Server)” scripts are executed. This step mainly focus on installing latest npm packages and building the React application. Next step “Deployment (Prod Server)” focus on deploying the build folder to the server.

Pipelines variables added at the repository level can be accessed from the bitbucket-pipelines.yml file or any script in the following way: $PROD_USER where PROD_USER is the name of the variable.

For EC2; Set the values of variables as follows: 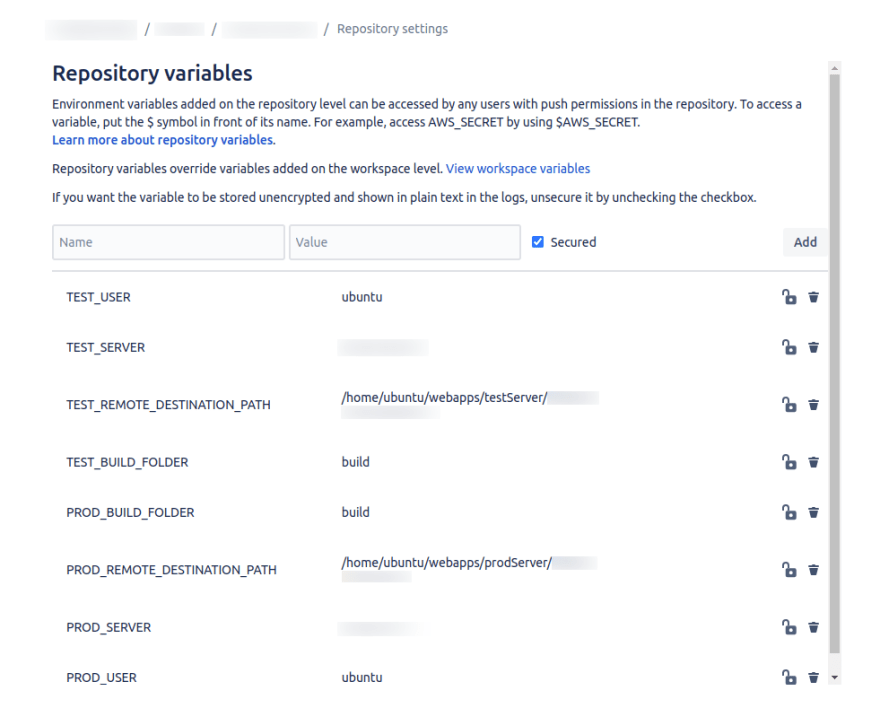 Go to Pipelines to see the list of all pipeline processes. Now when pull requests are merged into the master branch, the pipeline will run. A pipeline process runs all the scripts defined in the bitbucket-pipelines.yml file.

And that’s it. Happy Reading!!

Why I am happy to be a Javascript developer?

Once suspended, anlishamaharjan will not be able to comment or publish posts until their suspension is removed.

Once unsuspended, anlishamaharjan will be able to comment and publish posts again.

Once unpublished, all posts by anlishamaharjan will become hidden and only accessible to themselves.

If anlishamaharjan is not suspended, they can still re-publish their posts from their dashboard.

Once unpublished, this post will become invisible to the public and only accessible to Anlisha Maharjan.

Thanks for keeping DEV Community 👩‍💻👨‍💻 safe. Here is what you can do to flag anlishamaharjan:

Unflagging anlishamaharjan will restore default visibility to their posts.