We might ask what is a call stack and how it is related to execution context in Javascript?

Think of it as a simple stack. This stack contains the function blocks one after another in a bottom up approach.

During execution, when the compiler gets any new function, it pushes the function in the call stack.

One after another, the code blocks will be pushed in the stack. These code blocks are the execution contexts.

Now, the question is, how does the engine distinguishes each block of code?

It is not actually the lines of code. When the compiler encounters a new function call or code block it creates an execution contexts in javascript.

Execution context in javascript can be any of the three types below:

Global Execution Context: This is the default execution context. It contains the global variable declarations and function calls. Global execution contexts are unique and always the starting point of execution.

Function Execution Context: The code, inside a function definition or the function body itself.

Whenever the global or functional context encounters another function, a new execution context is created in call stack.

Eval: The code, inside an eval expression. 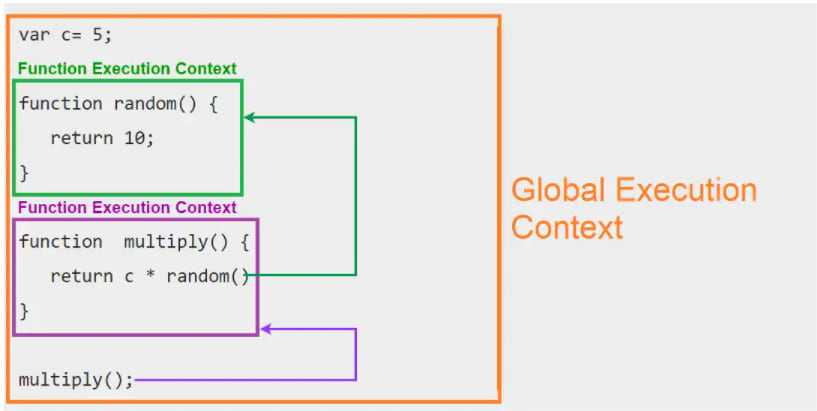 Each execution context has 2 stages. A creation stage and an execution stage.

Below is the order of execution context creation in call stack for above code. 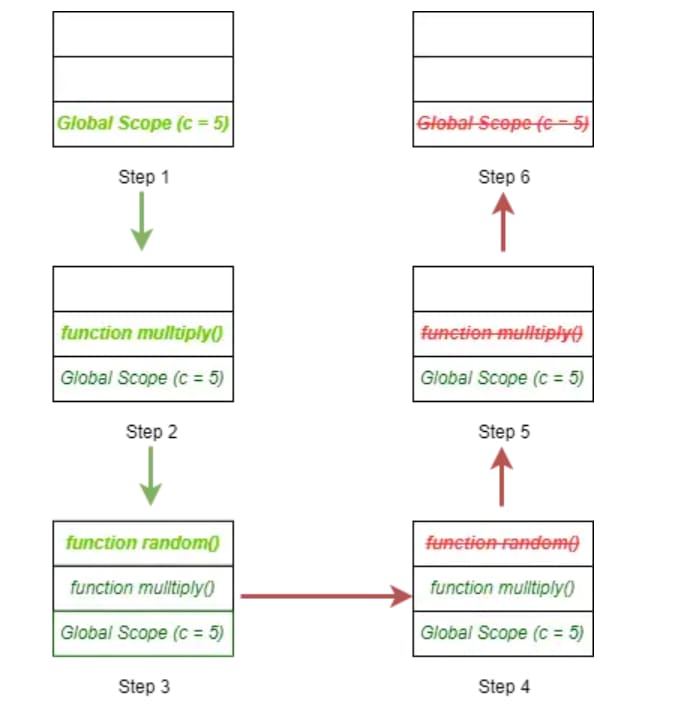 HarperDB in the Real World

Everything you need to know about Javascript Destructuring