FastJsonparser is ruby wrapper for simdjson which is written in c++.

JSON is de facto standard for exchanging data between web server and browser.

If your application is parsing large JSON data then you must consider optimising it for better performance.

I came across Simdjson which claims to parse gigabytes of JSON per second, It also claims to be over 2.5x faster than other production-grade JSON parsers. I thought this is fantastic why I am not using it.

I looked for the ways to use it and came across simdjson_ruby gem . It is wrapper for simdjson c++ library but unfortunately it was not working.

I started fixing it but got stuck in configurations then I thought why not create a new gem and import all code which I need from this gem, thus FastJsonparser was born.

To verify simdjson claim that it is really fast, I did benchmarking with existing gem Oj which claims to be fastest JSON parser for Ruby 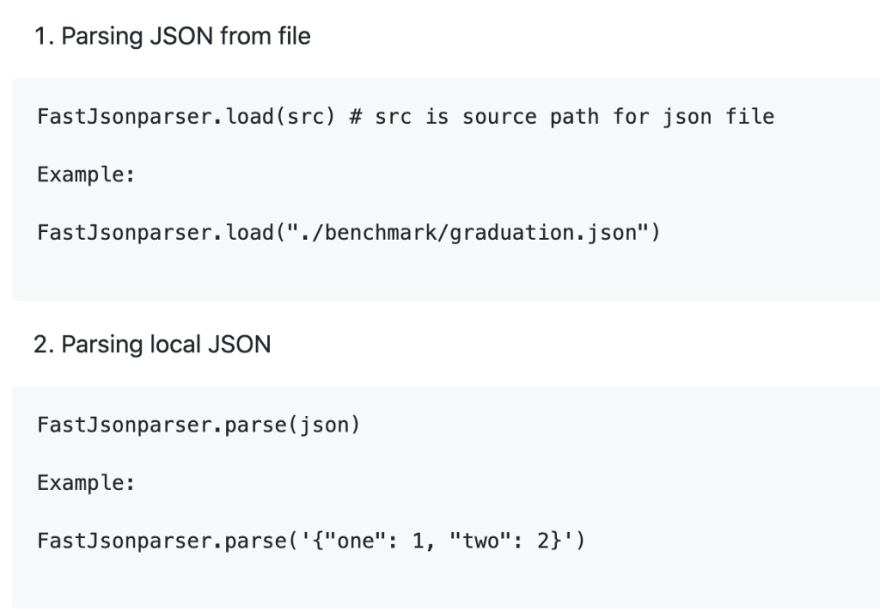 Let’s use it in your Ruby / Ruby on Rails projects and let me know how it performs.

Debugging a Ruby On Rails Application in Visual Studio Code

How to Check if a Variable is Defined in Ruby

Once suspended, anilmaurya will not be able to comment or publish posts until their suspension is removed.

Once unsuspended, anilmaurya will be able to comment and publish posts again.

Once unpublished, all posts by anilmaurya will become hidden and only accessible to themselves.

If anilmaurya is not suspended, they can still re-publish their posts from their dashboard.

Once unpublished, this post will become invisible to the public and only accessible to Anil Kumar Maurya.

Thanks for keeping DEV Community 👩‍💻👨‍💻 safe. Here is what you can do to flag anilmaurya:

Unflagging anilmaurya will restore default visibility to their posts.