Gerald Bauer started 2021 with a reddit post having the following question in its title: "2021 - The Year of the Ruby Desktop?"

I am happy to comfortably answer this question today with a resounding YES!!!

In fact, 2021 was the year Desktop Development became a first-class citizen in Ruby again! 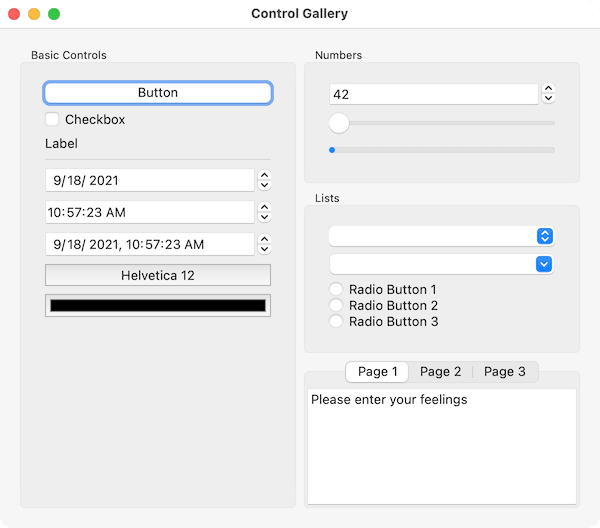 To clarify, here are all the Ruby desktop development gems that came out of Glimmer in 2021:

Here is a summary of the forte of each supported toolkit:

Actually, there is quite a bit of irony in Glimmer supporting JavaFX. Glimmer was initially inpsired by the earliest version of JavaFX, having a very lightweight syntax called JavaFX Script. It was completely different from the JavaFX of today, which has a heavyweight Java syntax and an even heavier-weight XML syntax sadly. Things have come full circle in 2021 when Glimmer has become the proven technology that would rescue JavaFX from its new self with the much lighter-weight Glimmer DSL syntax!

That said, Glimmer is not only rescuing JavaFX, but it is also rescuing the entire Ruby community from non-native-looking overly verbose and imperative non-Ruby-style GUI toolkits. Thankfully, Glimmer steps in to save the day whether software engineers need to run on JRuby in SWT or on CRuby in LibUI.

Additionally, Glimmer adopts a pragmatic software engineering approach by supporting numerous GUI toolkits that have different trade-offs and are used by software engineers for various reasons (like FXRuby, which in fact has the highest number of downloads out of all Ruby GUI toolkits; 900,000+ downloads and counting). I mean after all, why not use a software-engineer-friendly Glimmer DSL instead of the default complicated verbose imperative code that scares developers away from desktop development!?!! Glimmer GUI DSL syntax is not only lightweight and declarative, but thanks to the one-language Ruby DSL approach, it is in fact much more convenient to use than any web technology, period.

Furthermore, Glimmer intentionally makes an effort to adopt the community standards of each GUI toolkit it supports. That way, when SWT or LibUI developers decide to use Glimmer DSLs, they feel right at home (e.g. SWT widget constructors usually receive SWT styles as the main argument whereas LibUI widget constructors usually receive the initial value as the main argument; and corresponding Glimmer DSLs behave the same way).

Glimmer is a community service. In fact, here are some of the impacts Glimmer can have on society:

Thankfully, community members do contribute back to Glimmer too, such as vin1antme's big 2021 contribution of lightweight declarative drag and drop support for Glimmer DSL for Tk.

In fact, there are many areas where Ruby community members could contribute to Glimmer:

In any case, I would like to conclude this celebratory blog post by sharing with you an introductory video tutorial for Glimmer's first DSL (got extracted out of Glimmer into its own project): Glimmer DSL for SWT

Glimmer DSL for SWT Video Tutorial 1 (make sure to raise the video quality to HD, like HD1080)

Once suspended, andyobtiva will not be able to comment or publish posts until their suspension is removed.

Once unsuspended, andyobtiva will be able to comment and publish posts again.

Once unpublished, all posts by andyobtiva will become hidden and only accessible to themselves.

If andyobtiva is not suspended, they can still re-publish their posts from their dashboard.