I made a very interesting journey into the world of Continuous Integration and QA. The result is a project based on Docker, Jenkins and some really interesting tools I've tried to put together.

Not only do I ask you to download and try it, but above all to recommend new tools to integrate to get the best pipeline ever!

This project is a starter kit for setting up a Jenkins docker installation for CI and QA.

I developed on Windows, with Docker Desktop with WSL 2 engine and VS Code, but with minor adjustments (before all slash notation for command line commands) it should run on Linux too.

Project ships with some docker compose files for bringing up main parts of the system:

If you want the full system up&running with just one command you can issue (from the root of the repo):

You should see all containers coming up (following picture is taken from VS Code Docker extension): 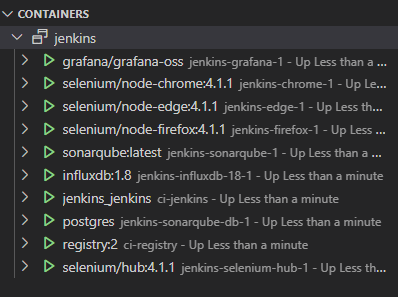 Note: selenium containers are not run with this command because the grid will be automatically run on demand by the Jenkins before running UI tests.

Note: before running Sonarqube, be sure to meet Docker Host Requirements
Usually you should issue these command:

If everything went well, you now have many systems ready:

⚠️ Security Notes ⚠️
This stack is not production ready:

The first piece of the puzzle is Jenkins, the automation tool.
A custom docker image is built starting from the official one for minor adjustments:

Thanks to the JCasC and Seed Job plugins when we start Jenkins we will find all the job folder containing test jobs alredy in place: 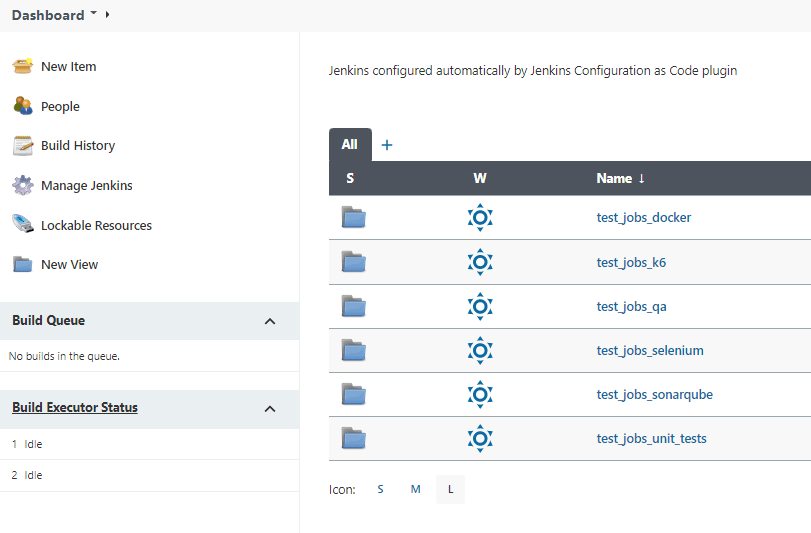 Note: remember to approve scripts before runnig them otherwise they'll fail.
You can also edit and re-save job configuration for approving jobs.

Here you will find some tests for basic usage.

All these pieces are used in following pipelines, so it seems a good idea to test the basic blocks

For this purpose I used Sonarqube. Sonarqube has a client/server architecture:

I chose the very interesting pitstop netcore project to be analyzed.

Before running Sonarqube jobs, you need to create a Sonarqube token for the scanner to login into the server.

These are the jobs in the Sonarqube folder: 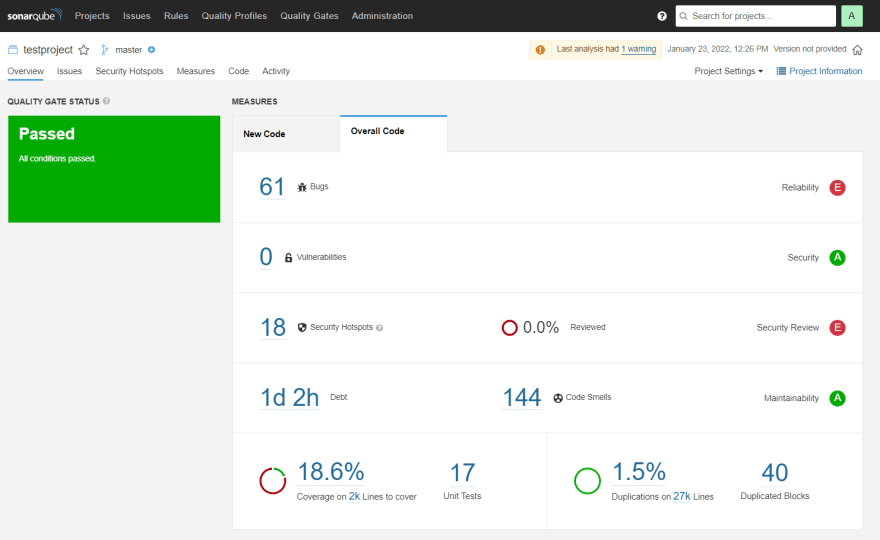 Here you will find a job example for running netcore unit tests with xUnit.

We again use the pitstop netcore project which ships with xUnit unit tests.

Results should look like this after running a couple of builds: 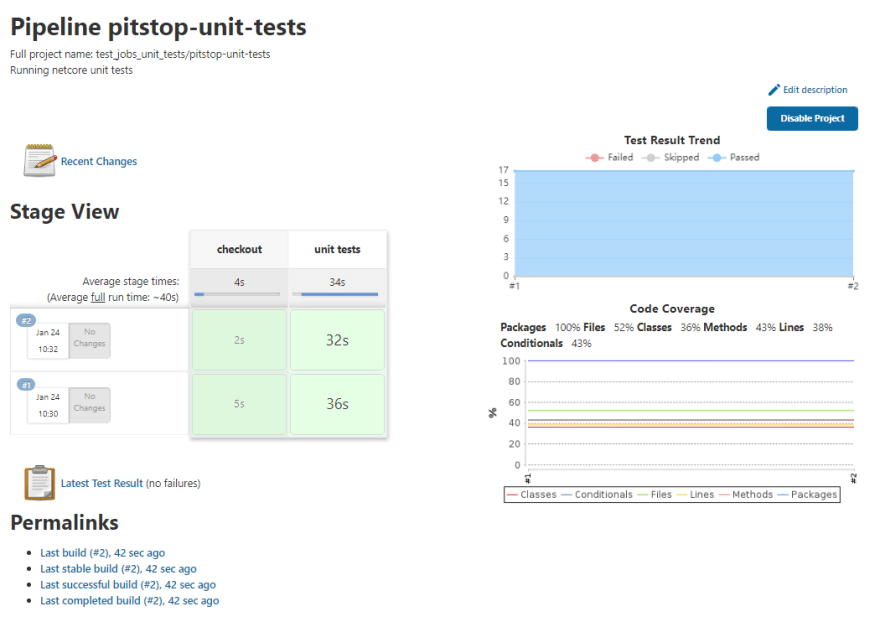 Note: selenium grid is automatically run on demand by the jenkins job and discarded when the pipeline ends.

You can follow tests progress pointing your browser to http://localhost:4444

k6 is a wonderful tool for performance and load testing.

In this job folder we try two integrations:

HTML Results are obtained converting k6 output to HTML.
This is done using the k6-reporter project.
The HTML generated is not compliant with Jenkins Content Security Policy so I modified it for allowing correct visualization.
If you do not need this feature, feel free to remove hudson.model.DirectoryBrowserSupport.CSP directive inside /jenkins/Dockerfile file.

For visualizing k6 results into Grafana I chose influxdb+grafana integration.
Grafana is pre-provisioned with:

Due to this issue it is not still possible to provision dashboard with variables in grafana.
So I modified the k6 dashbord replacing the variable "${DS_K6}" with the provisioned datasource UID: "influxdb-k6-uid".

I always take great inspiration from open-source projects.
This time I hope to be able to reciprocate.

This project is still a "work-in-progress",
please let me know which tools can be integrated to release more and more quality software!

All you need to know about AWS Snowball for Data Transfer

andrea
Based on what you know: Name the 3 best companies to work for as a developer
#discuss #career
Tell me a stupid app idea and I'll make it
#react #javascript #webdev #discuss
Pitch me on Python
#python #discuss #pitchme