So, I've been testing the new WSL 2 (Windows Subsystem for Linux 2).
It's currently available when using Windows 10 Insider Preview Build.
This means that you needs to setup your Windows 10 system to install preview builds.
Install at own risk :-)

Information on how to install WSL 2 is found here:
https://pureinfotech.com/install-windows-subsystem-linux-2-windows-10/

This version of WSL could be considered more of an complete Linux environment. Like an Virtual Machine running on your Windows computer. But of course speedy, lightweight and more integrated with Windows. I'm not an expert on architecture but there are other articles you can find regarding this =)

So, you basically have a bare Linux installation now (I installed Ubuntu 18.04).
So if you want to run Node, PHP or other application you need to install the appropriate packages. There are a number of guides how to do that.

I'm also using the new Windows terminal. This one is found (also as a Preview) in the Windows Store.

During the time I've used it there have been some updates and I would generally say I like it. Great addition to the developer experience in Windows.

Here, I create a Next.js project:

Integration with VS Code 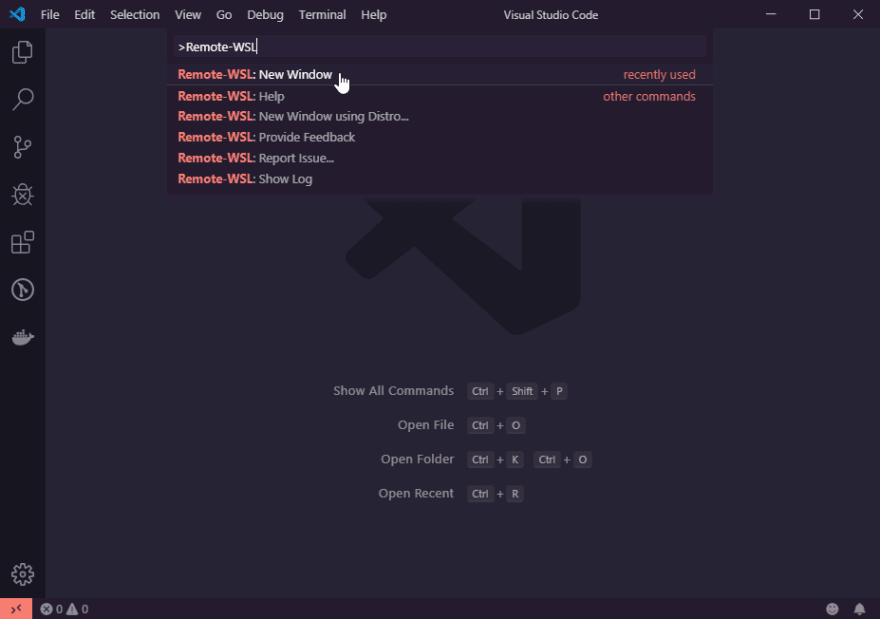 Now, when you select "Open folder" you can select from your WSL dist:

You can now access and edit the files directly and use the terminal: 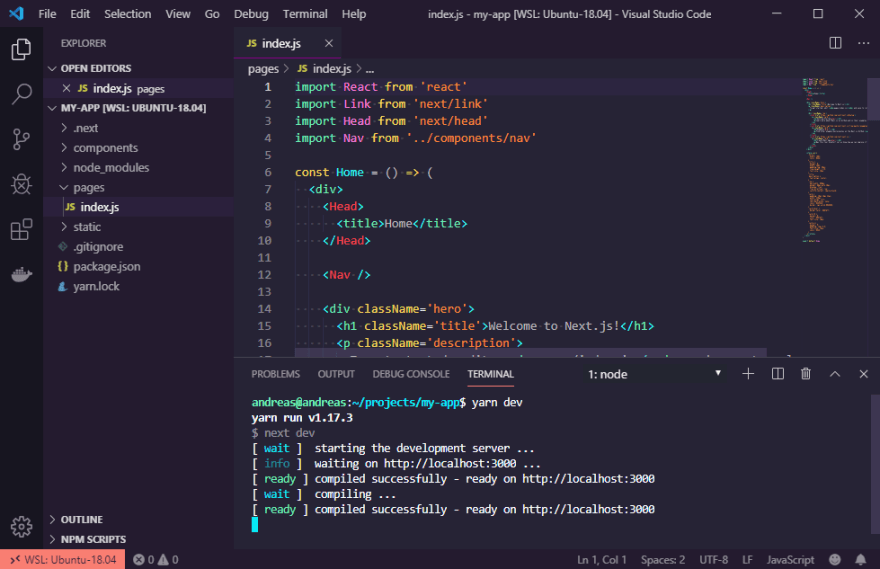 And even if the Linux distibution has it's own IP address, you can reach it through localhost: 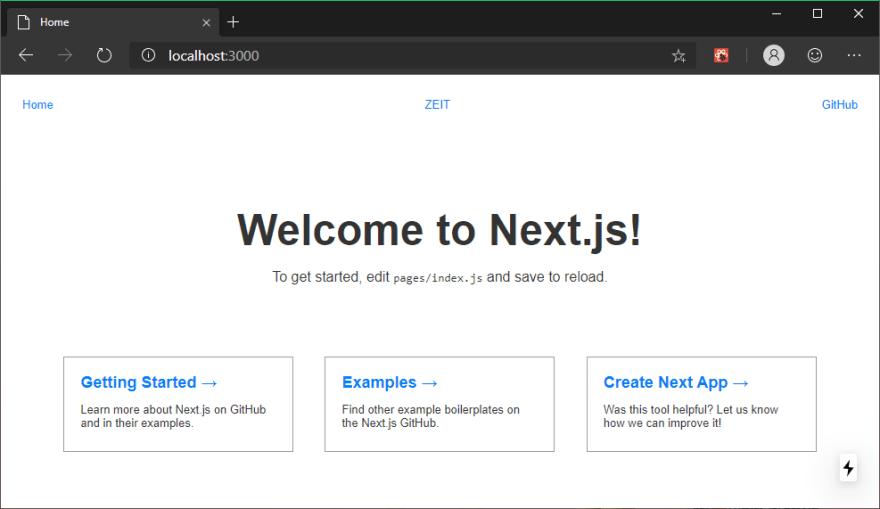 First, make sure you have PHP-FMP and Composer installed. 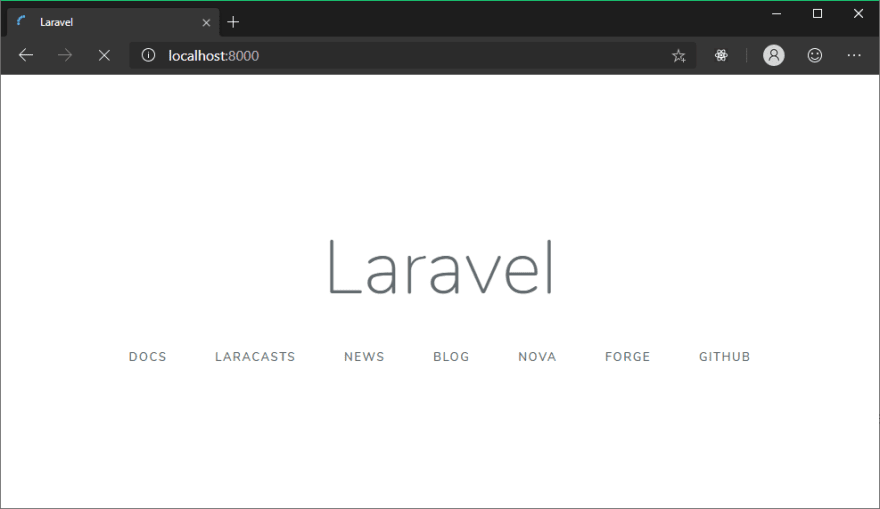 The services you install (like PHP-FPM or MySQL) need to be started manually after every system restart. I read about third-party solutions that might fix it but I would rather have it integrated in WSL.

I like to name my different sites stuff like thesitename.local and access them that way. It's possible, but since the WSL system changes IP address after every restart, the hosts-file need to be manually updated.

Docker for Windows has announced that it will support running via WSL. There is currently a Tech Previews that I haven't yet tested. But that seems really cool!

During the time I tested it most things seems to work just fine and with some more fixes I would say that web developing on Windows has a bright future used with WSL 2.

Andreas Bergqvist
❤ development
What was your win this week?
#discuss #weeklyretro
What do you use for video calls?
#webdev #discuss #productivity
Full-Stack Developer Vs Software Engineer
#webdev #beginners #career #codenewbie