I'll share a secret and you'll tell me yours

'Tell me your secret' is a ROR (Ruby on Rails) app inspired by 'The future of secrets' art exhibition by Sarah Newman, Jessica Yurkofsky and Rachel Kalmar from metaLab (at) Harvard part of the Berkman Klein Center for Internet & Society.

A simple form asks to anonymously share a secret. The app automatically store the IP address of the user inserting the secret.
Once the secret is written down, another secret is shared back together with the geo-location of that secret. 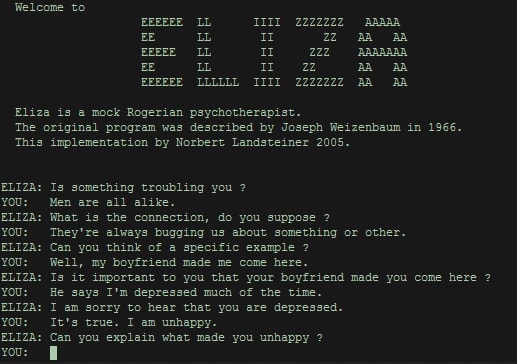 The idea behind the project is inspired by the 1966 experiment ELIZA by the MIT professor Joseph Weizenbaum, one of the father of artificial intelligence. The program showed an interesting paradox in the relationship between machine and human.

While ELIZA was capable of engaging in discourse, ELIZA could not converse with true understanding. However, many early users were convinced of ELIZA’s intelligence and understanding, despite Weizenbaum’s insistence to the contrary.

The users of the ELIZA shared deep secrets with it and told the computer extremely relevant information. Weizenbaum early discovered that speaking with a machine was a liberating act instead of being claustrophobic.

This pattern has become more and more relevant with the spread of internet and social media platforms. Data centers are now one of the most relevant source of personal secrets in the world and mostly because we give them these information, just like in the ELIZA experiment.
'Tell me your secret' is a project where the act of sharing a secret is a human-to-human bilateral interaction through a machine, instead of unilateral and solitary experience.
At the same time, it creates awareness around the problem of how much private information we share online and how long these information are stored in the data centers.

Join vs includes vs eager load vs preload

Use `to_sql` to see what query ActiveRecord will generate

Webpacker vs Sprockets, the battle is over.

andreanasuto
JavaScript-30-Day-9
#javascript #productivity #webdev #github
How do you stay up to date with the latest developments in tech?
#discuss #beginners #webdev #productivity
June 10th, 2021: What did you learn this week?
#weeklylearn #discuss #weeklyretro
Forem Open with the Forem app