What Are Random Number Generators Used For?

I've been asked before about when we would actually use a random number generator. Sure, it's a fun quick, project, but what are some of the real life use cases?

Typically, you would use it as a standalone app like we've created here. It would likely be used within a larger application. A function such as randomNum() would return a random number, which could in turn do something like grab a specific item from an array (at the index of the random number returned). This allows you to create a basic lottery style system within an application.

I feel it's important to mention here that there is a lot of conversation regarding exactly how random these built out random generators are. When it comes to the way we're building it out here (using Math.random()), the answer is well, not so random. It's technically pseudo-random. I'm not going to delve deep into the mechanics behind that but if you're curious I would highly recommend this article by Daniel Simmons.

With all that being said, let's get started building.

I've created a follow along video that I originally recorded on CodeCast. I would recommend watching it on CodeCast over YouTube because you can follow along with the code and copy it as I write it (as seen in the gif below)!

If you prefer written tutorials then keep reading!

I went ahead and started with some simple HTML:

I also added in some styles because they never made anything worse! 🦄

Next we'll begin writing out our JavaScript!

We start by writing two variables, num and btn and assign them to the correct node.

We'll then go ahead and create our function. We'll be using the built in .random method on the Math object.

Next, we wanna add an event listener on the button to listen for whenever it's clicked. We can do that as follows:

Now within the body of this, we want to add the logic that replaces the current num with a random number, as produced by the randomNum function.

Make sure you assign it to num.innerHTML and not num. Otherwise, we'll be overwriting the num variable and not updating the actual number visible on the page.

And there we are, a functioning random number generator! You can check out the built out product in the codepen below!

You can also read one of my latest articles on branding yourself as a developer below: 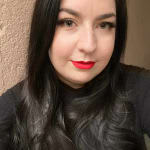 How To: Brand Yourself As A Developer

What is a CRUD app and how to build one?