How many times have we faced the arduous setup of an Oracle Database instance for our development environment and “spitting blood”?

I guess these times have been too many, here is a good reason to start using what Oracle makes available to us developers, that is, the Pre-Built Developer VMs for Oracle VM VirtualBox.

In the course of this article, we will see how to setup an Oracle Database 19c VM from the Database Virtual Box Appliance that Oracle provides.

Before starting, it is necessary to verify that the following requirements are met.

The reference Virtual Appliance is dated 20/06/2019 whose content is indicated below.

Attention! This Virtual Appliance is for use in development/test environments only, it should not be used in a pre-production or production environment.

The setup procedure consists of some steps summarized below:

From the Oracle VM VirtualBox home page, you can download the binaries for your operating system. In my case, I proceeded to download the version for macOS.

The installation procedure is very simple and is not the subject of this article; in case of difficulty or further information, refer to the User Manual. The reference version for this article is 6.1.30. Figure 1 shows detailed information about the version installed on my MacBook Pro with macOS Monterey (version 12.1). 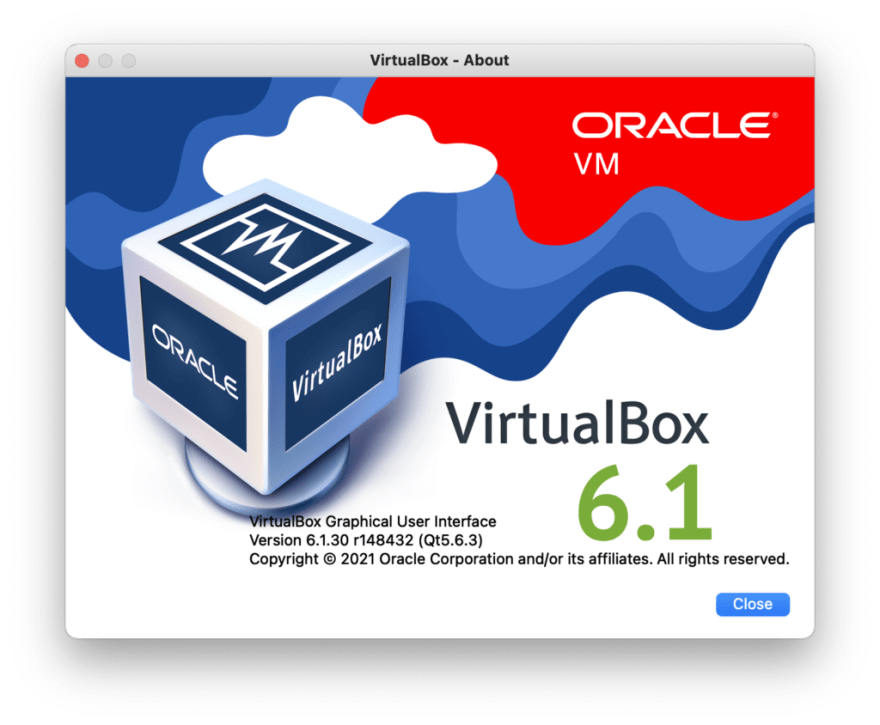 From the Oracle DB Developer VM link you can access the DeveloperDaysVM2019-05-31_20.ova file which contains the Virtual Appliance. The OVA/OVF format is a standard for the packaging and distribution of Virtual Appliances.

Downloading the file requires the availability of an Oracle account (which you can create for free if necessary). The file size is over 7 GByte, so I recommend checking the file checksum at the end of the download. In Console 1, one of the ways for hash verification using the md5 and sha commands available on macOS, Unix / Linux and Windows 10 is identified.

Once the ova file has been obtained, it is possible to proceed with importing it using the Import Appliance (or Import Virtual Application) function of Oracle VM VirtualBox which we can access from the File menu (see Figure 2).

After clicking on the menu item indicated above, you should see a dialog box like the one shown in Figure 3. The only information to specify is the location of the OVA file, after which it will be possible to continue by clicking on the Continue button. 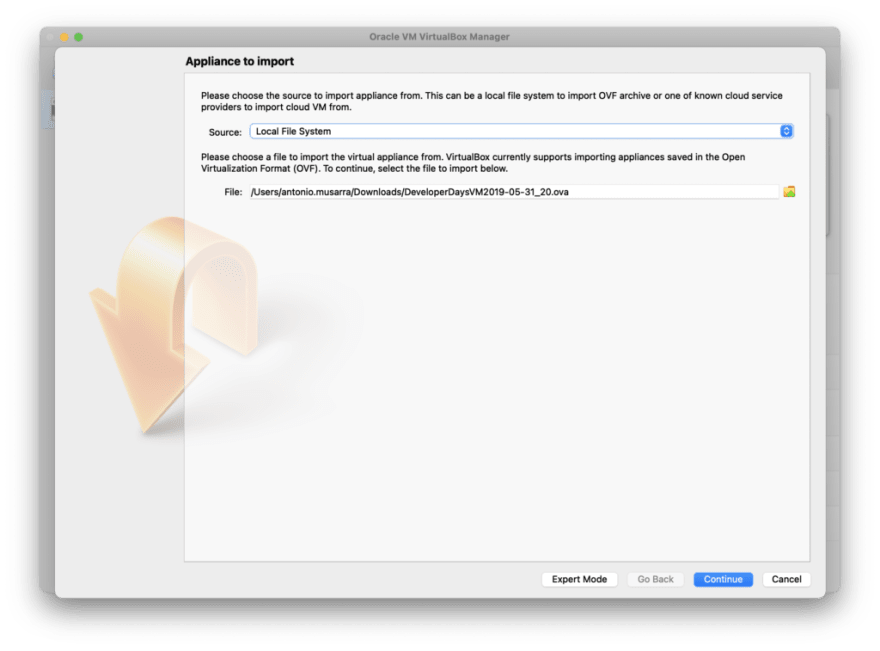 After clicking on the Continue button, a subsequent dialog box will open showing the detailed information (such as CPU, RAM, age.) Of the Virtual Appliance (see Figure 4). It is possible to change some settings, but I recommend leaving those proposed; then continue by clicking on the Import button. 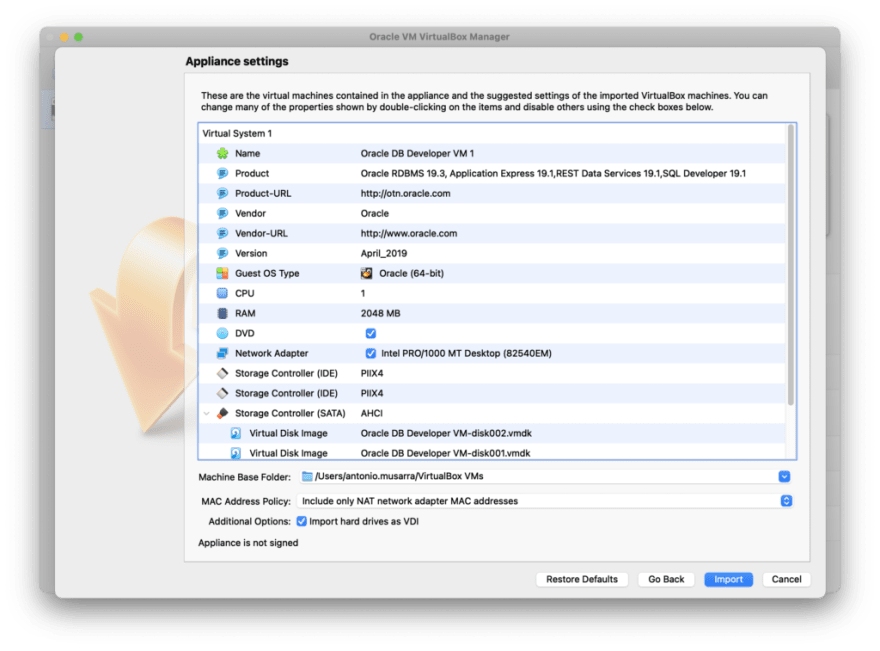 Once the import process is finished, you should have a situation like the one shown in Figure 6, that is, a new Virtual Machine called Oracle DB Developer VM. 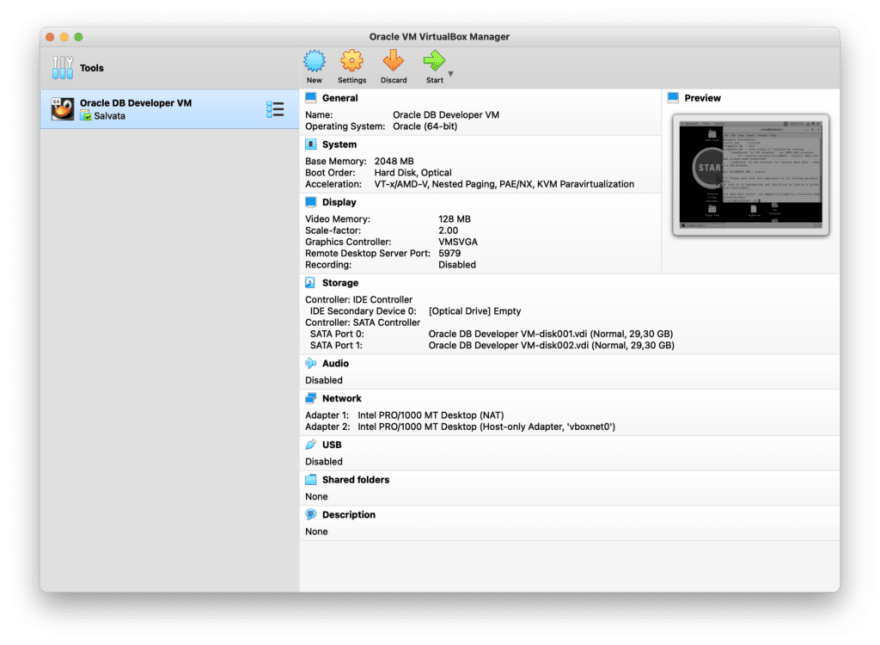 Before you can start the virtual machine, you need to: 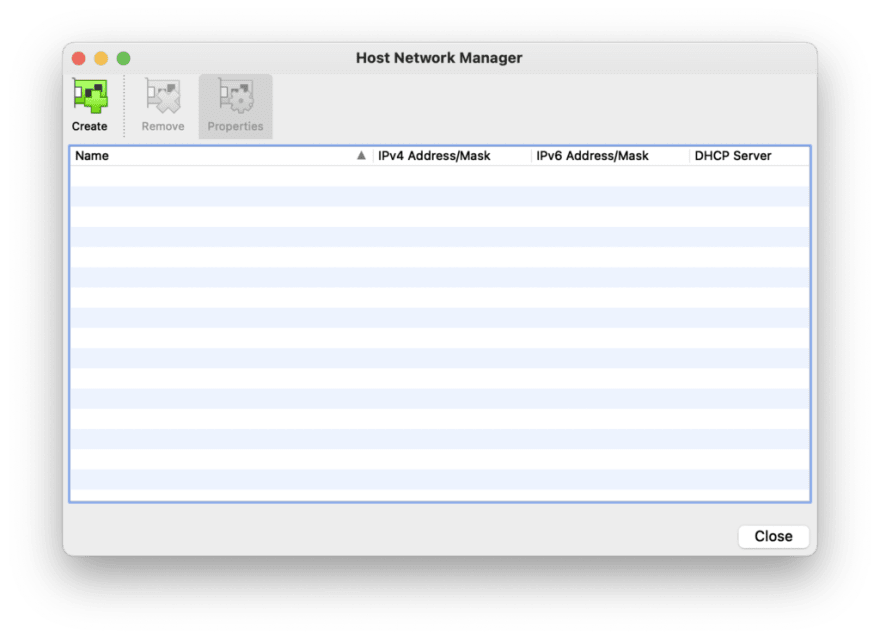 In this case there is no host network interface present, we must therefore proceed with the creation, a step that can be done by clicking on the button that shows the Create label.

If one or more host network configurations are already present, it would be possible to use one of those available.

Figure 8 shows the new host network (vboxnet0) just created and the basic characteristics. After the creation of the network, we have to activate the DHCP Server option, leaving the default settings. This network will be the one that we will then specify on the configuration of the new network card of the virtual machine just imported. 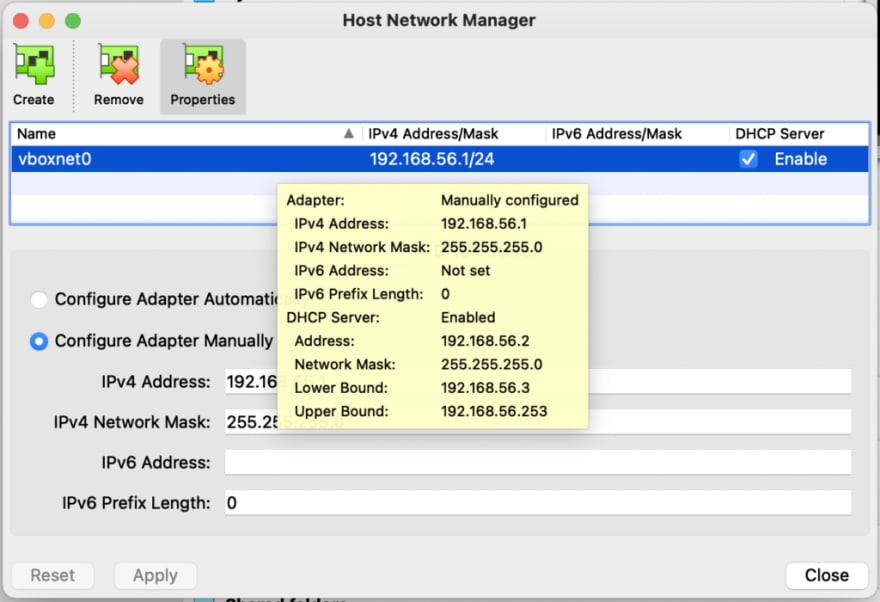 For the second step, a second network card must be added from the VM network settings by setting the type (“Connected to”) to host-only card, in this case specifying the name of the host network created in the previous step. 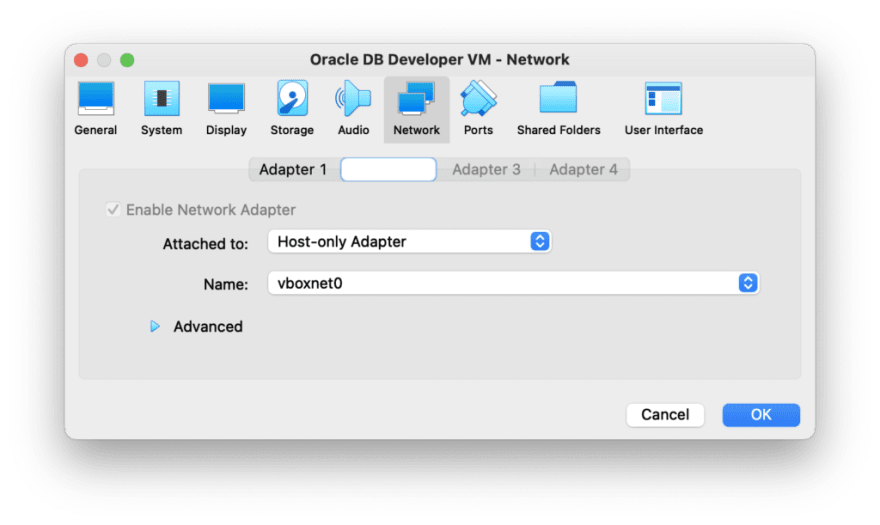 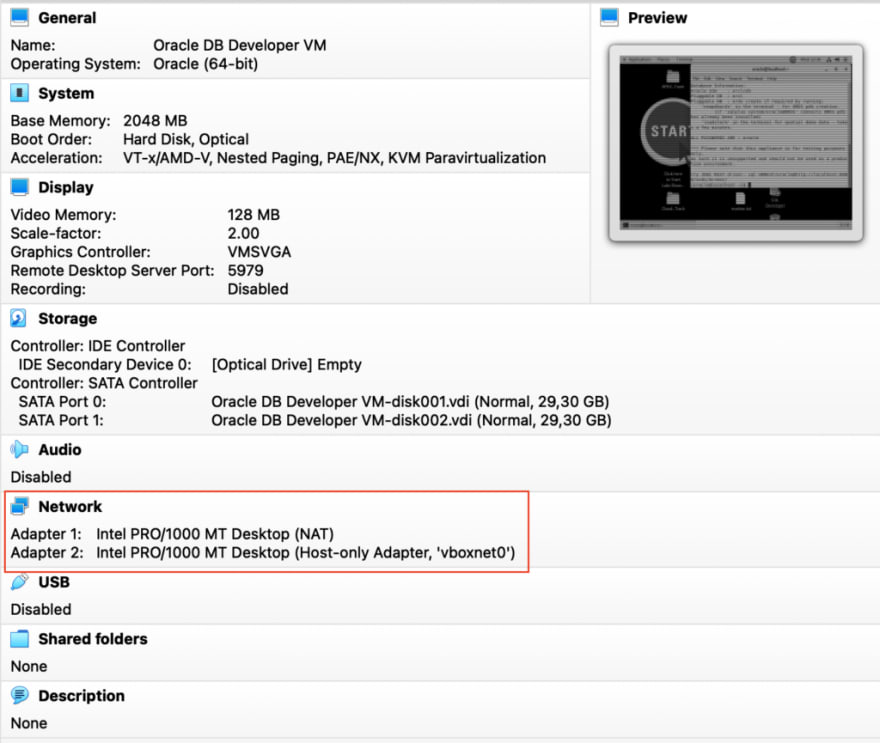 2.4 Starting and testing the Virtual Appliance

Once the step of importing and modifying the network settings has been completed, it is possible to proceed with starting the virtual machine through the start “green button”. Figure 11 shows the Grub boot menu highlighting the Oracle Linux operating system, which will be booted by default (without any action on our part). 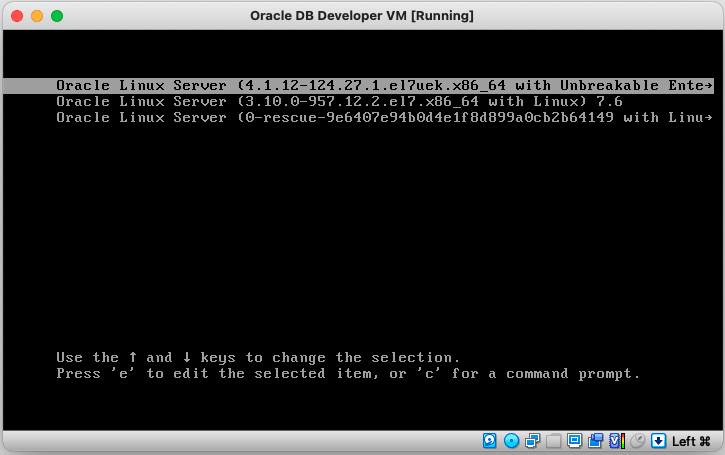 After a few minutes, which can vary a lot depending on your hardware resources, you should find yourself in front of the GNOME desktop as shown in Figure 12 (even if the arrangement of the objects on the desktop may be different). 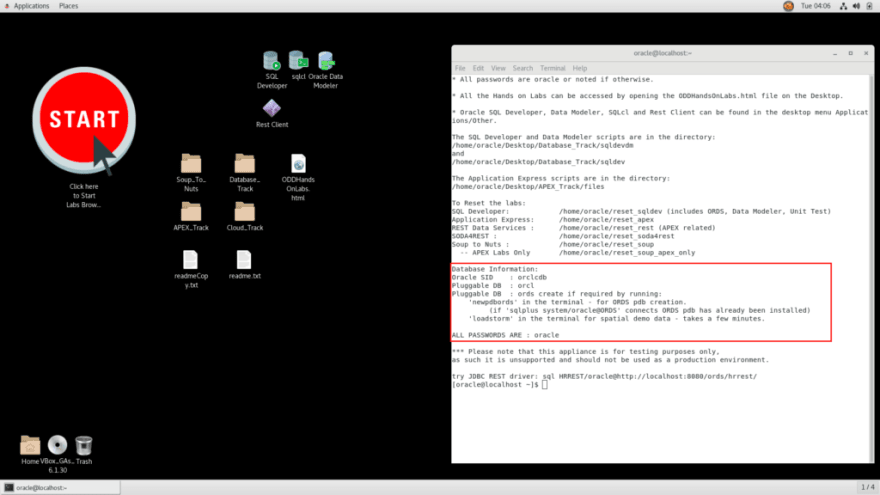 Figure 12 highlights some important data that will be needed to connect to the Oracle database and machine via SSH. Below, I report these parameters.

At this point, we must verify that:

Console 2 shows the commands needed to obtain the above information.

Figures 13, 14 and 15 illustrate in the order indicated in Console 2 the output of the commands given directly on the machine. From Figure 13 it is possible to notice that the SQLNet service is correctly in LISTEN on TCP/IP port 1521 (all interfaces 0.0.0.0).

From Figure 14 it is possible to notice how the connection to the Oracle database through SQL*Plus takes place in the correct way by showing the banner with the detailed information about the Oracle instance.

On the desktop (see Figure 12) there is a link to the SQL Developer tool that you could use as an interface to the Oracle database. The tool is already configured with a database connection as SYSDBA user. The version of SQL Developer installed on the VM is quite old, 19.1.

Figure 15 shows the correct configuration of the network card, which acquired the IP address 192.168.56.5 from the DHCP server. 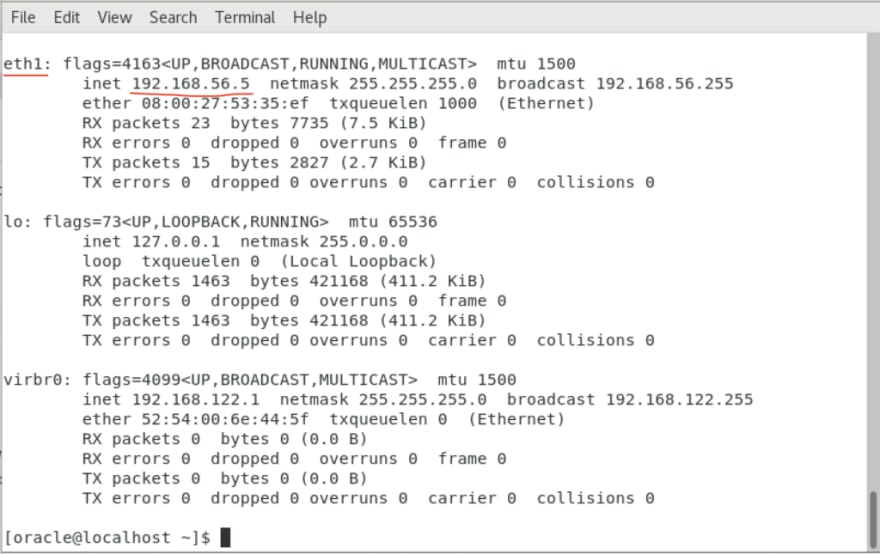 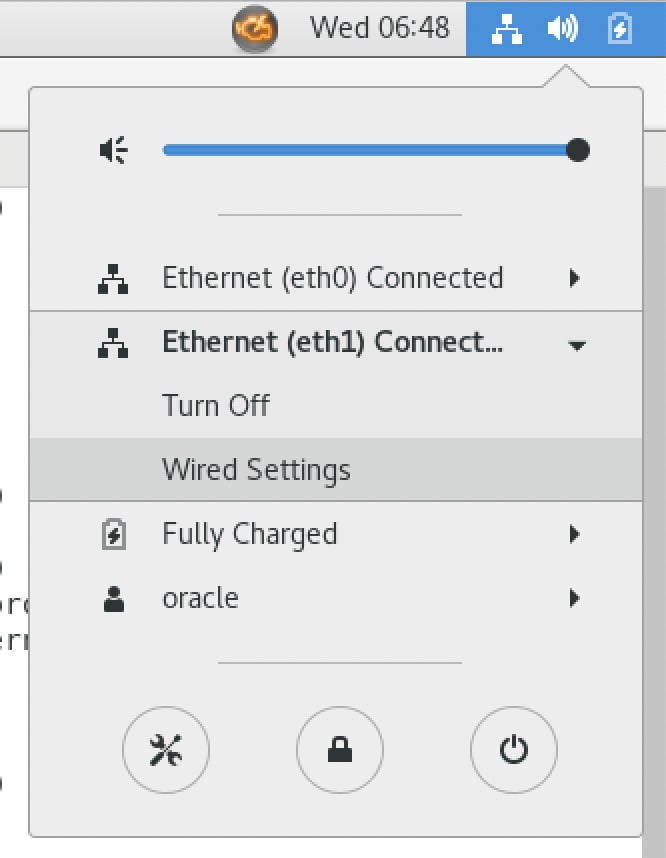 Figure 16 – Access to the configuration of the network cards 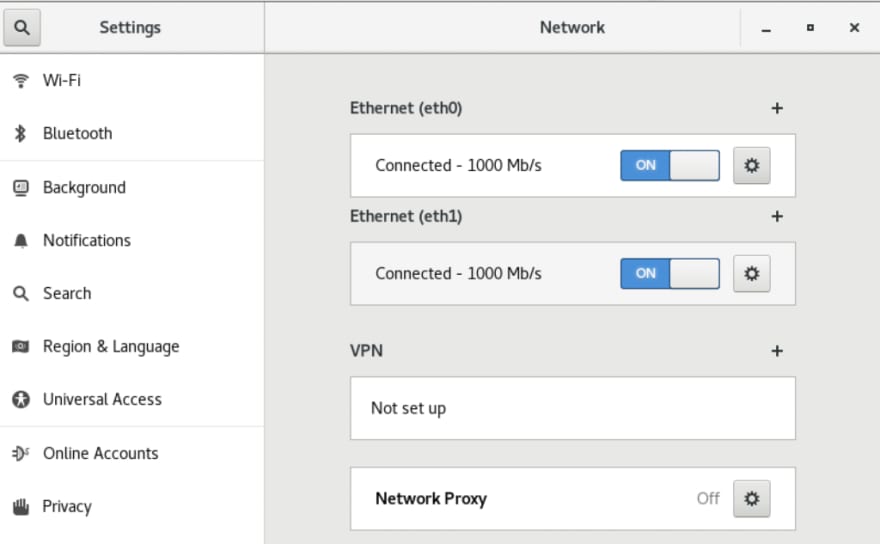 Figure 17 – List of network cards present on the system 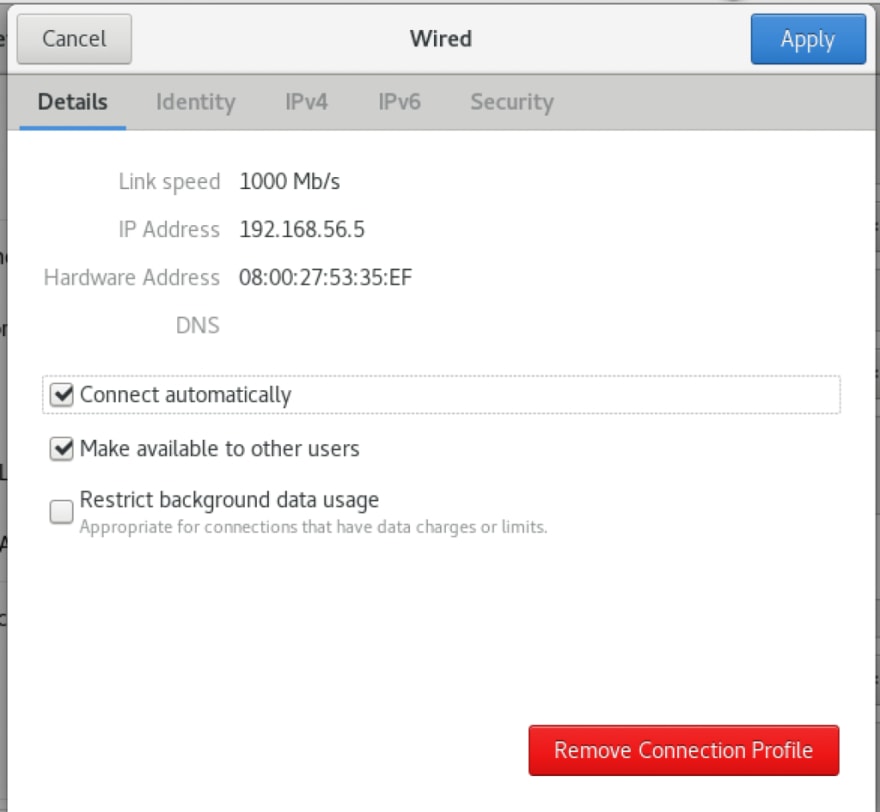 3. Connect to database from host machine

Once the setup of the Oracle Database VM is finished, we can interact with its services directly from our host machine, thanks to the fact that we are able to reach the SQLNet and SSH service.

To establish the connection to the database, you are obviously free to use any SQL client that supports Oracle. I prefer to stay around Oracle and for this I recommend installing and using SQL Developer whose latest version is 21.41.

Once SQL Developer is installed and started, we can add the database connection using the following parameters.

Figures 19 and 20 show the database connection setup and query execution. 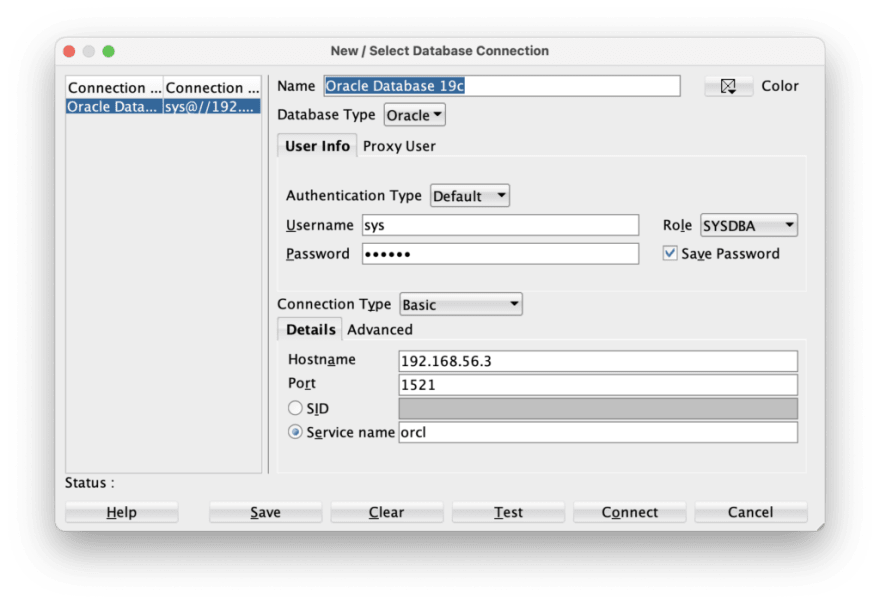 Figure 19 – Setup of the connection from the Oracle database

Figure 20 – Example of executing a query on the Oracle database

At this point, we have our own Oracle development VM that we can use to host the databases of the projects we work on.

How to Become a Data Engineer in 2022

Supabase Vs Firebase Pricing and When To Use Which