If you want your computer to run the way you want, you have to speak the language of God. Programmers refer to it as a programming language.

We are not machines so we don't write or understand 0 and 1's, The thing we write is also known as source code [That human like us who are lazy and procrastinate a lot can understand ].

So, the java analogy is that we write a code once and it should work on all the devices.*

The code we write in the java programming language is called java source code and the java compiler compiles it to byte code and if someone wants to access that code he should have installed JVM[Java Virtual Machine] in his device. 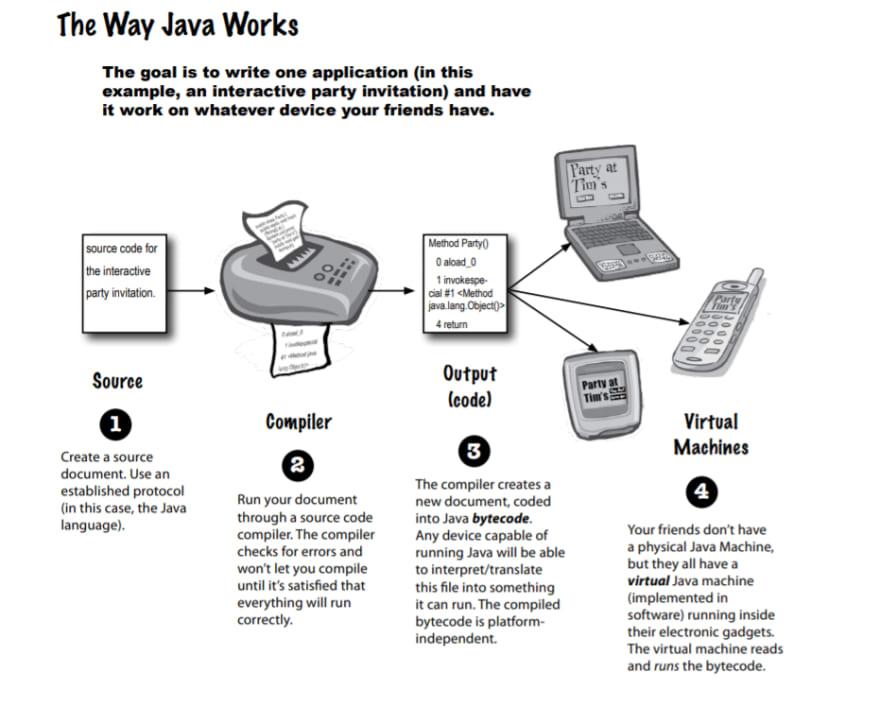