Progressive Web App was introduced by Google in 2015.

The term "Progressive Web App" isn't a formal or official name. It's just a shorthand used initially by Google for the concept of creating a flexible, adaptable app using only web technologies.

PWAs are web apps developed using a number of specific technologies and standard patterns to allow them to take advantage of both web and native app features. For example, web apps are more discoverable than native apps; it's a lot easier and faster to visit a website than to install an application, and you can also share web apps by simply sending a link.

On the other hand, native apps are better integrated with the operating system and therefore offer a more seamless experience for the users. You can install a native app so that it works offline, and users love tapping their icons to easily access their favorite apps, rather than navigating to it using a browser.

PWAs give us the ability to create web apps that can enjoy these same advantages.

When you want to build an app you should consider PWAs a choice like Cross platform, hybrid and Native apps.

Here's a comparison between Native, Web and PWAs. 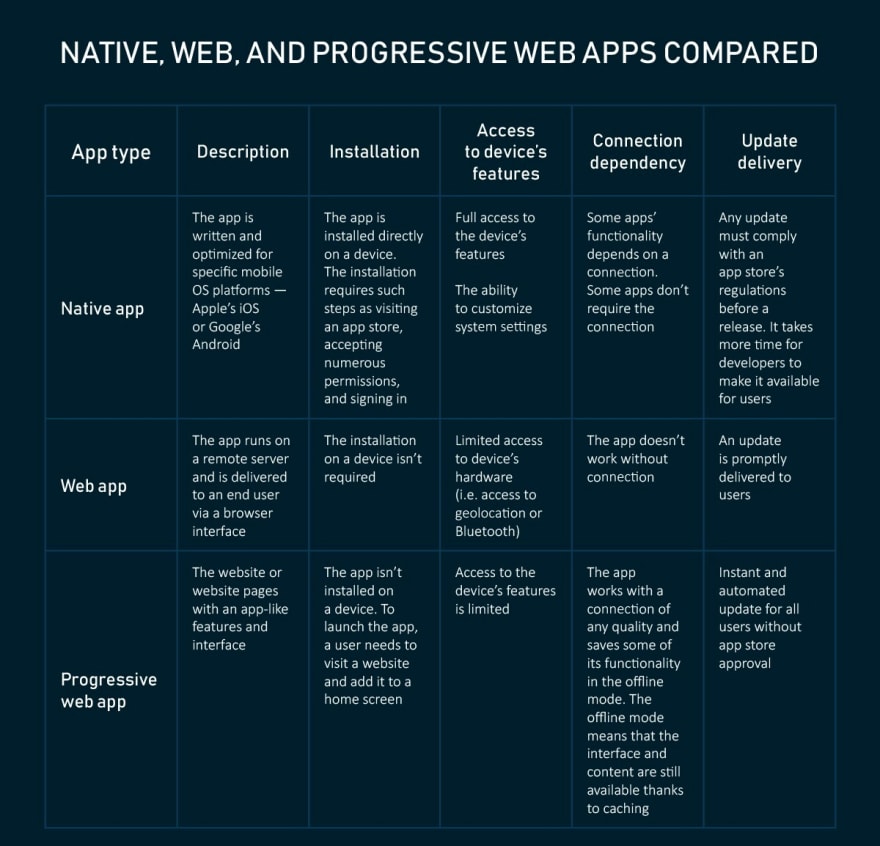 I really Advise anyone to Learn Progressive Web Apps and start building Web Apps as PWAs.

What is web application security and why is it important

Key factors affecting website performance and how to combat them

Once suspended, amrelmohamady will not be able to comment or publish posts until their suspension is removed.

Once unsuspended, amrelmohamady will be able to comment and publish posts again.

Once unpublished, all posts by amrelmohamady will become hidden and only accessible to themselves.

If amrelmohamady is not suspended, they can still re-publish their posts from their dashboard.