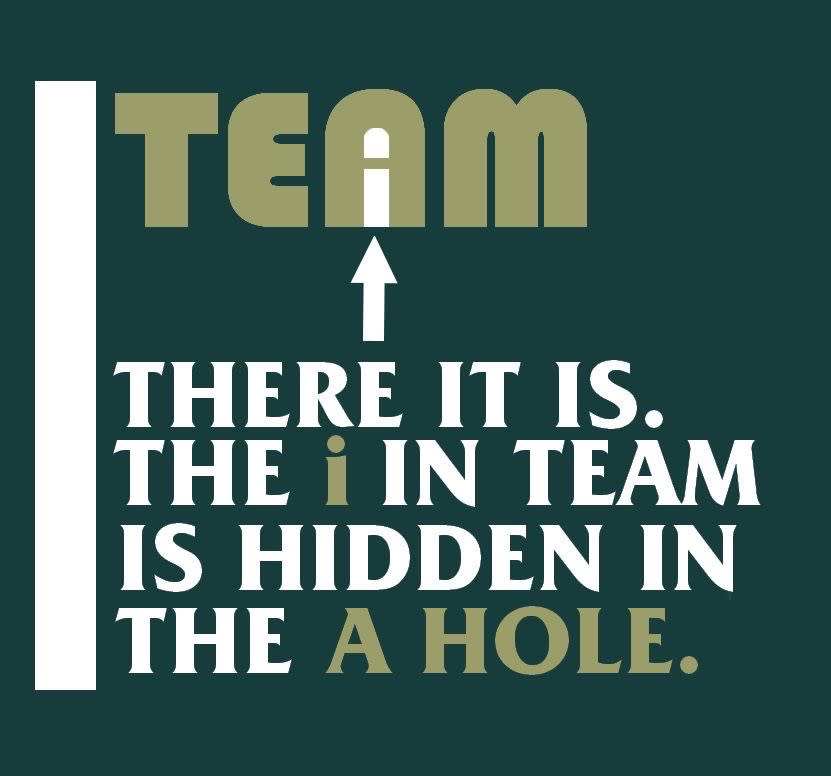 The next installment in the "Introvert's Guide to Being Sociable" series..

On one of the few email lists I pay attention to, a person for whom I have a lot of respect said, "We need to focus on Thoughtful people and Correct people. Just because one is Loud doesn’t make them right. It makes them Loud." I kind of wanted to hug him for that. But not long after, we had another person counter:

'Doesn’t make them wrong either. Loudness is a subjective thing… Without loud people who advocate for a point of view, progress is slowed. '

And so on. Needless to say, this latter person is someone I would classify as "loud," and not in a good way, more in the jerk way. And herein lies what I believe to be a common misconception that has gained popularity in the circles that I monitor as of late: the idea that being "quiet" or "meek" equates to just allowing the status quo to continue.

And so folks adopt this notion of the "loud" persons being the main ones who stimulate change and make progress, that is, they believe that obnoxious folks are the heroes. They use this idea, so far as I can tell, primarily as an excuse to be total assholes and to treat those with whom they disagree in very bigoted, harsh, and uncompromising ways. I've seen this over small issues (e.g., internal coding style debates) and, more commonly, with regards to big social issues.

I get the attraction of the idea. It's freeing to not hold yourself to rules of civility. It feels good to be thoroughly convinced of one's righteousness. It feels great to feel so right that you think you don't have to be fair, kind, and thoughtful. There's something very satisfying in looking down your nose at those who hold opinions different than your own. And hey, if you get to do all that AND add on top of that a sense of being a hero of progress, oh boy, that's some serious catnip! This turns being a blinkered, contemptible bigot into a virtue. And it's all thoroughly self-reinforcing.

But despite it feeling really, really good, it's false and wrong. And the simple fact remains that your average person naturally despises those who act that way.

Was Ghandi "loud"? Was Mandela "loud"? Was MLK "loud"? Was Lincoln "loud"? These are among the most towering figures in the world's social progress, but I don't think anyone would call them "loud" in the sense described above. On the contrary, most of these folks were comparably meek, but they were certainly persons of strong conviction. It was the strength of their conviction, not their "loudness," that makes them such remarkable figures worthy of admiration and imitation. By and large these folks were known for treating others with kindness and consideration. Being kind and considerate is not at odds with having firm convictions. You can speak plainly and unequivocally without speaking insultingly or demeaningly or dismissively to others. It just takes extra effort.

Progress in Science and Thought

And if we looked at the list of influential scientists and philosophers, precious few among them could be construed as "loud," and yet their contributions have shaped so much and driven much progress. Was Marie Curie "loud"? Was Thomas Aquinas "loud"? Indeed, it is exceptional to be "loud" among this group. And yet this group of people has had immeasurable impact on the course of human history, that is to say, they created significant and lasting change and progress without being "loud."

Probably a contributing factor is that introverts tend towards these kinds of disciplines. As a rule, we prefer to express ourselves through our work and creations, than directly being active in social circles. But I think it's easy for us to embrace the message that we don't need to be socially civil. After all, we don't really like socializing and social niceties to begin with, so if someone comes along and tells us that it's fine and that we don't need to and that, in fact, it's better not to, we're all too ready to warm to that message!

But as noted above, it's just not true. Being a jerk alienates people far more than it does anything else. And when you alienate someone, you create even more hurdles than you already had in bringing them to your point of view. Being "loud"--being obnoxious and inconsiderate--is not only not virtuous, it's regressive and counterproductive, if your goal is to create change in other people. You can't simply dismiss others' points of view as invalid. You can't simply berate them for being wrong. You shouldn't expect that such abuse will lead to #winning. If it does, it's in spite of such behavior, not because of it.

What Being Loud Is Not

All of those things are indubitably good, considered in themselves. And it's unfortunate that sometimes people confuse those activities with being obnoxious. This tends to happen when someone else's point of view, in itself, rubs you the wrong way. It can even be just because you don't like the way someone looks, sounds, or smells. It can be based on the group/ideology that a person associates with. So many incidental (and sometimes unconscious) things can incline you to interpret another's actions as obnoxious even when they are actually not.

Some Ideas On Figuring Out How Not to Be "Loud"

I am by no means going to try to delineate what precisely the objective line of obnoxiousness is; however, I would suggest we have a few things to look at when asking if one is justly acting with conviction without being "loud":

I find that considerations like the above help to suss out when something is "loud" or not. You can sorta try to invert and consider the same questions when examining the behavior of others, but you have to be really careful about imputing motivations. So much can and does go wrong when we try to guess at others' motivations! Doing that almost always makes a tough situation worse. But at least you can look at the behaviors and try to examine them according to the first three considerations above.

If you can muster the wherewithal to do so, you can often diffuse situations by considering these things. Just going through the exercise can be enough to pull back from the brink. From your own perspective, biting your tongue might be the better option, at least in the short term. Or spend the effort to look for other options that are better directed towards the good. Asking clarifying (not leading!) questions can help a lot, too.

Being respectful and civil and gentle goes a very long way. And that, of course, is the opposite of being "loud." So if you're at least trying not to be "loud," there's a good chance you won't cross the line, and you can still work towards your larger ends, often with more success. Being "loud" in the sense above is very rarely a good thing, and it's certainly not virtuous in itself. It is not a measure of your devotion to a cause or an indicator of the depth of your conviction.

When you think about it, it's kind of lazy to be "loud." It takes more effort and self-discipline not to be. You might say that it's "only natural" to be "loud," which is why it's so easy and tempting to indulge in that kind of behavior. We are rather selfish and inconsiderate by nature, and it's only with practice and effort that we temper that. This increasingly popular idea of embracing being "loud" as a good thing is just us indulging our lower desires, and it's generally less effective in achieving our ends. It's better to be better than that.

Nobody is working for 8 hours a day, Why?