Given some speech in a specific language, use this UI/API to generate a translation - in either text or audio.

This project focused on building out the API by stitching together Deepgram API for (STT - speech to text), Google Translate API, and Wellsaid Labs API (TTS - text to speech).

With the creation of this API, applications of it can be used to aid users in understanding audio in another language that may not already come with captions/translation.

Link to Code on GitHub

An Example
(Please note that I have a feature flag disabled so the example below will show the translation part of this app, but not the audio generation part.)

In this screenshot, we have uploaded an audio clip (taken from an interview with Selena Quintanilla) which is originally in Spanish. And below the button, we display the text that we have transcribed with Deepgram and translated with Google. 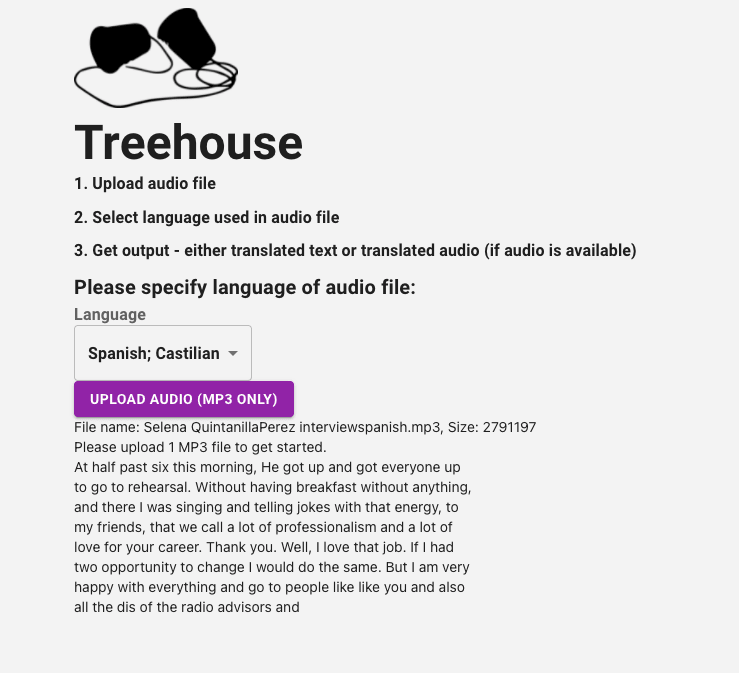 Here is the output as from the server logs: 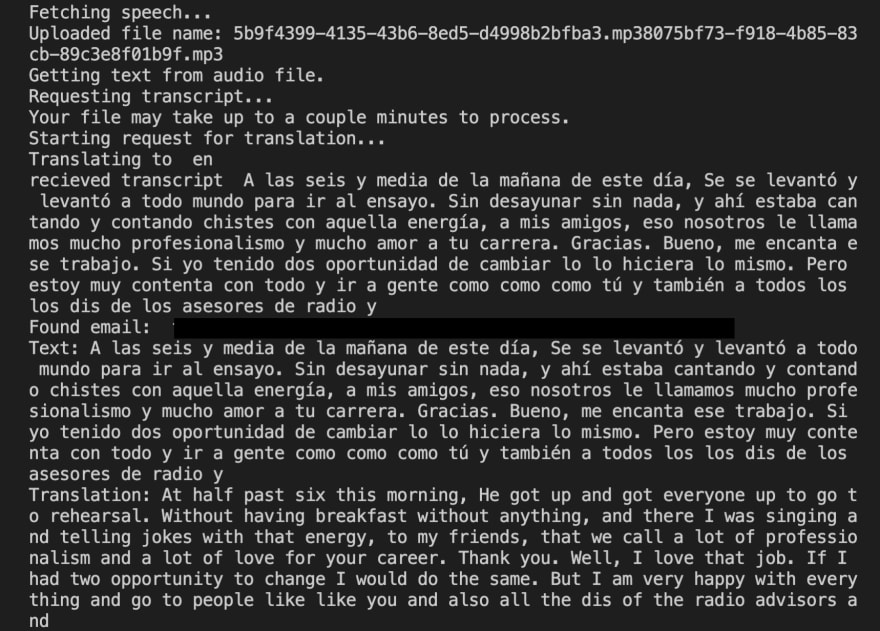 Cursor Pagination for NestJS GraphQL with Mikro-ORM and SQL

Once suspended, amandahernandez will not be able to comment or publish posts until their suspension is removed.

Once unsuspended, amandahernandez will be able to comment and publish posts again.

Once unpublished, all posts by amandahernandez will become hidden and only accessible to themselves.

If amandahernandez is not suspended, they can still re-publish their posts from their dashboard.

Once unpublished, this post will become invisible to the public and only accessible to amanda hernandez.

Thanks for keeping DEV Community safe. Here is what you can do to flag amandahernandez:

Unflagging amandahernandez will restore default visibility to their posts.