Technology is evolving. As expectations change about the software we use daily, so do product design, user experience, and development patterns. Software companies are forced to rapidly innovate to stay relevant. Innovation requires transformation, transformation requires alignment, and alignment requires a solid foundation around an idea. With the rate of evolution of technology, getting a solid foundation around your transformative idea in the quickest amount of time possible is paramount. Enter the Rapid Prototype (RP).

An RP is a high fidelity, functional proof of concept designed and developed in a single sprint. It is intended to provide a rich user experience and portray an idea to solicit user feedback. An RP is not a guided experience by means of navigating screenshots. To fully engage your target audience, give them the ability to manipulate a form, execute a workflow, or explore on their own.

When Do I Build One?

A Rapid Prototype can be utilized by almost anywhere in a business. Since the driving force behind an RP is to convey a message, sales, product, and development organizations can all reap the benefits.

Imagination is a skill. Some people have it, some people don’t. When aligning the stakeholders on a new application or feature, it is best to eliminate the “what if” and give them a What You See Is What You Get representation of the software. By eliminating assumptions, you guarantee there will be no surprises when the final product is delivered.

Taking the guesswork out will also help to drive design. User testing will result in clear expectations, pain points, and delights. With clear user feedback, you can make updates to the design to address any concerns or highlight a helpful feature.

Building out the RP will also provide development advantages. You can take an early stab at database schemas, find any technical limitations, or test out a proposed architecture in advance of actual development. Once the RP is completed, developers will have a model to reference and work from, which helps expedite the development process.

What Functionality Should I Include?

You are building a Rapid Prototype to make a clear representation of your goals. Focus on the drivers that visualize your goals. If your new product is a dynamic form generator, put your focus on building out the user experience behind the setup and configuration behind the generator. If the vision is to build the next-gen authentication service, build out the steps it takes to create a new user and sign into an application. 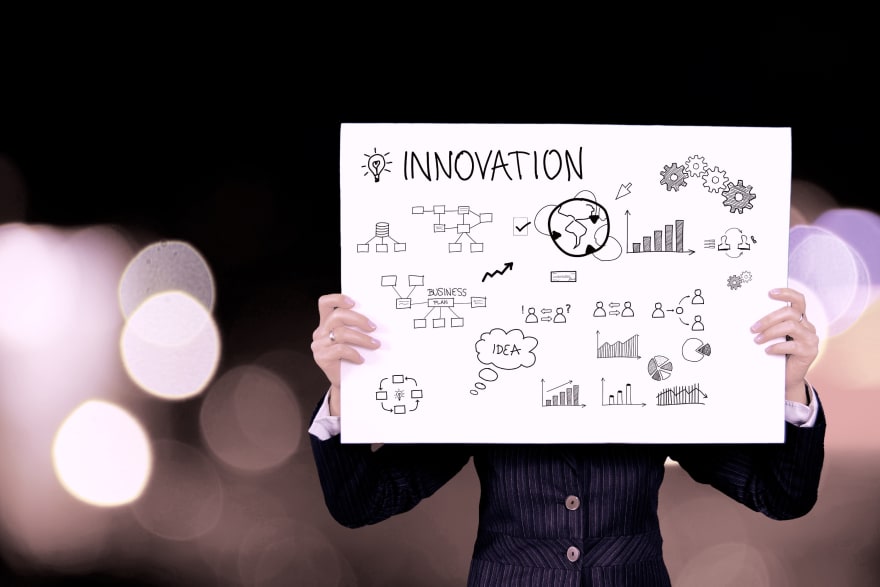 The goal here is not to build out every feature necessary to take the application to production, but rather to visualize your innovation. Remember, you only have one sprint to be feature complete with a Rapid Prototype. Spending time on functionality unrelated to your game changing set of features could inhibit your innovation time.

There is a balance, however. You want the users testing your RP to feel like they are using a fully functional piece of software. It is worth the time to build out some functionality that is related to your game changer. For example, if your game changer was a fast way to do rapid data entry on forms, you might also include a feature for enabling hotkeys to perform macro actions on repeatable data entry.

Keep your team small for the RP. One of the benefits of doing a Rapid Prototype is that they are relatively inexpensive, so keeping the headcount to a minimum will help keep the cost down. The recommended team size is 2–3, typically comprising of a UX designer and 1–2 developers.

During the beginning phases of the RP, input and vision is needed from the business side. After the initial handoff, the team will primarily be your designer and developers.

Iteration is a core pillar of the Rapid Prototype. When building an RP, it is common to hold mini “sprint reviews” every day to iterate on the design and make sure to catch any wrong turns early. Include the stake holders in the sprint review to validate the team is developing the right thing. This also gives the team an opportunity to offer alternatives to the proposed design and get an immediate response.

Where Do I Start?

I have found the most success with the cloud-based tools Figma and Outsystems. These companies offer free services to get your designs and Rapid Prototypes off the ground as quickly as possible. Since they are collaborative and cloud-based, you can see the team’s work instantly from anywhere.

Figma is a browser-based design tool used to build mockups and guided experiences. You can build out high fidelity screens that navigate a user journey in a matter of minutes. It also provides the ability to build a design library to speed up future RP’s. Figma can be used to collaborate in real time with team members, providing incredible flexibility and speed. In addition, it also provides the CSS and downloadable assets for developers when they click on any element on the screen. Use Figma to start your RP by defining the layout of the screens you are going to build.

Outsystems is a low-code platform designed to build real applications through a visual designer as fast as possible. It is a full stack application builder, ranging from the database layer all the way through to the user interface. You are provided a free development environment on sign-up and can begin building your RP immediately. Outsystems allows you to edit the CSS and style of any page or control you build.

When used together, you can design screens in Figma and build a working replica with real fields, data persistence, and navigation in Outsystems. This combo will help you deliver a robust, functional RP as fast as you can say “wouldn’t it be cool if…”

Remember at the end of your sprint, you should have a functioning proof of concept. It shouldn’t be production ready software, but it could be used as a launch point. You should have iterated many times, finely tuning both the business requirements and the user experience. You listened to your users. You have made something you can stand behind and build on top of.

Innovation is the key to success in today’s world. Building a Rapid Prototype will enable you to innovate quickly and keep your business relevant.

Do you have any experience building Rapid Prototypes? Share your stories in the comments below.

How To Generate and Validate Your SaaS Startup Ideas?

Why RUM changes your programming style.

Allen Helton
Serverless • Cloud Architect • Father • Tech Blogger • Author @ https://readysetcloud.io
Distributed Computing Explained Simply... With Ducks!
#development #tech #cloud
How to Create an Extension for Your Open API Specification
#development #api #oas
It's 2021. This Is Where Your Focus Should Be In Tech.
#api #tech #development

Once suspended, allenheltondev will not be able to comment or publish posts until their suspension is removed.

Once unsuspended, allenheltondev will be able to comment and publish posts again.

Once unpublished, all posts by allenheltondev will become hidden and only accessible to themselves.

If allenheltondev is not suspended, they can still re-publish their posts from their dashboard.

Once unpublished, this post will become invisible to the public and only accessible to Allen Helton.