Wondering what these jumbled messes of characters mean?

These are the encrypted messages of a normal message sent by a user in private or group chat.

Hey guys, how many are up to chill out this weekend with Vodka and hot dogs?

Once you hit the send button, the messages reach the server and encrypted which becomes a bundle of jumbled characters.

The encrypted jumbled characters are impossible to decrypt without knowing the passcode.

Encryption in Today’s Messaging Platform as an Afterthought

While most of the conversation in businesses and internal organization is carried over instant messaging platforms, securing the interaction is the major priority for businesses and companies to stay away from losing millions of dollars every year.

Since the increase in security breaches of some global messaging platforms like WhatsApp and Messenger, the need for encryption algorithms is a must for most messaging applications.

Encryption of Text Messages in Messaging Platforms May Be Common, But You’ll Have To Know More Than That;

While it’s easy to encrypt text messages, it's a whole different story when it comes to files, videos, images, video/audio calls.

To make sure all your chat, media files, calls and data transmitted over the servers are secure, end-to-end encryption is one of the reliable security technologies followed in most of the instant messaging applications.

There are several encryption technologies available in the market based on the form of the communication mediums. Before walking you through the different forms of encryption methods, let’s discuss encryption in messaging platforms.

End-to-end Encryption - What It Is All About and How It Works?

End-to-end encryption is an interesting piece of technology that simply works by scrambling the data communicated to prevent third-party or hackers from accessing the data while it is transmitted from one point to another point (device).

The entire data (messages) is encrypted on the sender’s device and the recipient is only able to decrypt it. The prime hallmark of this encryption is nobody in the middle (the application provider, Internet service provider or hacker) can decrypt it. The entire key exchange is explained below. 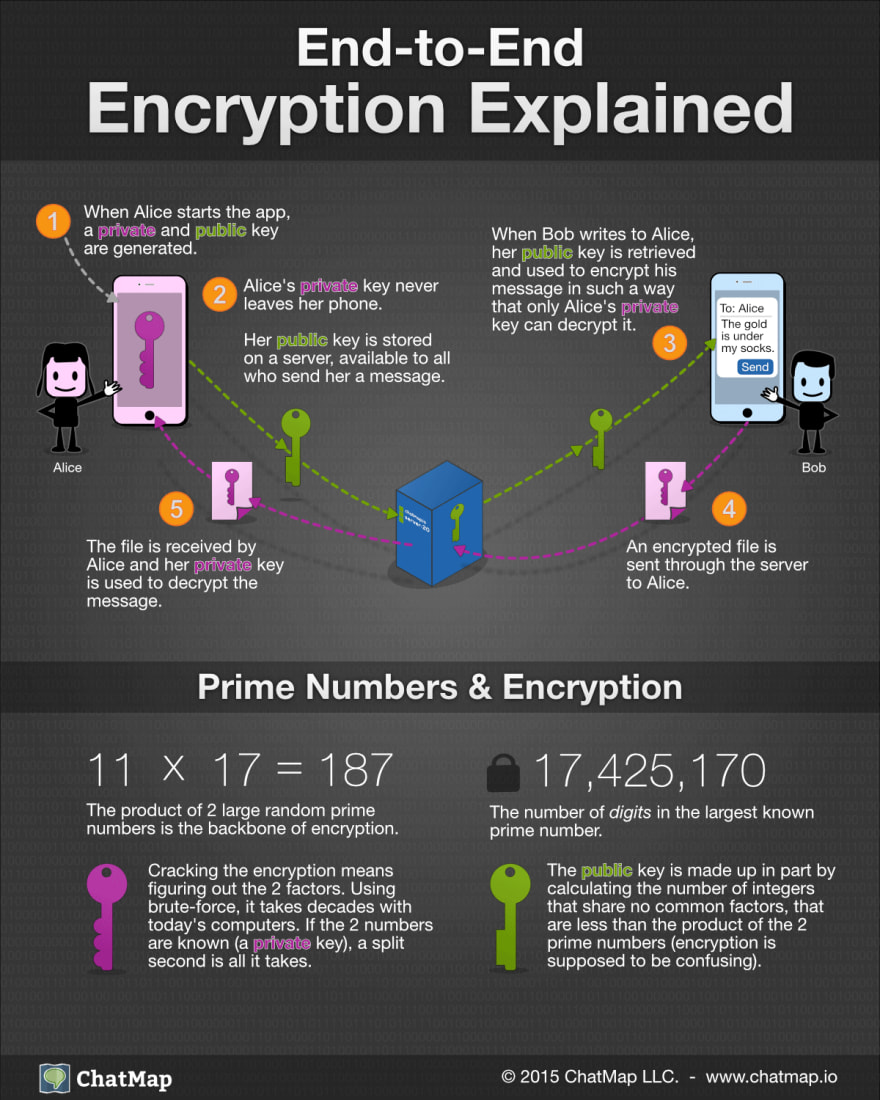 Here, the cryptographic keys are used to encrypt and decrypt the messages stored in both the endpoints. In this scenario, Key exchange is considered as unbreakable technology using different algorithms. 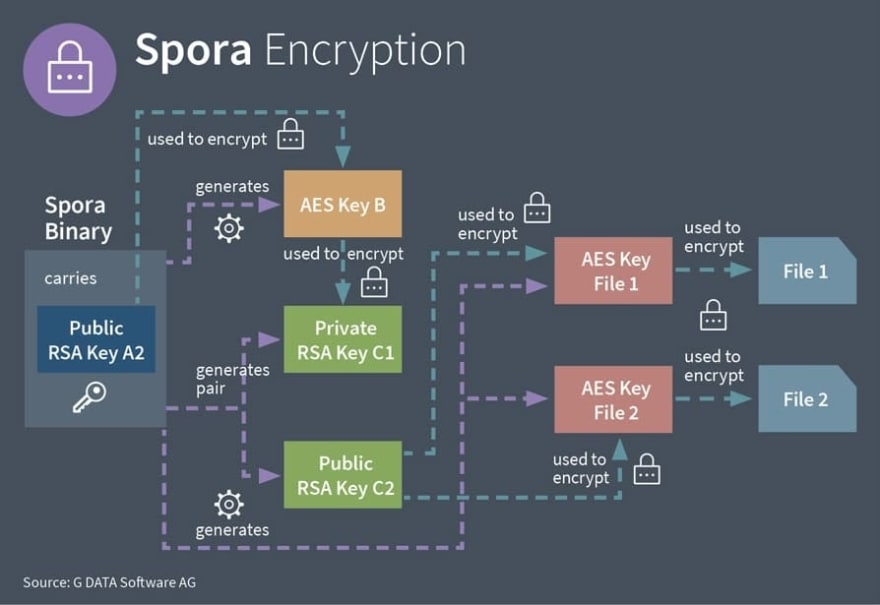 The End-to-end encryption technology is widely implemented in Enterprise chat applications providers in the market like MirrorFly, which is considered as one of the finest security technology to secure every message, image, calls carried over the messaging applications.

There are several encryption algorithms used in messaging applications to protect the data transmission between two endpoints.

The purpose of triple-DES was designed to replace the original Data Encryption Standard (DES) algorithm which was easily defeated by hackers. It uses three individual keys with 56 bits each. The total key length adds up to 168 bits, but the experts say that 112-bits in key strength is enough. This encryption is widely used in financial and other industries.

It's a public key-encryption algorithm for messages sent over the internet. The RSA algorithm is considered as an asymmetric algorithm because it uses a pair of keys to encrypt and decrypt. You have your public key, which is used to encrypt the message and a private key to decrypt from another endpoint of the device.

The RSA acts as a mumbo jumbo where the attackers and hackers find it quite it solid to break and time-consuming.

It’s found that one of the fastest of its kind where the keys used in this algorithm is up to 256 bits of length and as a symmetric technique, In this algorithm, only one key is needed. Twofish is an open-source algorithm available in the market for any software applications.

It’s the successor of the encryption keys 256, 128 and 182 bits. The Advanced Encryption Standard is the algorithm trusted by the U.S Government and other top organizations. It uses numerous keys and the 512-bits key is considered impervious to all attackers.

End-to-end Encryption: The Heart of Security for Messaging Platforms

While the end-to-end encryption settles as the heart of the messaging app data security and enables users to feel secure while exchanging their thoughts, it’s not 100% secure to encrypt and decrypt messages until a backdoor is being discovered by the attackers or hackers.

As the businesses have more chances of getting attacked by hackers, most of the businesses dependent on communication platforms prefer enterprise instant messaging solution providers who offer end-to-end security as the default privacy method to protect the messages relayed.

Designing A Simple Key-logger In Python

Alex Sam
This guy is a blogging freak. He craves to blend the finest words to deliver meaningful, informative content in the most
Intro to Doppler: Real-life Use Case
#security #javascript
10+ Github Repositories You Should Know as a Developer
#webdev #programming #productivity
To GraphQL or not to GraphQL? Pros and Cons
#graphql #architecture #security