First I wanted to say I hope every one has had a good week. And with that said lets get into it. So a little bit of a background on this post. I have been working toward the goal of getting into game/graphics programming. And so far it has been a lot of work. But I have enjoyed the pay off of seeing my skills grow.
And with that I have finally accomplished creating my first game prototype in unreal. Before I get into the details I wanted to say if you are ever looking to get a starting place into game programming. I have been taking the courses from https://www.gamedev.tv/.Who really help get the ball rolling.

Because of these guys I have been able to go from not knowing any thing about c++ and unreal to well being able to build my first simple prototype. So here is what I really want to cover in this post. Starting with what is my game prototype.How long did it take me.How did I keep my scope small and lastly what were the up hill battles I faced.

So the game prototype I came up with was based on the course I took from gamedev.tv. Which was to build a simple escape room. You can see a couple of the images of the game at the end of this post. What I decided to take from this idea was to build a prototype Where the user must get two keys. Within the house in order to escape.To design this idea I placed one key in a cage and the other key out side the cage.On the seconded floor of the level. On the first floor I then took and added two boxes and a pressure plate. The two boxes are what allows the player to unlock the seconded key in order to escape. Now the trick to the mechanic of the game is that one cube will kill the player. And the other will allow the player to unlock the key. They are based upon weight and the player must make a guess as to which will work.

So now that you have a idea of what the game prototype is how long did this really take? So it took around a couple of months actually. And there is a lot behind why. One even though the game is super simple and small. There is actually a lot to it behind the scenes with the code. That I had never done before. So working out the logic on my own with out the help of a step by step tutorial. Makes things a lot harder. And it also really helps break away from the tutorial loop. The other reason it took me as long as it did was I also had to relearn basic modeling in blender. I also went through a few iterations of the house model before I decided on the design that I did just to move forward. I suspect the more and more I do this the faster I will get at doing this.

Now the next thing I want to talk about is project scope. This is something that Is huge to realize when making a game especially a prototype. And While I would go on about how I did it. The best place to get this advice from and where I learned it from. Is extra credits "Making Your First Game: Minimum Viable Product - Scope Small, Start Right - Extra Credits" https://www.youtube.com/watch?v=UvCri1tqIxQ

Lastly lets talk about some of the up hill battles I faced. And let me tell you there were a lot of them. The first one I ran into was the billion unknowns and the good old impostor syndrome. Of i dont think i can do this ect. Secondly the other uphill battle I ran into was FINISHING the project. There was all these ideas that were running through my head all the time. And I had to constantly keep my end goal in mind and that was to go from A to B. And just finish so i can move on. And lastly as I dont want to make this post to long. The last uphill battle I faced was figuring out all the unknowns to the project. There were a lot of times where I faced that dreaded blank code editor wondering where to even start. And it can get really really hard. But as with any project let me tell you there will alwase at some point. Become this aha moment and you will break through it. So you just got to keep pushing forward.

With all that said if you would like to download the games project files. I will leave you with the link to the project repo here.

The escape puzzle is a game prototype I made. Inorder to help me continue to learn unreal. As well as get the experince of getting better at prototyping games. And improve my programming skills. I also wrote a blog post on the experince that you can check out below.

"The end results of creating my first game prototype in Unreal" 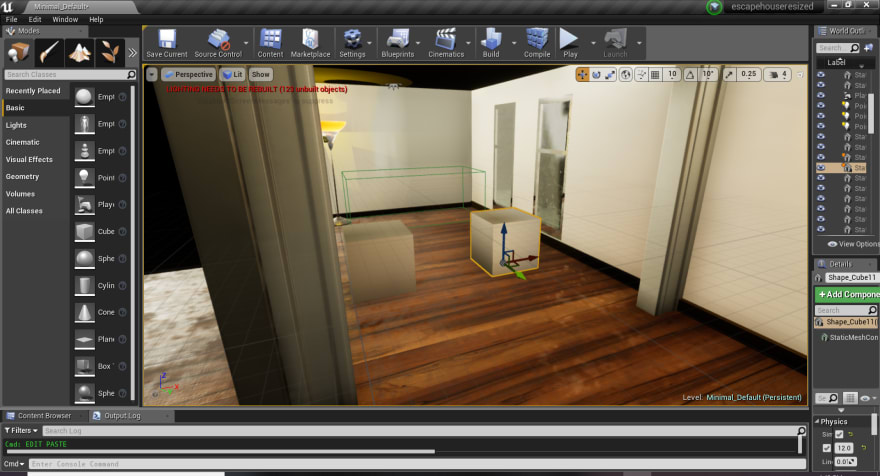 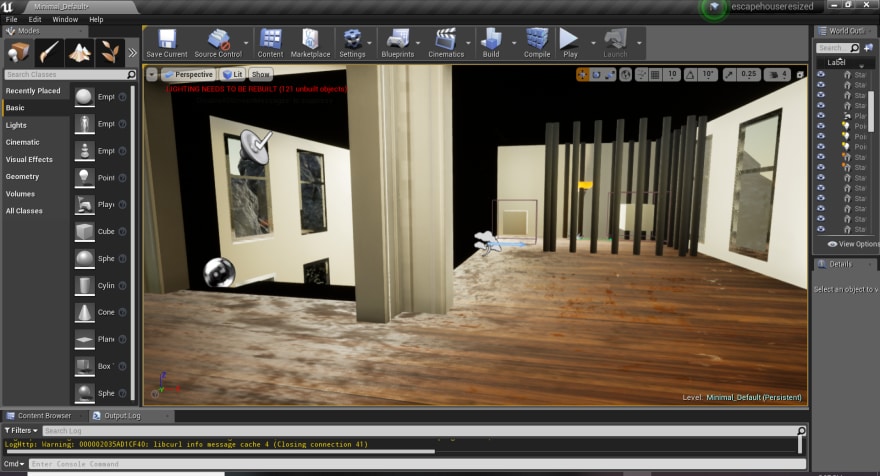 Programmer|Gammer| Wanting to go far in life.|Documenting my process of breaking into graphics programming.

Thank you DEV and everyone! 🤝 I have become one of the Distinguished Authors of 2019!

DeckDeckGo: Kick-starting 2020 with so much improvements

is there anything tech NOT on devto ?