I've been thinking about learning something new, so I went to Stack Overflow Surveys to see what technologies are people actually working on right now, and I saw this: 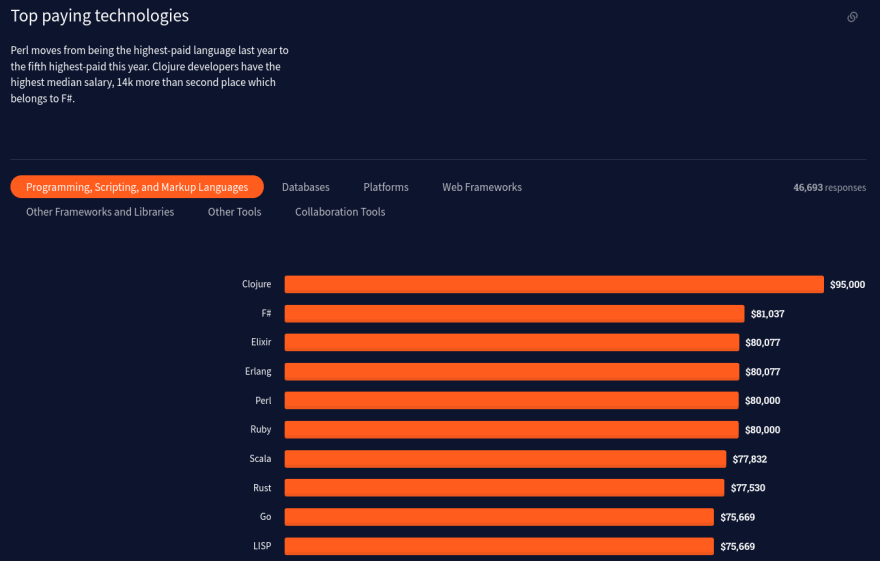 The top paying programming language is Clojure? Followed by F#, Elixir and Erlang, and a few positions below Scala and LISP, I'm impressed.

What are the advantages of the functional paradigm? In what situations are this languages used? For someone that wants to learn something new, what language do you recommend to learn first? I thought about Haskell or Clojure.

Once suspended, alesbe will not be able to comment or publish posts until their suspension is removed.

Once unsuspended, alesbe will be able to comment and publish posts again.

Once unpublished, all posts by alesbe will become hidden and only accessible to themselves.

If alesbe is not suspended, they can still re-publish their posts from their dashboard.