There are three versions of the algorithm based on speed setting of rav1e. Detailed description of each version is down below.

Desciption of each version

Results and examples of each version

The slow version is marked in the legend as "with blocks". "Without blocks" is the similar metric but without division of frames into blocks.
Results on BBC dataset: 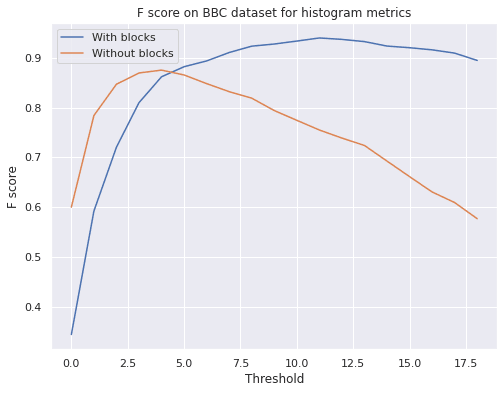 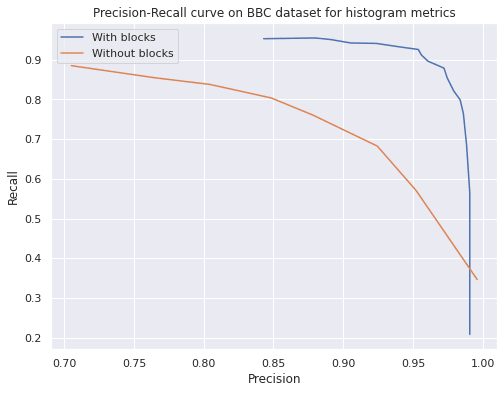 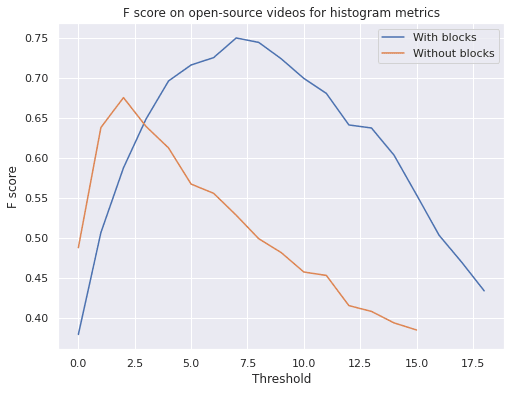 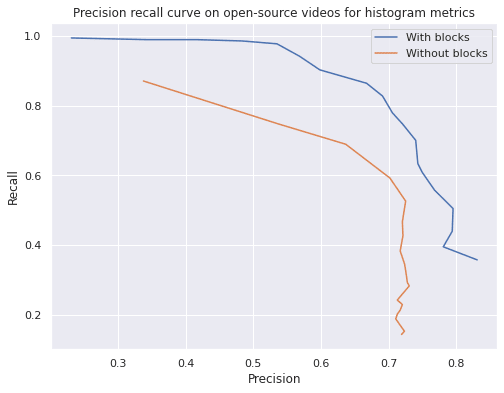 Here you can see charts of performance (F score, precision and recall) of the algorith depending on the threshold. These results were obtained with open-sourced videos from youtube.com and vimeo.com 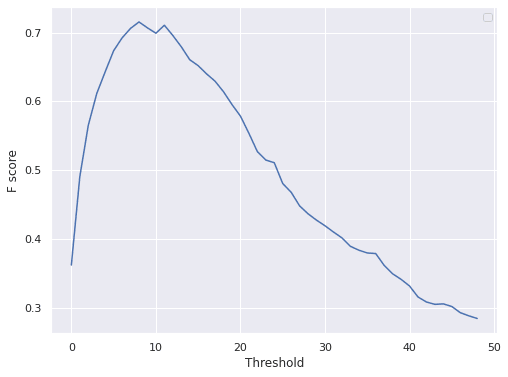 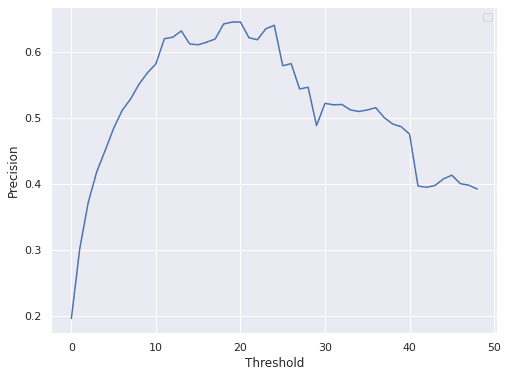 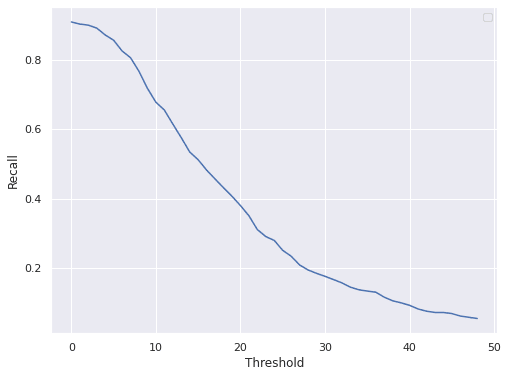 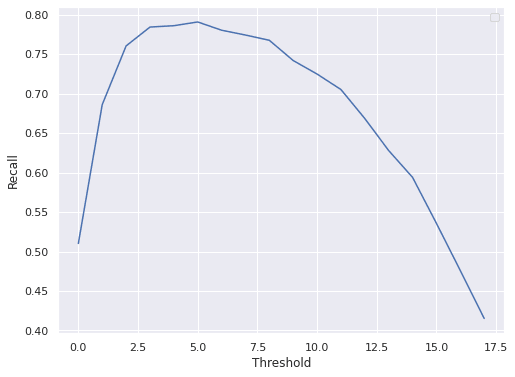 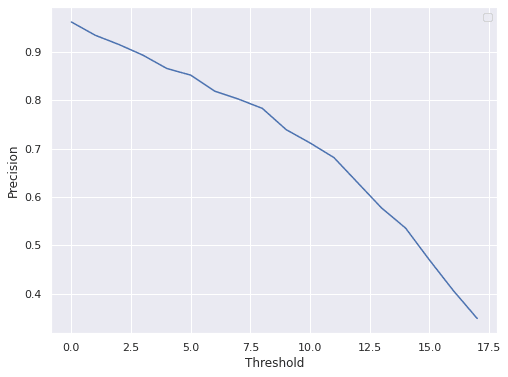 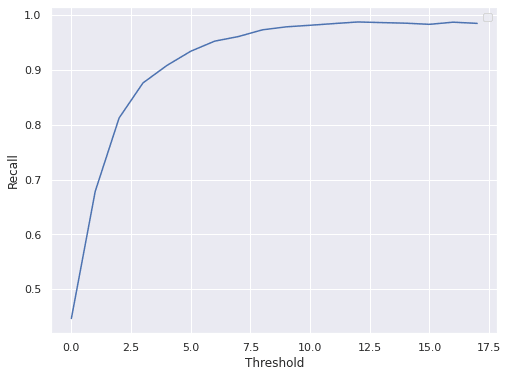 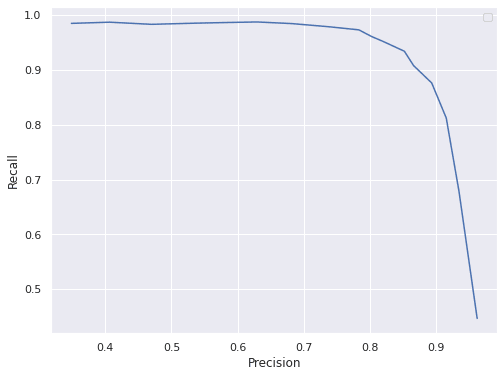 Here you can see experiments with threshold for fast version. The bold line represents old fast version, the bottom line here is the old slow version of the algorithm: 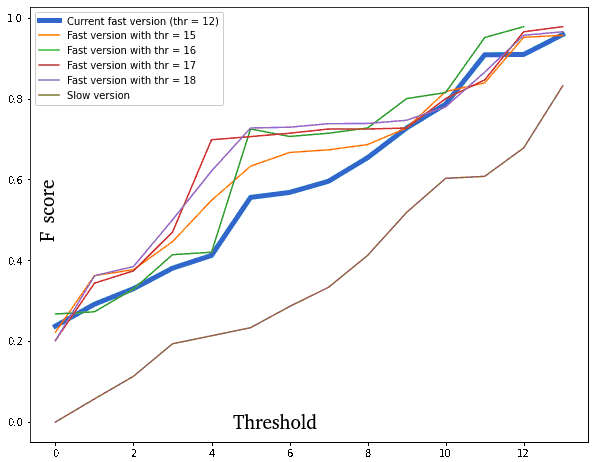 Detailed analysis can be seen here:

Here I want to show how I improved metric values in all version from the old ones.
Blue line represent values of algorithm's metric on frames, orange - threshold, gray lines represent if algorithm marked this frame as scene change.
Here is the example of the outcome on one of the videos: 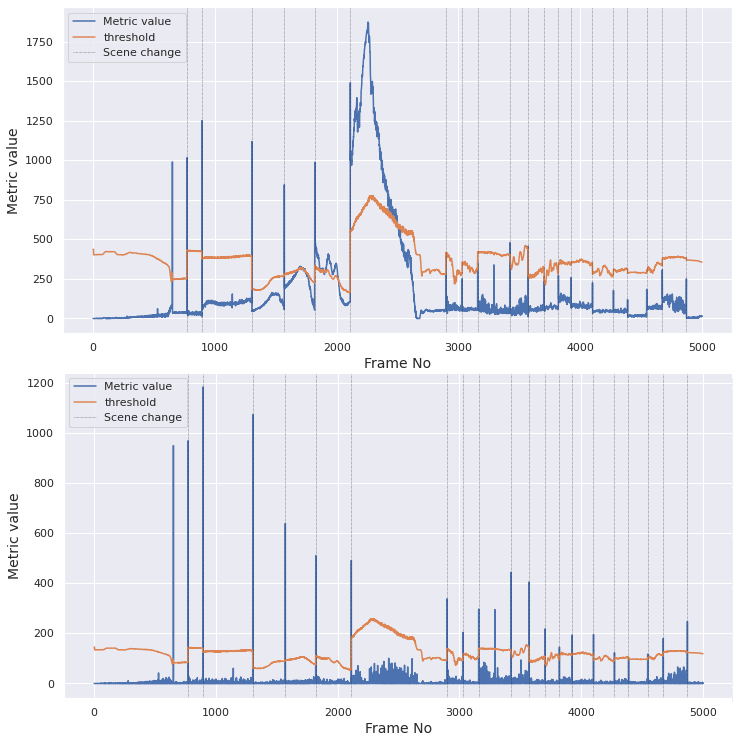 The top picture shows original metric values, the bottom one shows metric after improvement.
You can see that the peaks with the scene changes became more distinct, so the threshold is easier to tune.

Here is a list of ideas that I implemented, but they turned out to be impractical:

Self Learning or Official Course Training