We've had a few good posts on the old "What Is Your Job Title?" question here on Dev (here and here). But I have a problem with job titles. They invariably tell us nothing about what you actually do while sitting in the chair for 8+ hours each day.

I thought we could have a little fun with it and see if anyone can show which fictional character they feel best represents what they really do in their job. Could be from a book, a TV show, a movie, comics, songs, whatever - just as long as you can tell us which characteristics or actions tie them back to your role. 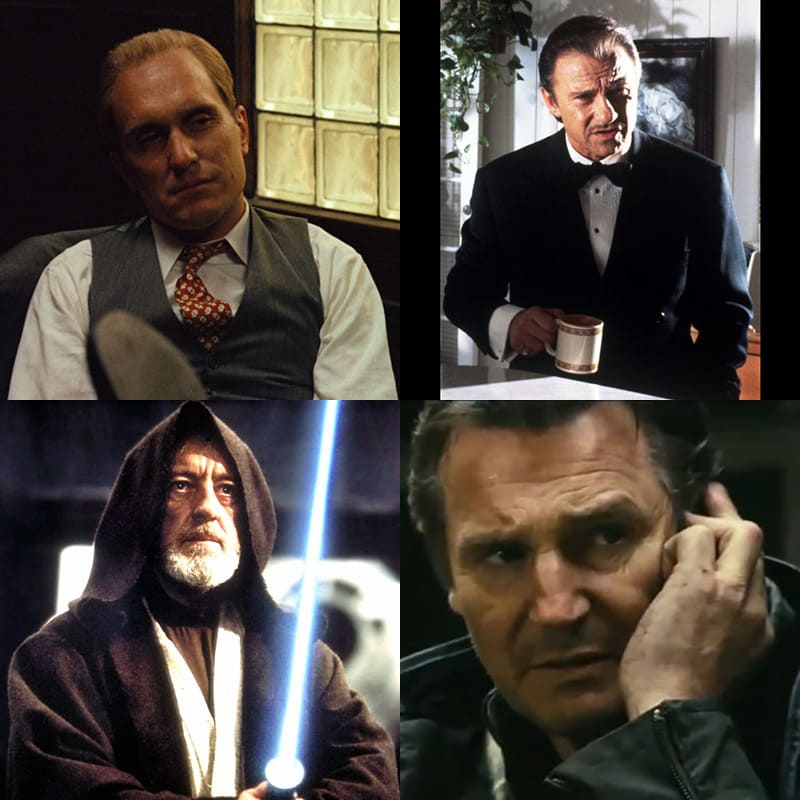 My job title is "Head of Retail Commercial Excellence". (Gives very little away, doesn't it?) These days, my role is best described as a cross between Winston Wolfe from Pulp Fiction and Liam Neeson in Taken.

I use my "particular set of skills" to take care of difficult problems. Maybe not quite in the same way those two take care of their problems but still...data can get very messy.

Throw in a bit of Tom Hagen from The Godfather for mediating between different factions and areas in the business to deliver executive orders. And a dash of Obi Wan Kenobi after he became one with the Force as I help mentor and advise people in the mystic arts of our systems and business data. And you're 90% of the way there.

(Yes, I have given this question some thought!)

It's not just a bit of fun.

You never know who you might get chatting to at a meetup or online. Answering the inevitable "And what do you do?" with "I'm a <insert generic meaningless job title>" really won't do you full justice.

If someone told me they were a mix of The Wolf and Liam Neeson though I'd probably give them the old eye roll so don't necessarily rhyme that off. But at least get the main concepts of what it is you actually do beyond the usual generic "I write code"/"I analyse data"-style answers. You never know where the resulting conversation might take you.

I've ran analyst interviews where the candidate couldn't deviate at all from what they've (sparingly) written on the page. Sometimes it reads like it's been cribbed straight from the job advert that they got hired on the previous time. It never fills me with confidence that they might actually have the street smarts to operate without needing to be hand-held the whole time. And no-one wants that.

Let's see what you've got for us.

Is "The Great Resignation" a real thing?

Pitch me on Ruby