This is the third post in the series of posts on building an ASP.NET web application. In this post, you will learn how routing works in an ASP.NET application.

Routing is responsible for mapping an HTTP request to a controller action, which is an executable endpoint. An action method executes in response to an appropriate request. It does the work to process the request using the business logic in the models, and passes the data to the view. A view renders the data in a suitable format.

An important benefit of using routing to handle the requests is that it decouples the code from the URL that is used to execute it. This allows you to change the URL by making changes in the routing system, instead of modifying your code. You can create different routing patterns to map different URLs to different action methods on the controller.

For example, a request for http://localhost:5001/posts will be handled by an action method on the PostsController. This method invokes the business logic by fetching Post.cs model from the database and sending it to the view.

In ASP.NET, you can either use conventional routing, or set up your custom routes using attribute-based routing. In real world, we use mixed-routing to use the conventions most of the time and using custom routes when necessary.

When you created your app using the generator, the default routes were created in the Startup.cs file. In the Configure() method in Startup.cs, you will find following code that creates the default convention-based routing with the given name and pattern.

It is called conventional routing because the router directly infers the controller and action method from the URL itself, by following a convention on the URL segments. A segment is a part of a URL that's separated from other segments by '/' character.

For example, given a URL /Products/Details/5, the router will select the Details (int id) action method on the ProductsController, passing 5 as the id. URL /posts will be mapped to the Index() method on the PostsController.\
The framework also provides a convenience method, named MapDefaultControllerRoute, which you can use to replace the MapControllerRoute() method. For example, the following code sets up the convention-based routing following the same pattern.

Conventional routing makes your code predictable, and the URLs readable and meaningful to both the user and the search engines. It is often a useful starting point for CRUD-based web applications. It also enforces consistency across your controllers.

Now, the conventional routing works as long as your application code conforms to the conventions. They are also not enough if you want to create a web api for your app and want to name your action methods differently than the URL paths.

In attribute routing, you can use attributes to connect a given URL path to an action method. The [Route] attributes can be placed on the action methods themselves, or the controller. The controller and action names don't have any control over which action is matched.

For example, the /Products/Category URL will match the GetAllProductsWithCategory() action method in the HomeController, and you are not forced to use the longer method name.

To learn more about routing in ASP.NET, see the official Microsoft documentation.

Now that we have a basic understanding of routing and how it works in an ASP.NET application, the next step is to modify the generated code to send custom HTML. We will keep things simple, and send a simple "Hello, World" string as a response, when the user navigates to the /blog/welcome page.

To get your app saying "hello world", you will need three things. A route, a controller with an action, and a view. As we saw earlier, a route maps a request to a controller action. A controller action performs the necessary work to handle and process the request, and prepares any data for the view. A view then displays the data to the user.

We will stick to the conventional routing to keep things simple and easy to understand. To map the route http://localhost:5001/blog, we will need to create a BlogController in the Controllers directory, with an Index() action method.

The Index action returns a View by calling the helper method View(), which is defined in the Controller base class.

By following convention, when an action does not explicitly render a view with a name, i.e. View("Welcome"), ASP.NET will automatically render a view that matches the name of the controller and action. Views are located in the Views/ directory, so the Index action will render Views/Blog/Index.cshtml by default.

Now that we know which view will be rendered by default, let's create the view file Views/Blog/Index.cshtml with following content.

Now start your application by running the command 'dotnet run', and navigate to the https://localhost:5001/blog/ URL (assuming your app is running on the port 5001).

You will be greeted with the glorious words that every programmer in the history of programming has witnessed on running their first successful program. 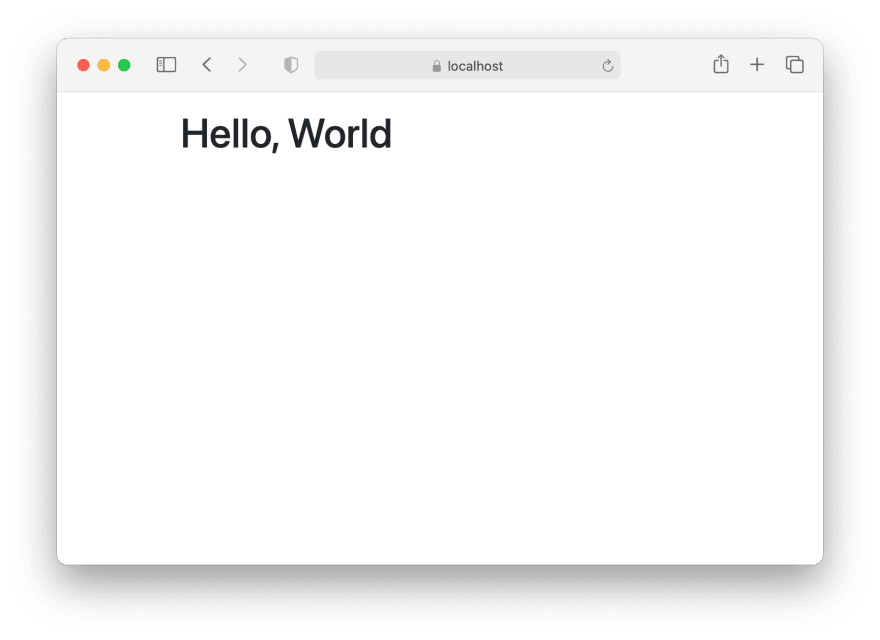 So far, we've discussed routes, controllers, actions, and views, which form the fundamental pieces of an MVC web application. Now that we have a controller and a view to work with, we will have a look at models. We will create a new model class, and display the model to the user using the view.

A model is a plain C# class with properties that are used to represent real-world data. A model class can also contain the business logic specific to the application.

Let's create a new class in the Models/ directory called Post.cs. The name of the class is singular because an instance of Post will represent a single blog post in our weblog.

Now that we have a model, it's time to put it to use. We will instantiate a new post in the controller and displaying it in the browser using the view.

In the BlogController, add a new action method Post, as follows.

As we are following the conventional routing, the framework will try to find the Post.cshtml under the Blog directory, to render our model. Let's create this view, which is nothing but an HTML template with embedded Razor markup. Razor markup is code that interacts with HTML markup to produce a webpage that's sent to the client.

There are a few things of importance in the above code:

That's all. Now that we have our model and view ready, the final step is to restart our app, and navigate to the url https://localhost:5001/blog/post. You will be greeted with the first post that we just created. 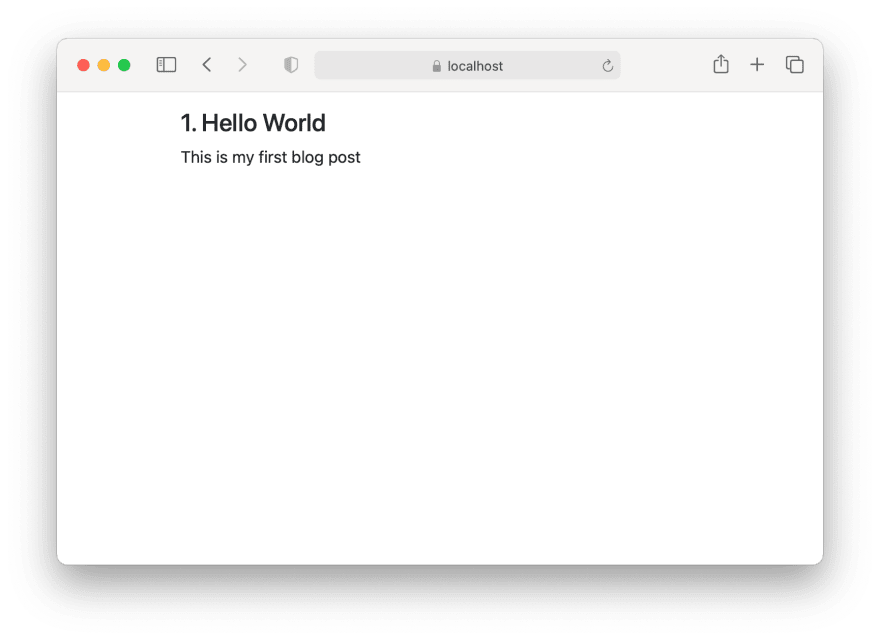 In the next post, we will work with the entity framework, to create a model backed by the database.