Recently, I wanted to install a TeX system on my Ubuntu 20.04 PC. I tried installing MiKTeX after someone recommended it to me (thrice...), but I found myself unable to update TeX packages because of a cryptic SSL peer certificate error. I reported this in an issue to the MiKTeX repo, but was instead told that my system did not support MiKTeX. Great.

Next, I tried to install TeX Live. It seemed simple enough, with a sudo apt install texlive. Can't get any easier than this, right?

So it turns out that the apt package for TeX Live is still the 2019 version. Now unfortunately, this meant that I again could not update packages, since tlmgr, TeX Live's package manager could not verify the signature for a repository. I tried following this post on TeX Stack Exchange, but this didn't work out.

So I decided to ditch APT, and tried following the TeX Live Quick Install docs (which is probably I should have done first). But even in this method, the default mirror which was chosen was too slow, and for some reason, the default, recommended scheme to install TeX Live (called full scheme) installs around 5GB of TeX software - fonts, packages, et cetera. For someone beginning with TeX, this did not sit well with me.

Enough with this rant, let me list down the steps that I followed to install TeX Live on my system. Note that there are most likely better methods/choices that one could use, but these steps worked for me.

Simply said, TeX is a popular typesetting system, especially in academia, that enables one to write documents that involve a lot of formatting, mathematical equations, tables et cetera. It was made by ACM Turing Awardee Donald Knuth (who is a legend, by the way).

TeX Live is a software distribution for TeX, and includes some programs, macros, packages and fonts. It has a package manager specifically for TeX packages, called tlmgr, that is used to install and update TeX packages. 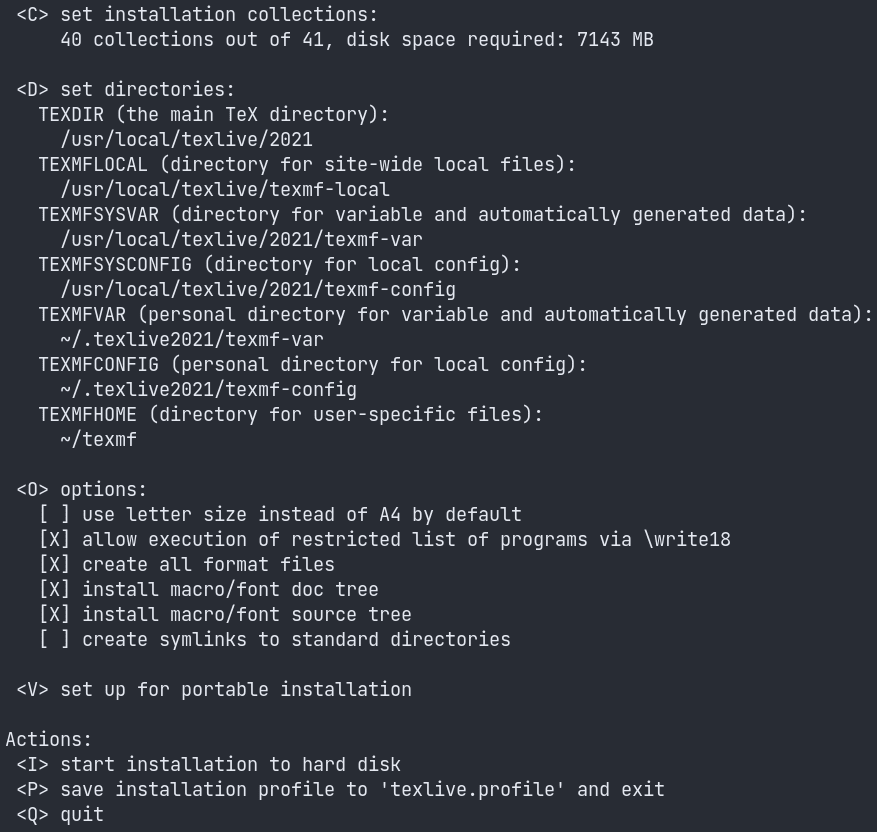 7GB by default, not cool. 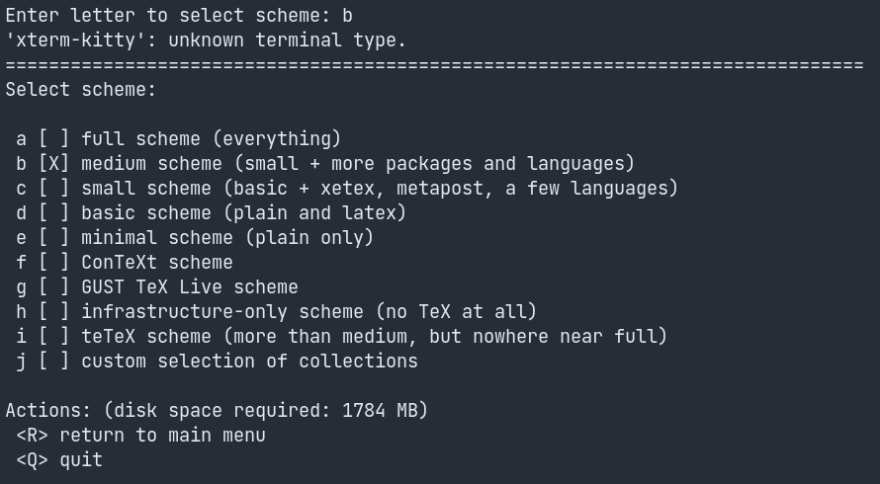 I'm happy to say that this worked fine! Most TeX editors should be able to configure the backend (TeX Live, in our case) automatically, provided you have set your PATH variable and your shell knows about it. 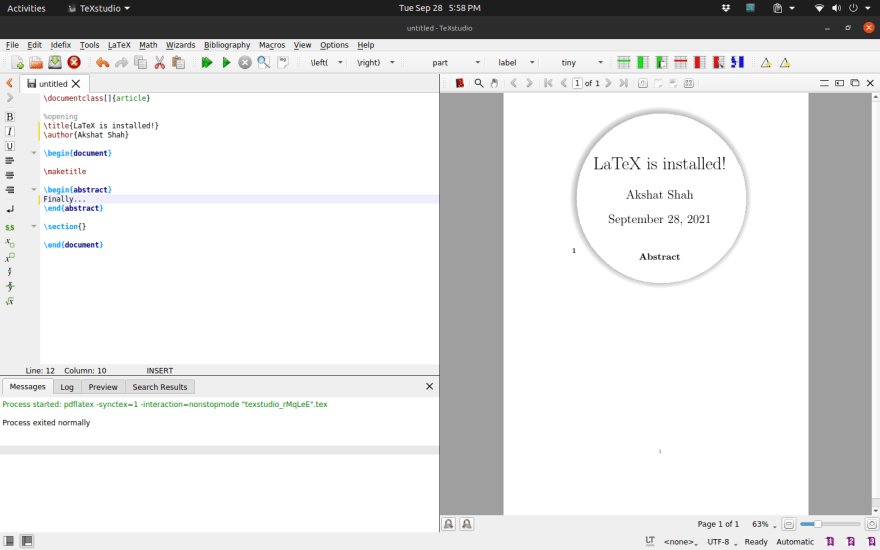 Installing TeX Live over the Internet

For the tlpdb error: An answer in a forum discussing "Problems installing TeXlive in CentOS7"

Towards a Pure Elm Text Editor

Akshat Shah
#DEVDiscuss: to Specialize or to Generalize?
#devdiscuss #career #beginners
What was your win this week?
#discuss #weeklyretro
Chrome Extensions of the Month - January 2023
#productivity #webdev #javascript #beginners

Once suspended, akshatshah21 will not be able to comment or publish posts until their suspension is removed.

Once unsuspended, akshatshah21 will be able to comment and publish posts again.

Once unpublished, all posts by akshatshah21 will become hidden and only accessible to themselves.

If akshatshah21 is not suspended, they can still re-publish their posts from their dashboard.

Once unpublished, this post will become invisible to the public and only accessible to Akshat Shah.

Thanks for keeping DEV Community 👩‍💻👨‍💻 safe. Here is what you can do to flag akshatshah21:

Unflagging akshatshah21 will restore default visibility to their posts.