Few weeks ago, Joel Spolsky arrived to Tel-Aviv and conducted an interesting talk (as usual) about software, stackoverflow and more.

Joel noted StackOverflow (SO) new feature -- 'SO for teams'. 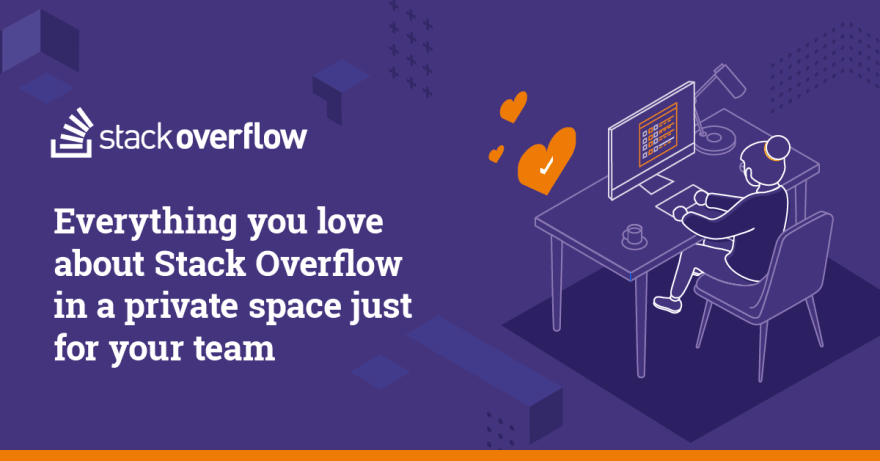 Instead of writing documents, powerpoints, emails or just letting your knowledge go away -- Joel offered the Q+A format of SO, internally into your company / team for knowledge management and retention: improve your teams knowledge-sharing by asking and answering questions.

According to Joel, it is already integrated successfully in many companies ('Apple', 'Microsoft' and more). Instead of looking up in your so-called-internal -knowledge-system, just search for the question, as you do externally when tackling coding problems.

Besides knowledge retention, this can be a great tool in developing team-work, producing better code and mentoring junior developers.

What happens if you can't integrate this great tool to your team (too costly, regulations, corporationZZ.......) ? don't give up!

Two weeks ago I was troubling with work related implementation problem. I had the logic already figured out, but could not implement it due to 3rd-party code issues. I googled the problem and found out there is an unsolved git-pull-request regarding this issue from 2015. Coding the solution myself could be possible, wrapping the 3rd-party code, but I did not liked any of the solutions that on my mind - I wanted a better one.

I opened a SO thread, but answers were not coming - as the problem was too-linked to our own team-implementation and logic. I had to supply results asap, then I thought on consulting other team members, but how?

Skyping or emailing my other team members might not be easy or productive - as developers are too bothered with their own tasks and question was too broad. Solving it needed some thought and time,

But I have already questioning it in StackOverflow.... why not just consult my team via the SO thread?

Then in one of our development meetings I have noted I'm troubling with a problem, and linked everyone with my SO thread.

The responses we're great, I expected it would be much easier to understand and tackle the problem while reading it via a thread in your office, and not in a face2face talk or with skype. Besides that, team members wanted to 'show' they can solve the problem (and maybe earn SO points as well?) and a battle between team members on who solving it faster have raised. Describing the question and problem in detailed SO format helped in giving emotion and 'seriousness', as the time I spent on defining and writing the question - also improved my understanding of the problem and my team members took this question more seriously.

Further more, if you already found out a solution to the problem - why not sharing it with the whole community?

One of the senior's offered a solution, then answered the SO thread - 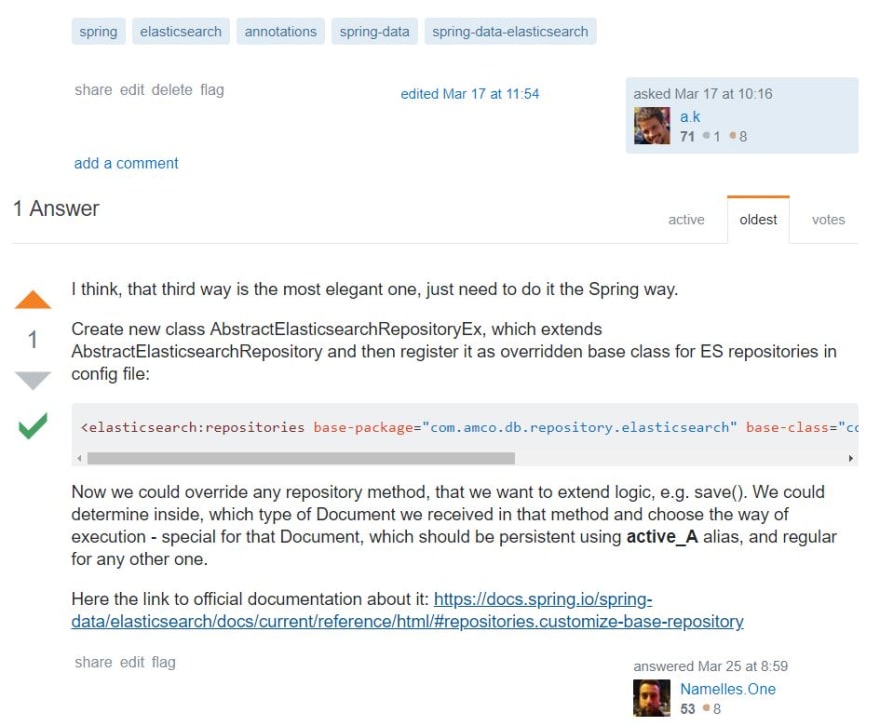 In conclusion, this concept of team-stackoverflowing can be much useful even if you do not have 'SO-for-teams' platform integrated both for knowledge retention but also for team-work and knowledge transfer, as you can just use the public service with your team. Consulting team members using SO platform is much better than email/skype/face2face-questioning, it makes the problem easy to understand, it adds emotion and 'points' to the issue (and thus solves the problem faster), it keeps the data backed-up and it supports the community. Give it a try!