Back in July I was considering building a project with Sapper, which thankfully I never actually started. I say thankfully because, as Rich Harris announced at the recent Svelte Summit, Sapper 1.0 will be released... never.

Instead the Svelte core team is shifting its efforts to a project known as SvelteKit, as detailed in What's the deal with SvelteKit?. It's important to emphasize here that the people building Svelte, Sapper, and SvelteKit are all basically the same people. So really nothing drastic is changing here, it's more of a rebrand and namespace migration. Or is it?

There is also going to be a larger focus on serverless technology, with Svelte now being referred to as a "serverless-first" framework. But to me the most significant change by far is the removal of Rollup as a development dependency and its replacement with Vite.

SvelteKit is very new, so new it currently exists mostly in the form of the a monorepo inside the SvelteJS GitHub organization and a website. But you can download it and start using it, albeit with many, many caveats attached to it.

After initializing the project you'll be given a disclaimer.

Welcome to the SvelteKit setup wizard!

SvelteKit is in public beta now. There are definitely bugs and some feature might not work yet. If you encounter an issue, have a look at https://github.com/sveltejs/kit/issues and open a new one, if it is not already tracked.

You'll then be asked a series of questions to configure your application. Feel free to answer based on your own personal use case.

For the sake of simplicity in this blog series I answered no for TypeScript, ESLint, and Prettier and I will not include any additional CSS libraries.

Open localhost:3000 to see the project. 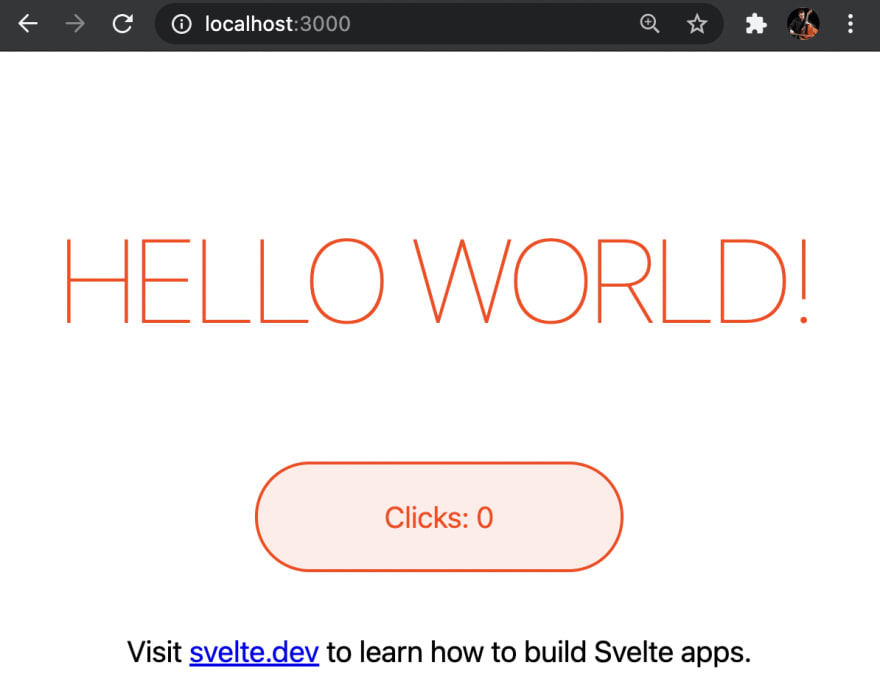 Something might happen if you click the button that says Clicks: 0, although what that could be no one can possibly know.

If we look at our terminal we'll see the following message:

I used to have a Snowpack joke here, unfortunately that joke is now deprecated.

Now we'll look at the code.

Unlike React, Svelte does not have a virtual DOM. Instead, Svelte includes its own system of reactivity to keep the DOM in sync with your application state. This includes responding to events, such as a mouse click. You can listen to any event on an element with the on: directive.

We start by initializing a variable called count to a value of 0. We create an increment function that adds 1 to the count.

We pass the increment function to on:click

To make sure everything is working we'll make a change to our index.svelte file. 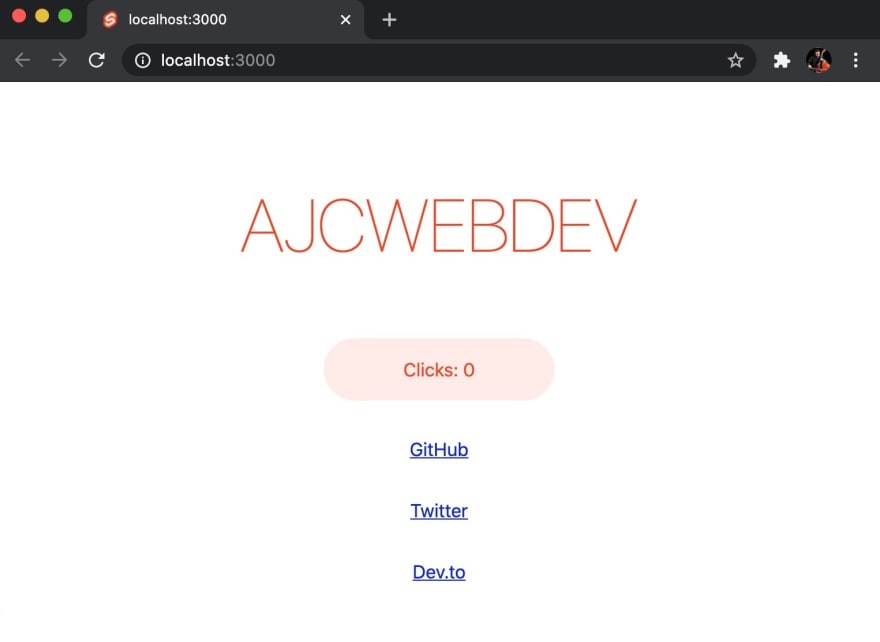 SvelteKit is a rare framework containing configuration that's actually interesting. You may have heard in the past that SvelteKit was using Snowpack. While SvelteKit was heavily developed in tandem with Snowpack, it migrated to Vite in February 2021 about a month before its beta launch. You can read Rich Harris's reasoning for the switch here.

npm run build will create a standard Node app. target will hydrate the

Svelte apps are built with adapters for optimizing your project to deploy with different environments such as:

There are also adapters for running your app on a Node server or deployed on a static hosting provider.

By default, npm run build will generate a Node app that you can run with node build. To use a different adapter, install it and update your svelte.config.cjs accordingly.

Building a blog with Svelte: Dynamic imports For Svelte components

Plenti - the Svelte SSG taking advantage of the JAMstack