Abbreviation of OpenCV is an Open-source computer vision library which is developed by Intel in 1999. It is a cross-platform library which is works on processing and analyzing the features of capturing videos, and images. Computer vision which inherits both AI and machine learning inside it enables the machine to identify, understand and process images like a human. In OpenCV, the computer trains itself by capturing images and videos and uses that information to classify the objects such as the application of face detection and object detection. It works on real-time image processing. It supports various algorithms.
Which programming language is compatible with OpenCV?
It is compatible with C/C++, but Java and Python API can also use OpenCV.

Tensor-flow is an open-source end-to-end library that works on numerical computations. A platform for machine learning which has libraries and resources to gather data, train models, predict estimations, and analyses that use in future results. It helps the developer to deploy machine learning-based applications. It is used for SaaS(software as a service) applications. It is a mathematical library based on data flow that focuses on acquiring data and trains machines according to it. TensorFlow allows the developer to perform the computational task by creating the graph. every connection and node of the graph shows data and arithmetic operations, respectively. It helps machine learning to train models, identify patterns, recognize voice and images, and make decisions with less human interference.
Under the Apache license, TensorFlow was developed by Google Brain Team in 2015 for powering machine learning Applications as well as AI development. Google developed it for its internal use.
TensorFlow is good at train and execute deep neural networks for Algorithms such as NLP (natural language processing), voice search, and image recognition. It is a user-friendly flexible application 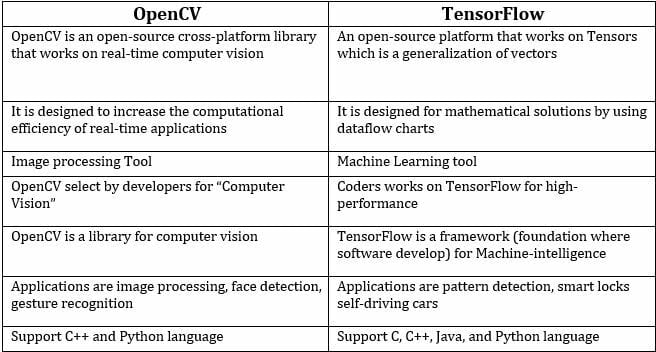 Pipenv: Why you should use it as a Python Developer

Once suspended, aisharajput will not be able to comment or publish posts until their suspension is removed.

Once unsuspended, aisharajput will be able to comment and publish posts again.

Once unpublished, all posts by aisharajput will become hidden and only accessible to themselves.

If aisharajput is not suspended, they can still re-publish their posts from their dashboard.

Once unpublished, this post will become invisible to the public and only accessible to Aisha Rajput.

Thanks for keeping DEV Community 👩‍💻👨‍💻 safe. Here is what you can do to flag aisharajput:

Unflagging aisharajput will restore default visibility to their posts.