I always like to start by understanding why something is used for, what are the possibilities with certain technologies or languages and who is using it.

Let's get started by writing some of the main characteristics of the Go language:

All these features look nice, but then i moved to another question, what is GO used for??

According to GO official website you can use Go for: 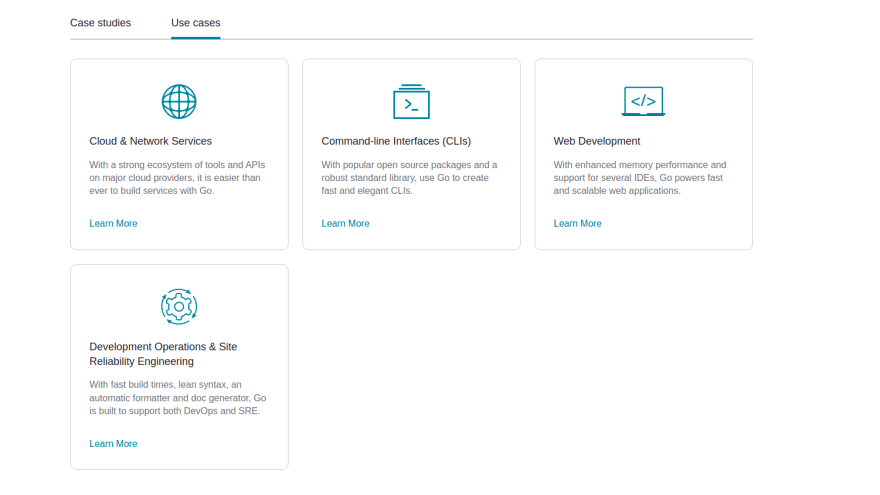 What jumps to my attention was the cloud aspect, so digging a little further i have found reference about using GO for:

But related to this aspect, the most interesting part is that GO really excels on infrastructure stuff, this is why Docker, Kubernetes and Prometheus are build on GO.

Really cool features and use cases, but who is using it?

This was my third question, i wanted to know if learning Go will help me on my current job or if it will helpful in the future.

So let's travel again to the oficial GO website and look who is using the language. 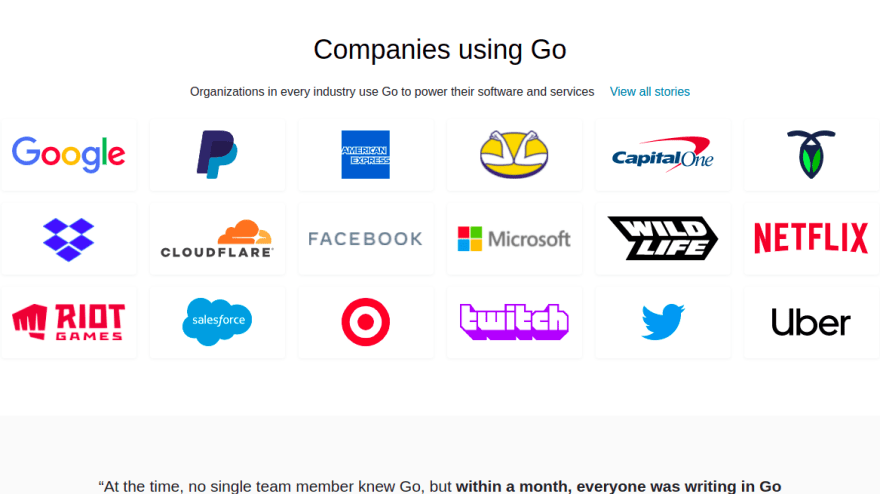 Very interesting, Google was the creator so it should be using it, and the rest of companies using it are important ones. These companies using this language let us know how important it is, and taking a look in pages like LinkedIn you can also notice an increment on GO developers requirements.

Now, i was convinced, this was a good technology to learn, so i started this journey.

First of all, install Go

I have always think that infrastructure and architectura subjects can be learn by studying, but coding requires practicing. THe first step is to install GO, get in touch with the process and lear where are the bins stored and how the language works.

As i saw in several sites, it is recommended to use GO on Linux, it is not mandatory just a recommendation. I will be installing GO 1.17 (*At the date of this post, version 1.18 i think was already release, but this 1.17 is stable).

For the OS, i am using Using Ubuntu 20.04 on a laptop and for coding i am using Visual Studio Code, i have more experience using this software and the GO plugin is really good.

Let's get started, i follow the steps on the official documentation for Linux installation

After the software was downloaded i follow this steps:
GO Installation guide

Note you can download your installer anywhere you want, but you should decompress it on the route /usr/local/bin

** Note ** using this steps yo should log out and them login back so the .profile get the changes on the path.

You can test the installation was correct by running:

Now you need to configure your environment for developement

You may ask, why this folders, well i used them for:

After this steps we can go to the powerful "Hello world!!"

I started by creating a directory inside home/go/src with my hello world project.

Here we are going to start coding, it is recommended to name the file main.go but i think it is not mandatory. The file it should have an extension .go (This is MANDATORY).

After creating this file we are going to add the following code:

What looks nice to me that you do not event have to write the import statement, when you save the file, go automatically add you the import because it recognize that you are using the fmt and that you need to import it, this was really nice.

to execute it, you must first compile it (using go build):

Another thing that looks very interesting to me was that if you write something that is not along with the syntax best practices, the VS Code plugin will let you know and go will not compile, let see this in action.

Let's say we want the code to appear nice by adding { in a new line:

VS Code will put it as an error: 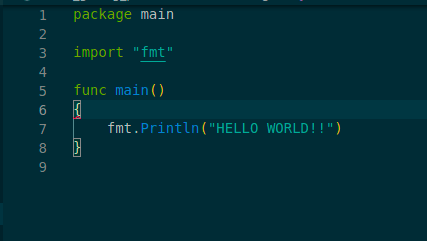 AN if you try to compile the code you will receive the following errors:

SO you better pay attention to those errors,

Also you can notice that even if you add new lines Go will rearrange the code for you, a nice feature if you ask me!

FInally, if you want to run the code as a test without the need to compile it you can run:

Note take into account that this option provide less performance but it is a good way to test a change quickly.

THIS WAS MY FIRST BABY STEP
I will be posting more of this to document my journey on this language.

Once suspended, aernesto24 will not be able to comment or publish posts until their suspension is removed.

Once unsuspended, aernesto24 will be able to comment and publish posts again.

Once unpublished, all posts by aernesto24 will become hidden and only accessible to themselves.

If aernesto24 is not suspended, they can still re-publish their posts from their dashboard.