Google was already working on Flutter beta when they decided to start the development of their new OS, Fuchsia. Combined they will take over both Android and Chrome by 2023. You might’ve already heard of or used it in mobile app development. As of 2020, Flutter is the top choice for outsourced mobile development projects. It has a roundup of about 13k reported contributors on GitHub.

With Flutter and Fuchsia, Google isn’t just developing a new OS. Google is working on a new coding platform for developers to easily launch apps on all platforms, including Apple’s iOS. Both of them are Google’s babies, a company running development for platforms of both cross-platform and native mobile applications. Let’s discuss this in more detail. 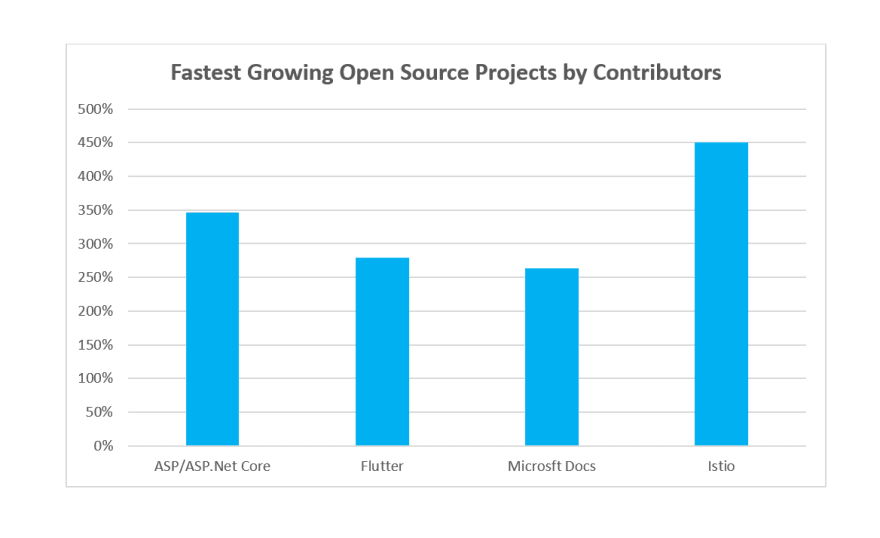 Fuchsia is the future. Development began silently in 2016, with dates of release expected to be in 2017. But here we are three years later still waiting for an official release. Fuchsia is Google’s way of making a unified solution for many major hardware systems. It is being designed for many major devices and more are yet to be thought up.

The jump from Native app development and Android development might not happen until the late 2020s. From our experience, we advise you to at least be prepared for this shift. Google intends to expand Fuchsia’s reach to all types of connected devices. From handsets to smart home products, computers, and even smartphones by 2023.

How is Flutter a Part of It

Through Flutter mobile app development, it is possible to get exposure to Fuchsia. It is Google’s cross-platform mobile application development framework for apps on the Fuchsia OS. It uses this framework as its UI rendering Engine. Google began working on Flutter way before Fuchsia came into development. It is all a well thought out road-map to empower their framework to become the Major development platform for Fuchsia and in some sense backtracking Native development. 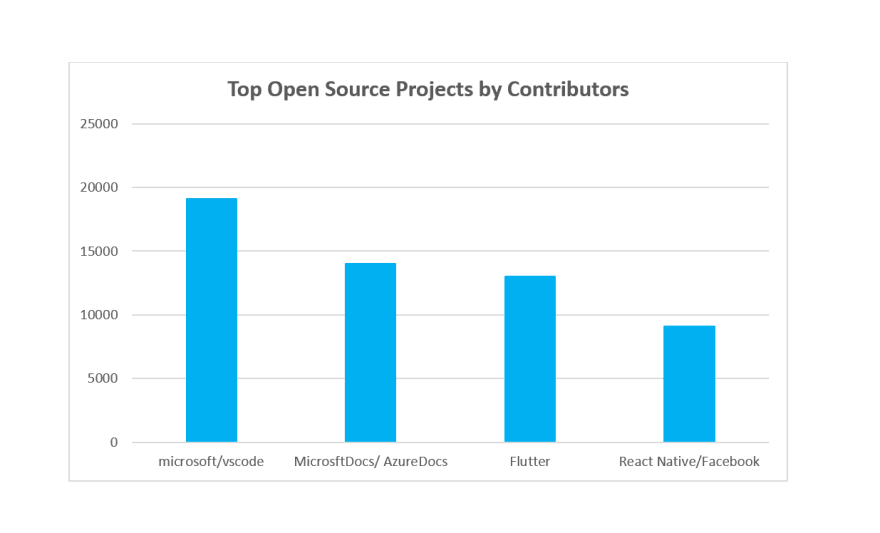 Initially, Flutter started off as developers designing prototypes for their projects and individual projects for a trial basis. But now Flutter is gaining its long due popularity, it is now second in the fastest-growing project choice with an overall growth of 279 percent. Well-known companies have now started using Flutter as a major part of development. It doesn’t matter how many posts you read one thing will be clear: Flutter is the new black for mobile app developers.

Flutter paves the way for the development of applications of the future that are easier to develop, take up a lot less time and resources. When Fuchsia does launch, Flutter will help developers transition from Android and iOS seamlessly.

Before you begin you will need to learn Dart. We know, learning yet another language is frustrating. You need to keep in mind some of Flutter’s major benefits as a Motivation.

Companies have long been looking for a solution that is time and cost-saving when it comes to mobile app development for both Android and iOS. With Flutter, Google’s hopes are that companies will be able to develop an app for both platforms and launch them at the same time for both platforms.

Flutter is an open-source tool as well, so it will be able to support other tools. These tools include platforms like Kotlin and Java for Android and Swift and Objective-C for iOS. In addition to providing a single coding base for development Flutter also opens ways to the inclusion of Google’s and Apple’s material design guidelines.

Matching up to Native Speed

“Can it deliver the same performance and stability like a native app does?”

And now, after the latest release (1.17.4(stable), years of efforts have now led us to the development of apps that you won’t be able to differentiate. Flutter his now able to reduce this gap to such an extent that you might not be able to tell the difference between a cross-platform and native app running side by side. How was it possible? Simple. It is due to the architecture used by Flutter and the language, Dart.

The technology stack used for Android development and Flutter is completely different. 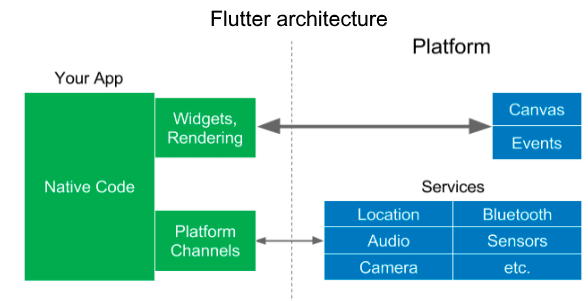 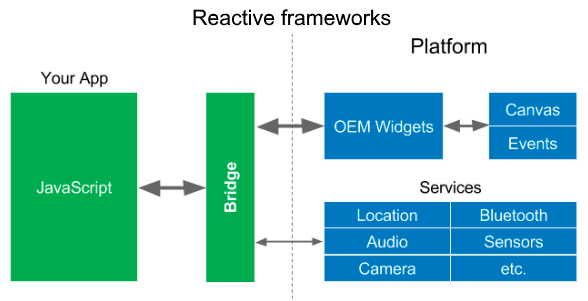 use of bridge in native apps

Use of Bridge in Native Apps

React Native and Native Application consists of OEM widgets and Bridges for communication with the platform. This is the bottleneck of the platform and Google considered this as the opportunity for Flutter. This back and forth communication between Screen canvases, widgets, bridges, and then the platform restricts the widgets from being reused on other architectures because they become OEM dependent.

Elimination of the Bridge

Flutter solved the major problem other cross-platforms faced, which is why they could not match up to native app speeds. Flutter eliminated the BRIDGE, and instead of the OEM widgets, it provides its own widgets, moving them into the app rather than the platform. This results in Flutter enabling the development of apps that maintain consistent 60 FPS, and 120 on devices designed for 120 FPS.

Moving from Android when you’ve been developing on it for so many years is a very big task. As an effort to begin learning Flutter you can always look up the Add to app option that it offers ever since the release of Flutter 1.12.

Flutter functionality can be added to your existing Android or iOS application in the form of a library or module. The module you design can be imported into your app to render a part of your apps UI in Flutter or run similar Dart Logic.

Unit Tests
Integration Tests
Widget Tests
In Android, you test components i.e. Component/UI testing, whereas, Flutter has widget testing. These tests are as fast as unit tests which as compared to UI tests in Native android apps make the process even more productive. Apart from the inbuilt testing strategies, you can also use other testing frameworks like Mockito which come in packages.

Flutter has excellent documentation written to help developers in testing applications at different levels with example code. Simulators and emulators can be used with automated testing runs. Flutter has designed a separate package, Flutter Driver, that you need to integrate to drive these tests.

Cut to the Chase

With new cross-platform development platforms coming and going, native apps are still the majority option when it comes to customers. But we need a perspective change because Flutter is an option for businesses to build close to native apps for a fraction of the effort and cost.

Google plans on maintaining both a native and a cross-platform development framework. While that may be so, it is no secret that Google may launch Fuchsia in the coming years with Flutter as its Primary UI rendering framework.

This confusion among developers as to why Google is still looking to maintain too complex and hard to maintain native solutions with a better option like Flutter in the works will only be cleared once Fuchsia is launched. We should all keep an eye on official news and announcements in the next Google conference and Google Developers channel.

Ever since the release of Flutter, the bell has been ringing for Native App developers. If you haven’t already you need to pay attention to what this framework has to offer. To understand what it is truly capable of you need to try out Flutter and Dart in future solutions.

We think it is not too early to make a prediction about Flutter Mobile app development. While it may seem meaningless right now, it is the new future for all Native developers. As we wait for a concrete answer, it is however safe to say that Flutter has a bright future.

Adventures in Desktop App development II: Revenge of the Gopher

The different tech strategies to building a cross-platform app

Syeda Aeimen Bukhari
Aeimen is working as a Digital Marketing, Content Strategist at Novateus, LA. She prides herself in writing blogs for the community, so everyone can understand upcoming trends of the tech industry.
What was your win this week?
#discuss #weeklyretro
Always over estimate effort
#discuss #devrel #productivity
Why I Decided to Invest in My Portfolio as a Junior Developer
#webdev #career #codenewbie #help

Once suspended, aeimenb will not be able to comment or publish posts until their suspension is removed.

Once unsuspended, aeimenb will be able to comment and publish posts again.

Once unpublished, all posts by aeimenb will become hidden and only accessible to themselves.

If aeimenb is not suspended, they can still re-publish their posts from their dashboard.

Once unpublished, this post will become invisible to the public and only accessible to Syeda Aeimen Bukhari.

Thanks for keeping DEV Community 👩‍💻👨‍💻 safe. Here is what you can do to flag aeimenb:

Unflagging aeimenb will restore default visibility to their posts.