Playwright is a modern framework that simplifies the creation and maintenance of web application end-to-end (E2E) testing. The landscape of e2e testing solutions, to be honest, is already rich with tools and frameworks, however Playwright joins the party with some distinctive features (cross-platform, cross-browser, cross-language) and a powerful maintainer (Microsoft).

This blog post presents secrets and practises of using Playwright with Docker with a specific focus on:

The article shares some of the lesson learnt by implementing E2E testing of the Adyen Sample integrations with Playwright, Docker and GithubActions

First let’s look at a simple test to understand how it is written and executed.

The test can be written in various languages and run from the command line with npx playwright test.

Playwright makes available an image on Docker Hub that includes Node, all necessary dependencies, and the browsers. It is extremely convenient to run the tests in a preconfigured environment without the need for extra setup.

Run the Playwright image at the root of your project. The assumption is that the test code is found in the tests directory (otherwise change the scripts accordingly):

Note the image tag focal for Ubuntu 20.04 (Focal Fossa): although there are other options (ie Ubuntu 18.04 Bionic Beaver) this works fine on Mac and Github Actions.

The above command starts an interactive bash session inside the container hosting the Playwright environment: execute the commands to add the dependencies of the application, download the browsers and kick off the test execution.

Let’s look at some useful customisations.

The URL of the application to be tested is defined in the playwright.config.js. It is never a good idea to hardcode it but instead aim at keeping the flexibility to test against different environments (i.e. localhost or a staging server), for example reading an environment variable:

It is now straightforward to define the URL value at runtime:

There is no need to install all extensions if the tests must run only on selected browsers:

Specify a single test (or a subset):

Most likely the application under development (in your IDE) is running on localhost, however this makes it tricky when you want to run the Playwright Docker container to test it.

Whaaatta!? localhost is not reachable, the reason being the Docker Networking: the localhost from inside the container doesn’t resolve to the host (unless you run on Linux with the --network=host parameter).
The first workaround is to use the built-in host.docker.internal address which is always available.

Another (slightly more laborious) workaround is to map the IP address of the host (your machine) with a newly defined hostname (for example let’s call it docker).

Important note in case of developing an Adyen integration: any chosen URL must be specified in the Allowed-Origin list to ensure the client-side requests are authorised

Another option is to create a custom Playwright Docker image to “bake” configuration, dependencies and tests all together.

The testing suite can be executed running the Docker image and passing any env variables (i.e. URL of the application).

Playwright E2E in the CI/CD

Building a custom Docker image makes little sense if you only run the tests locally however, if you want to include the E2E testing in the CI/CD pipeline then it gets exciting. Meet Adyen Sample integrations!

A Sample integration is a working example of a payment checkout with the Adyen platform. It is a simple and effective open-source application that shows how the payment methods appear and execute. 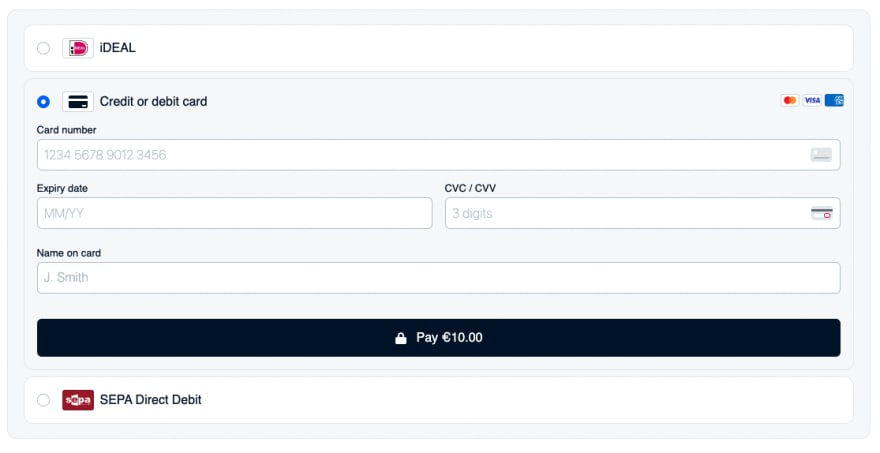 Given the variety of languages and frameworks supported by the Adyen platform, we maintain more than 12 samples that are similar in terms of UI and features, but with a different backend. The containerization of the Playwright tests is therefore really valuable to us since it allows to define a single testing suite to validate multiple applications (on every git push and/or pull request).

We have effectively created on-the-fly an environment that runs both the tester application and the application being tested. At the end of the automated testing the environment no longer exists.

Let’s look at the GithubActions workflow file of one of these applications:

I hope the article helps to shed some light on Playwright with Docker, which is not extensively (yet) used or documented. The valuable takeaway here is, using Docker, it is possible to design custom E2E workflows portable between development environments and CI/CD engines.

If you enjoyed the article follow me and Adyen Developers for more articles and tutorials. Happy testing!

Overwhelmed by Docker? Start with this easy 55-second animation