Each component in React has a lifecycle which you can monitor and manipulate during its three main phases: Mounting, Updating, and Unmounting.

Coming to the State,it contains data specific to a component which might change over time.The state is user-defined , and it should be a plain JS Object.

Here's example showing how to use state : 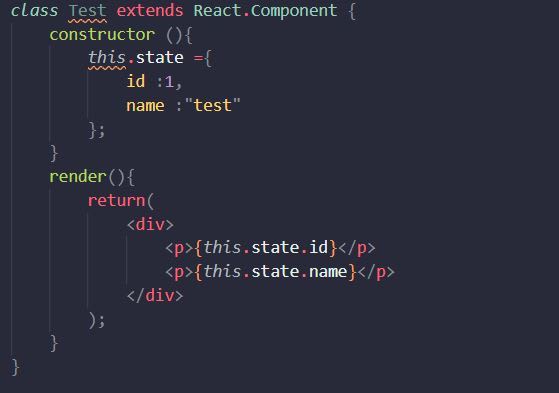 the only place you can directly assign this.state is the constructor.

setState() is an asynchronous function, so if you want to view/assign the updated value,you should do that inside a callback function to be sure that the updated value of the state is used.

When a component is rendered to the DOM for the first time, it is known as mounting.
AND when the DOM produced by the component is removed,it is called unmounting.

We can declare special methods, called lifecycle methods,on component Class to run some code when a component mounts and unmounts.

The componentDidMount() method runs after the component has been rendered to the DOM : 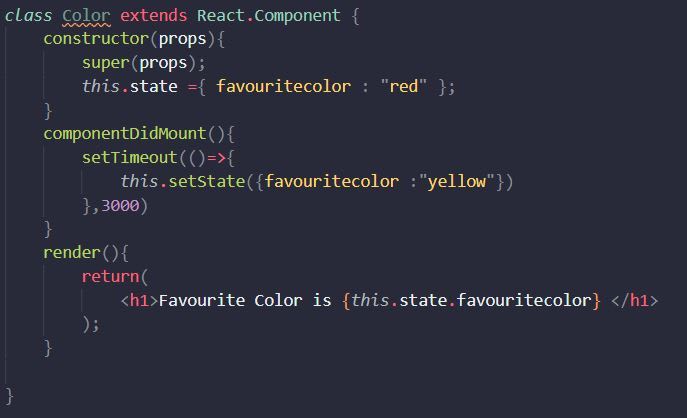 In this example, when the compenent color is rendered, the componentDidMount() method fires and changes the state after 3 sec.

Similarly,the componentWillUnmount() method is called just before the component is removed from the DOM.
Thanks for Reading !

Once suspended, adityasharan01 will not be able to comment or publish posts until their suspension is removed.

Once unsuspended, adityasharan01 will be able to comment and publish posts again.

Once unpublished, all posts by adityasharan01 will become hidden and only accessible to themselves.

If adityasharan01 is not suspended, they can still re-publish their posts from their dashboard.

Once unpublished, this post will become invisible to the public and only accessible to Aditya Sharan.

Thanks for keeping DEV Community 👩‍💻👨‍💻 safe. Here is what you can do to flag adityasharan01:

Unflagging adityasharan01 will restore default visibility to their posts.