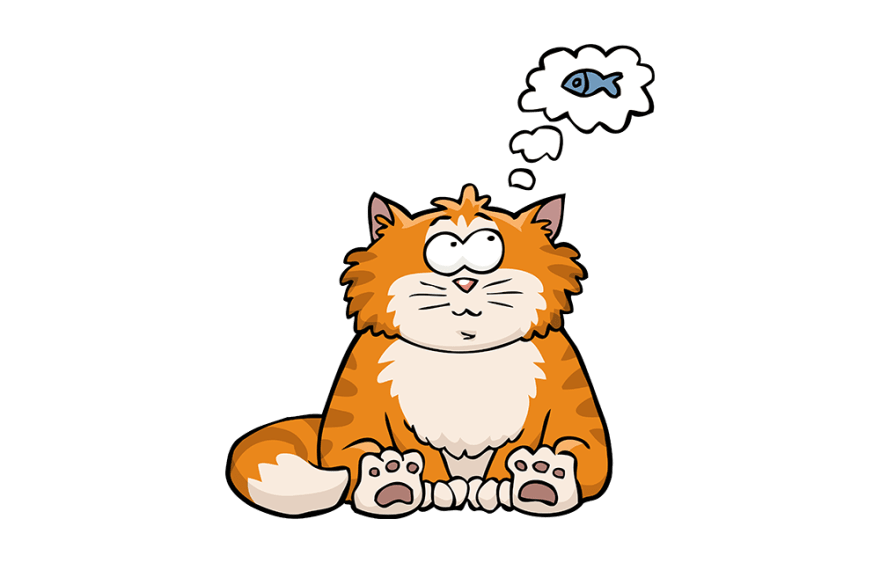 If you’re not completely new to React, you’re probably already at least familiar with useMemo and useCallback hooks. And if you work on a medium to large-scale application, chances are you can describe some parts of your app as an “incomprehensible chain of useMemo and useCallbacks that is impossible to read and debug". Those hooks somehow have the ability to just spread around the code uncontrollably, until they just completely take over and you find yourself writing them just because they are everywhere and everyone around you is writing them.

And do you know the sad part? All of this is completely unnecessary. You can probably remove 90% of all useMemo and useCallbacks in your app right now, and the app will be fine and might even become slightly faster. Don’t get me wrong, I’m not saying that useMemo or useCallback are useless. Just that their use is limited to a few very specific and concrete cases. And most of the time we’re wrapping things in them unnecessary.

So this is what I want to talk about today: what kind of mistakes developers make with useMemo and useCallback, what is their actual purpose, and how to use them properly.

There are two major sources of the poisonous spread of those hooks in the app:

We’ll take a look at them later in the article, but first: what exactly is the purpose of useMemo and useCallback?

Why do we need useMemo and useCallback

The answer is simple - memoization between re-renders. If a value or a function is wrapped in one of those hooks, react will cache it during the initial render, and return the reference to that saved value during consecutive renders. Without it, non-primitive values like arrays, objects, or functions, will be re-created from scratch on every re-render. memoization is useful when those values are compared. It’s just your normal javascript:

Or, if closer to our typical React use case:

To avoid it, we can wrap the a value in useMemo hook:

Now useEffect will be triggered only when the a value actually changes (i.e. never in this implementation).

Exactly the same story with useCallback, only it’s more useful for memoizing functions:

The most important thing to remember here is that both useMemo and useCallback are useful only during the re-renders phase. During the initial render, they are not only useless but even harmful: they make React do some additional work. This means that your app will become slightly slower during the initial render. And if your app has hundreds and hundreds of them everywhere, this slowing down can even be measurable.

Now that we know the purpose of those hooks, let's take a look at their practical usage. And one of the most important ones and the most often used is to memoize props values to prevent re-renders. Make some noise if you’ve seen the code below somewhere in your app:

Is this something that you’ve done or seen other people around you do? Do you agree with the use case and how the hook solved it? If the answer to those questions is “yes”, congratulations: useMemo and useCallback took you hostage and unnecessary control your life. In all of the examples, those hooks are useless, unnecessary complicate code, slow down initial render and prevent nothing.

To understand why, we need to remember one important thing about how React works: the reasons why a component can re-render itself.

Why a component can re-render itself?

“Component re-renders itself when state or prop value changes” is common knowledge. Even React docs phrase it like this. And I think this statement is exactly what leads to the false conclusion that “if props don’t change (i.e. memoized), then it will prevent the component from re-render”.

Now, inside of this Page component, if we have some children as well:

Completely empty, it doesn’t have neither state nor props. But its re-render will be triggered when App re-renders, and as a result, it will trigger the re-render of its Item child. App component state change triggers a chain of re-renders across the entire app. See the full example in this codesandbox.

The only way to interrupt this chain is to memoize some of the components in it. We can do it either with useMemo hook, or, even better, with React.memo util. Only if the component is wrapped with it will React stop before re-rendering it and check, whether the props value changes.

Using it in App with state change:

In this, and only this scenario it’s important whether props are memoized or not.

To illustrate, let's assume that Page component has onClick prop that accepts a function. What will happen if I pass it to Page without memoizing it first?

App will re-render, React will find Page in its children, and will re-render it. Whether onClick is wrapped in useCallback or not is irrelevant.

And if I memoize Page?

App will re-render, React will find PageMemoized in its children, realise that it’s wrapped in React.memo, stop the chain of re-renders, and check first whether props on this component change. In this case, since onClick is a not memoized function, the result of props comparison will fail, and PageMemoized will re-render itself. Finally, some use for useCallback:

Now, when React stops on PageMemoized to check its props, onClick will stay the same, and PageMemoized will not be re-rendered.

What will happen if I add another non-memoized value to PageMemoized? Exactly the same scenario:

React stops on PageMemoized to check its props, onClick will stay the same, but value will change, and PageMemoized will re-render itself. See the full example here, try to remove memoization to see how everything starts re-rendering again.

Considering the above, there is only one scenario, when memoizing props on a component makes sense: when every single prop and the component itself are memoized. Everything else is just a waste of memory and unnecessarily complicates your code.

Feel free to remove all useMemo and useCallbacks from the code if:

Avoiding expensive calculations on every render

The primary goal of useMemo, according to React docs, is to avoid expensive calculations on every render. No hints though of what constitutes the “expensive” calculation. As a result, developers sometimes wrap in useMemo pretty much every calculation in the render function. Create a new date? Filter, map or sort an array? Create an object? useMemo for all!

Okay, let’s take a look at some numbers. Imagine we have an array of countries (~250 of them), and we want to render them on the screen and allow users to sort them.

The question is: is sorting an array of 250 elements an expensive operation? Feels like it, isn’t it? We probably should wrap it in useMemo to avoid re-calculating it on every re-render, right? Well, easy to measure:

The end result? Without memoization, with 6x CPU slowdown, sorting of this array with ~250 items takes less than 2 milliseconds. To compare, rendering this list - just native buttons with text - takes more than 20 milliseconds. 10 times more! See the codesandbox.

And in real life, the array likely will be much smaller, and whatever is rendered much more complicated, and therefore slower. So the difference in performance will be even bigger than 10 times.

Instead of memoizing the array operation, we should memoize the actual most expensive calculation here - re-rendering and updating components. Something like this:

That useMemo drops unnecessary re-renders time of the entire component from ~20ms to less than 2ms.

Considering the above, this is the rule about memoizing “expensive” operations that I want to introduce: unless you actually calculating factorials of big numbers, remove useMemo hook on all pure javascript operations. Re-rendering children will always be your bottleneck. Use useMemo only to memoize heavy parts of the render tree.

Why remove though? Wouldn’t it be better to just memoize everything? Wouldn’t it be a compound effect that degrades performance if we just remove them all? One millisecond here, 2 there, and soon our app is not as fast as it could be…

Fair point. And that thinking would be 100% valid, if it wasn’t for one caveat: memoization doesn’t come for free. If we’re using useMemo, during the initial render React needs to cache the result value - that takes time. Yes, it will be tiny, in our app above memoizing those sorted countries takes less than a millisecond. But! This will be the true compound effect. The initial render happens when your app first appears on the screen. Every component that is supposed to show up goes through it. In a big app with hundreds of components, even if a third of those memoize something, that could result in 10, 20, at worst maybe even 100 milliseconds added to the initial render.

Re-render, on the other hand, only happens after something in one part of the app changes. And in a well-architectured app only this particular small part going to be re-rendered, not the entire app. How many of the “calculations” similar to the case above we’ll have in that changed part? 2-3? Let’s say 5. Each memoization will save us less than 2 milliseconds, i.e. overall less than 10 milliseconds. 10 milliseconds that may or may not happen (depends on whether the event that triggers it happens), that are not visible with the naked eye, and that will be lost in children’s re-renders that will take 10 times that much anyway. At the cost of slowing down the initial render that will always happen 😔.

That was quite a lot of information to process, hope you found it useful and are now eager to review your apps and get rid of all the useless useMemo and useCallback that accidentally took over your code. Quick summary to solidify the knowledge before you go:

And of course, goes without saying: measure first!

May this day be your last day in useMemo and useCallback hell! ✌🏼

Thanks for keeping DEV Community safe. Here is what you can do to flag adevnadia: