If you look at the evolution of the k8s architecture, there has been a significant change and optimization in the way the worker nodes have been running the containers…here are significant stages of the evolution, that I attempted to capture…

Stage 0 : docker is the captain

It started with a simple architecture of kubelets as the worker node agents that receive the command from admins, through api-server from the master node. The kubelets used docker runtime to launch the docker containers (pulling the images from the registry). This was all good…until the alternate container runtimes, with better performance & unique strengths, started appearing in the market, we realised that it would be good if we can plug and play these runtimes...the obvious design pattern we would use to fix this issue is ??? “adapter/proxy” pattern…right?? that led to the next stage.

Evolution is all about adapting to the changes in the ecosystem 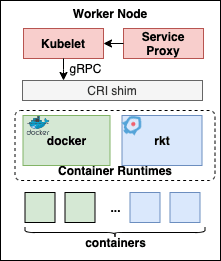 Container Runtime Interface (CRI) spec was introduced in K8s 1.5. CRI also consists of protocol buffers, gRPC API and libraries. This brought the abstraction layer, and acted as an adapter, with the help of gRPC client running in kubelet and gRPC server running in CRI Shim. This allowed a simpler way to run the various container runtimes.

Before we go any further…we need to understand what all functionality is expected from container runtimes. Container runtime used to manage. downloading the images, unpacking them, running them, and also handle the networking, storage. It was fine… until we starting realizing that this is like a monolith!!!

Let me layer these functionalities into 2 levels.

It made more sense to split these functionalities into components that can be mixed and matched with various open-source options, that provide more optimizations and efficiencies…the obvious design/architecture pattern we would use to fix this issue is ??? “layering” pattern…right?? that led to the next stage. 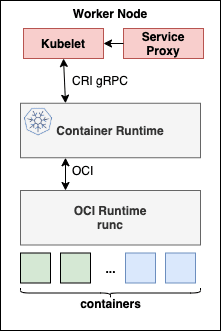 So the OCI (Open Container Initiative), came up with a clear container runtime & image specification, which helped multi-platform support (Linux, Windows, VMs etc). Runc is the default implementation of OCI, and that is the low level, of container runtime.

There are various implementations of CRI such as Dockershim, CRI-O, containerD.

Red Hat OpenShift 4.x defaults to CRI-O as the Container runtime. A lot of this decision (in my opinion) goes back to the choice of building an immutable infrastructure based on CoreOS, on which the OpenShift 4.x runs. CRI-O was obvious with CoreOS as the base, and all the more, CRI-O is governed by k8s community, completely Open Source, very lean, directly implements k8s container runtime interface…refer these 6 reasons in detail

Here is a great picture taken from this blog, that shows how CRI-O works under the wood in Red Hat OpenShift 4.x 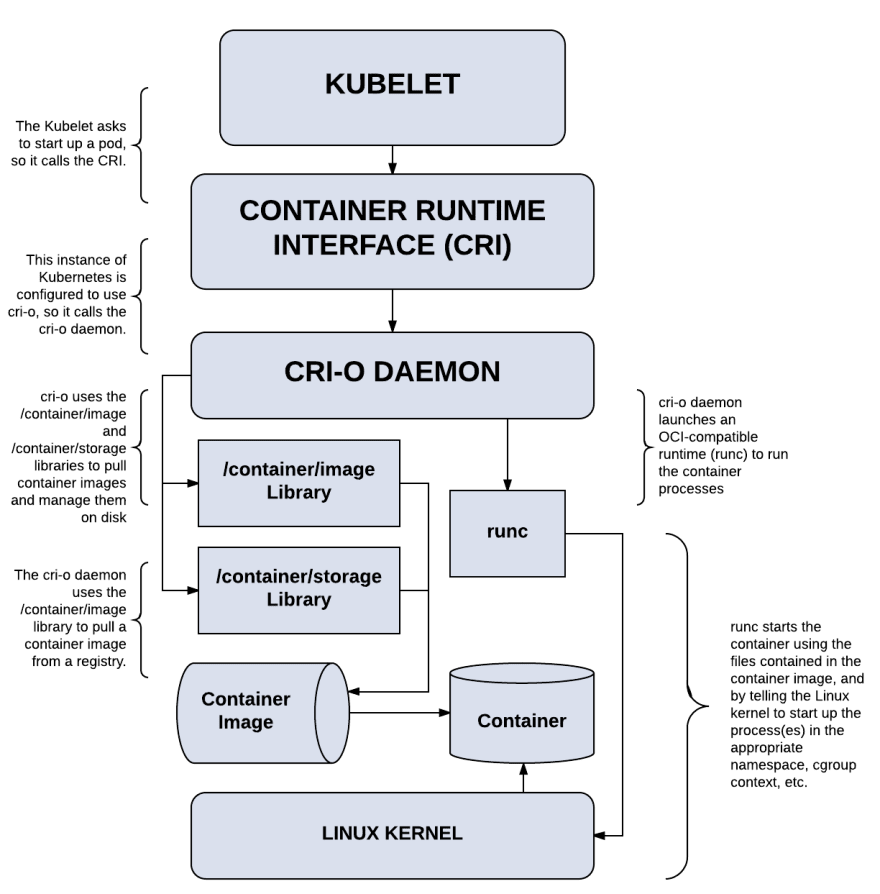