In this post I'll explain how data is distributed in realtime using pub/sub over WebSockets in a serverless application running in Azure. The context I'll be using is a multiplayer Advanced Dungeons & Dragons (ADnD) style game that is turn-based with realtime state updates.

TLDR: Play the live game, or look at the source code in the GitHub repo.

Working with state in serverless applications and across many client devices is a difficult thing. First, serverless functions are usually stateless, so they can scale out easily without side effects, such as inconsistent state between the serverless instances. Secondly, synchronizing state across devices in a reliable and scalable way is a challenge to build yourself. Clients can temporarily lose connection, messages can get lost or be out of order.

This post focuses on using the right cloud services to manage the game logic and synchronization of data in a reliable and scalable way. Let's assume we have the following requirements:

A good solution that fits the above requirements is to have a serverless application that is quick to build, low in maintenance, and affordable to get started with.

Player actions trigger HTTP-based Azure Functions that handle the game logic. Ably handles the distribution of data between the Functions and the clients.

These are the high-level components used for the game: 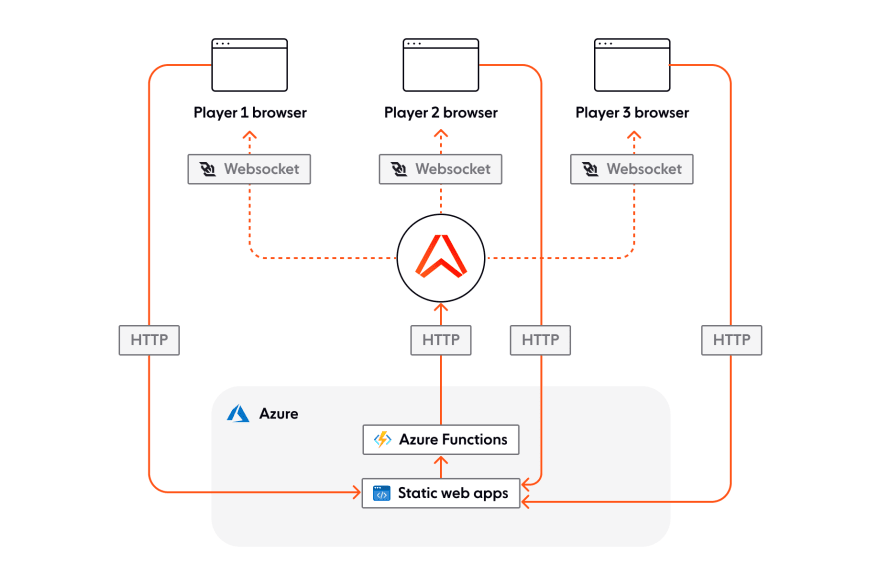 Diagram 1: Communication between player devices and the serverless application.

The API of the game exposes several HTTP endpoints which are implemented in C# (.NET 6) Azure Functions:

To illustrate how Azure Functions and the GameEngine, GameState, and Player classes work together, I'll show the CreateQuest functionality starting at the Azure Function, and ending with publishing messages using Ably.

The CreateQuest HTTP function is triggered when a player clicks the Start Quest button. A new quest ID is generated client-side and provided in the request.

If the request is valid, this function will call the CreateQuestAsync() method in the GameEngine class.

The GameEngine is responsible for the majority of the game flow and orchestrates actions using the GameState and Player classes.

The InitializeGameStateAsync method is responsible for:

The GameState and Player classes are so-called Entity Functions, functions that are stateful. Their state is persisted in an Azure Storage Account that is abstracted away. You can interact with entities in two ways:

I chose Entity Functions since they're quick to get started with and ideal for storing small objects. Entity Functions require no additional Azure services, since a regular function app already comes with a storage account. Ideal for a demo like this.

There are downsides to Entity Functions though. First, entities prioritize durability over latency. This means that it's not the fastest way to store data. This is because signaling tasks are sent to a storage queue which is being polled at a certain (configurable) frequency. The default configuration also enforces batch processing of signaling tasks which, in this game context, is not desirable. I changed the maxQueuePollingInterval and maxEntityOperationBatchSize settings in the host.json file to have an acceptable latency and consistency.

Read the Azure docs to learn more about performance and scale related to Entity Functions.

Once a Player entity is initialized, a message will be published to an Ably channel. The players who have joined the quest are subscribed to this channel and will receive a message that a new player has joined.

Operations on Entity Functions are recommended to be implemented via interfaces to ensure type checking. There are however some restrictions on entity interfaces, as described in the Azure docs. One limitation is that interface methods must not have more than one parameter. Since I want to initialize a Player entity and set multiple parameters in one go instead of setting each one individually, I decided to provide an object array as a parameter. This then requires casting/converting the array elements to their correct type. Not ideal, but it works.

The GameState entity function is responsible for maintaining the state of the game, such as the quest ID, the player names, and the game phase (start, character selection, play, end).

The GameState also performs actions such as signaling Player entities and publishing messages, as can be seen in the AttackByMonster method.

Note that the AttackByMonster method contains two calls to Task.Delay(). This is to add a bit of delay between publishing the messages about the automated monster attack. Without the delay, the action would be much quicker compared with what real players do. Since this is a turn-based game, with realtime state updates, this seemed more natural to me.

The final step of game logic functionality in the API is publishing messages to the players that have joined the quest. Since several classes need access to this functionality, I've wrapped it in a Publisher class for ease of use.

Publishing messages is the easiest part of the API. The _ablyClient in the code sample above is an instance of the Ably REST client and responsible for publishing messages to a channel. The REST client is used since code is running in a short-lived Azure Function and doesn't require a bidirectional WebSocket connection. The client retrieves the channel, the quest ID in this case, and PublishAsync is called that accepts an event name and a payload.

The client-side is subscribed to the messages published via the API using the realtime Ably client that is based on WebSockets. Based on the type of message received, the game progresses to the next phase, and local player state is updated. So, even though this is a turn-based game, updates in the API result in realtime communication with the players to update their local player state.

The clients require a connection to Ably to receive messages in realtime. The createRealtimeConnection function is called when players start a new quest or join a quest.

When a new instance of the Realtime object is created, the authUrl is set by calling the CreateTokenRequest endpoint in the API. This returns a JWT token that is used to authenticate with Ably. This approach prevents any API keys from being present in the front-end and potentially ending up in source control.

Once a connection is made, the client attaches to the channel (named after the questId) and subscribes to messages published by Ably.

As an example of how the front-end updates when a player attacks, let's have a look how the player-under-attack message is handled.

The local Vue store (Pinia) contains definitions for each player. The store is updated with data coming from the messages pushed by Ably.

Vue components such as the PlayerUnit use the local data store to display the character information:

You require the following dependencies to run the solution locally:

Deploying to the cloud

To have the entire solution running in the Azure cloud, you'll need an Azure account, and a GitHub account.

This approach uses the Azure Login action and requires the creation of an Azure Service Principal, as is explained in more detail in this README.

Using serverless technology is a great way to get up and running in the cloud quickly and not worry about server maintenance. By combining serverless functions (Azure Functions) with serverless WebSockets (Ably) you can build a realtime solution that is cost-efficient and can scale automatically.

Although this demo is built around a game concept, other live and collaborative experiences are also a good fit for this tech stack. These include chat apps, location tracking apps, and realtime monitoring dashboards.

You've learned how to publish messages from the Azure Functions back-end and receive messages in the VueJS front-end to create a realtime experience for the players.

I encourage you to fork the repository available on GitHub and see if you can extend it (add a cleric who can heal other players?). Please don't hesitate to contact me on Twitter or join our Discord server in case you have any questions or suggestions related to this project.

Ably
Realtime infrastructure you can depend on at scale

Once suspended, ably will not be able to comment or publish posts until their suspension is removed.

Once unsuspended, ably will be able to comment and publish posts again.

Once unpublished, all posts by ably will become hidden and only accessible to themselves.

If ably is not suspended, they can still re-publish their posts from their dashboard.

Thanks for keeping DEV Community safe. Here is what you can do to flag ably:

Unflagging ably will restore default visibility to their posts.