# Git Under the hood 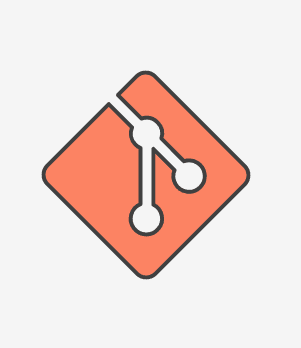 “Git is modern distributed version control system helps developers or anyone who want to keep track of changes in their file system” We can name it as a timeline of our project from beginning to end.

As an software engineers lot of us use Git ,only few know the exact internals or what happens under the hood.

what happens internally when you do a file change and commit it?

How is git tracking all the changes occurred for the file?

Sometime you may run into issues which you won’t know how to resolve without understanding how git works in the backend.

In this article, I am sharing a deep dive understanding on How Git works under the hood by taking simple examples.

Note : This article is to understand how git works using low level commands and what happens behind the scenes. It is not a guide to work with Git

It creates a hidden folder called .git which contains different files and folders inside 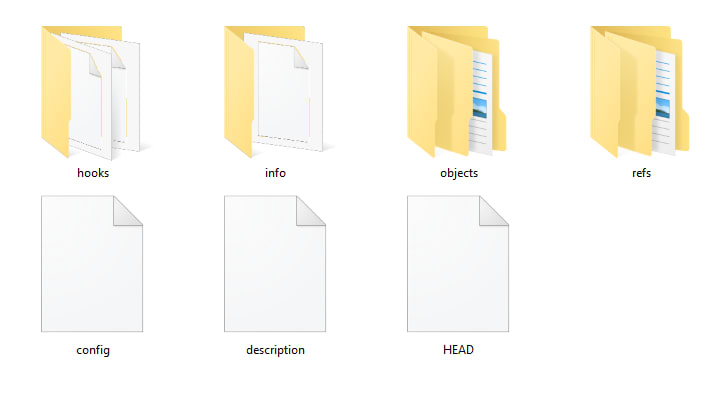 This folder contains all information and configuration needed for git to version control. Here we are mainly concentrated on objects folder where this will contain the tracking information of our file system.

Working State - This is when you add, remove or modify something in the file. Git will notice the change but you will not formerly inform Git to save the changes. In traditional way these are “Untracked/ Not Staged Changes”

Staging State - This is when you inform Git of the change and tell Git to take note of that change. Commonly Known as Staging area. Staging changes can be done using git add command. Modification of file can be done even after staging it, which lets you see the file both in Working state and staged state.

Committed Stage - This is the stage where Git has saved your Working state changes in .git folder in the form of git objects. In Traditional way It is achieved using git commit command.

Git is a content-addressable file system or a simple key value data file system. That means If you insert any kind of content into the Git It will return you hand you back with a unique key so you can use that later to retrieve the content.

Unique Key is nothing but a Secure hash algorithm (SHA-1), which is a cryptographic hash function that takes an input and produces a 160-bit (20-byte) hash value typically rendered as a hexadecimal which is 40 digits long*.*

Using this Hash function we can reference any file content, commits etc.

Each Hash value generated will be linked with the git objects in Git to understand the changes made by developer in working stage to save it in committed stage.

Now its time for Git Objects. Git File system uses 4 types of git objects. These are the only object types required for git to save the necessary data

Lets create a sample file named gitsample.txt. lets stage and commit it and see how the file is stored in .git folder as an object types

According to above explanation there will be three object types created when we commit the file.

Hierarchy can be assumed like this for object types 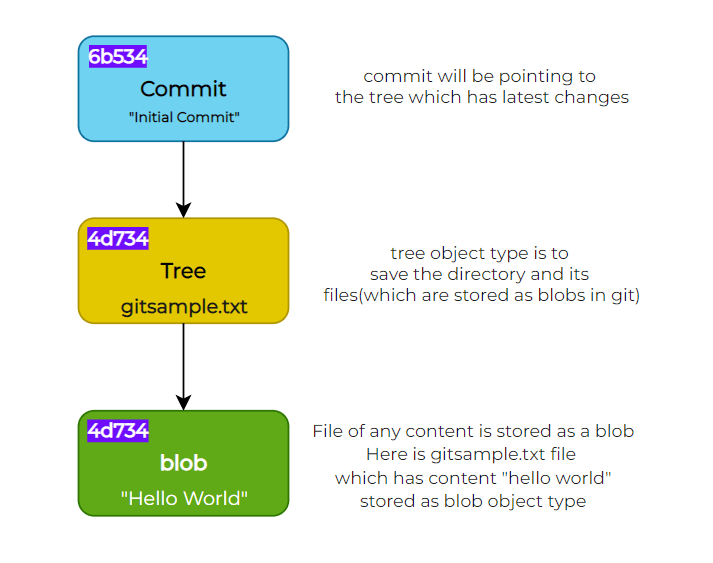 Steps to reproduce the above scenario

One more thing to observe i.e. in .git/objects folder new blob object will be created with a unique key/ SHA 1 key as a file name. First 2 numbers of hash key will be used for a folder name.

Combining both folder name and file name will be the hash key of gitsample.txt file. so the hash key will be 3ee2d77fee2bc1ac806a945df84ad530a5de6fd8

To Commit we have to run the command git commit -m “Initial Commit”.

To ensure these are the tree and commit objects run the low level command git cat-file using -t extension and respective hash keys. It will show the type of the object

What happens when there is a change in same file and its committed?

What happens when New Branch Created and checked out?

I hope this article gives you a clear understanding on how Git works on back scenes. And hopefully you will be aware of most crucial parts of the git after reading this article.

If you have reached this point, thanks for reading. I am Abilash S, You can check my latest posts regarding technology in these platforms. Feel Free to connect in any of these platforms

JavaScript is not available.

Once suspended, abilashs003 will not be able to comment or publish posts until their suspension is removed.

Once unsuspended, abilashs003 will be able to comment and publish posts again.

Once unpublished, all posts by abilashs003 will become hidden and only accessible to themselves.

If abilashs003 is not suspended, they can still re-publish their posts from their dashboard.

Once unpublished, this post will become invisible to the public and only accessible to abi.

Thanks for keeping DEV Community 👩‍💻👨‍💻 safe. Here is what you can do to flag abilashs003:

Unflagging abilashs003 will restore default visibility to their posts.