Learn the basic concepts of DevOps. You will also learn the benefits of using DevOps practices in your application.

DevOps is essentially cultural philosophies, practices, and tools to help deliver your applications and services and tools to your huge number of users. 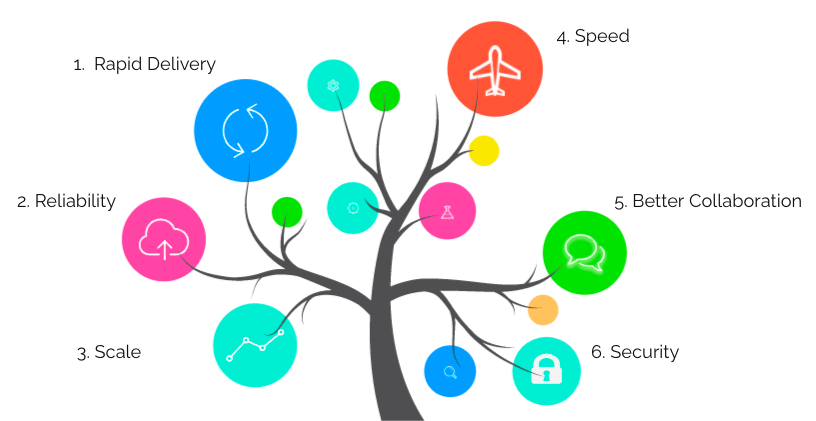 Rapid Delivery
Increase the frequency and pace of releases so you can innovate and improve your product faster.

Reliability
Ensure application updates and infrastructure changes so you can deliver at a more rapid pace.

Scale
Operate and manage your infrastructure and development processes at scale.

Better Collaboration
Build more effective teams under a DevOps cultural model, which emphasizes values such as ownership and accountability.

Development and
Operations
There are 8 phases in DevOps as follows:

To ensure completeness, we use code coverage tools like Cobertura.

Docker and Kubernetes are used in testing also these days in Continuous Integration.

We must also monitor the various logs and errors being thrown by the system. See: Apache Logging System

Visualization tools such as Grafana are used to represent metrics. 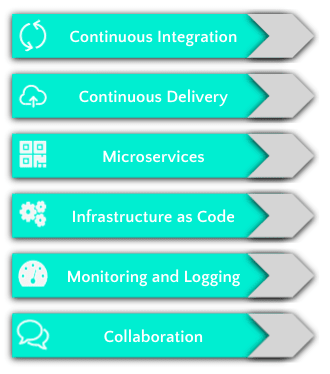 Continuos Integration
It refers to the build and unit testing stages of the software release process. Every code commit triggers an automatic workflow that builds the code and tests the code. It helps in finding and addressing bugs quicker.

Infrastructure as Code
Infrastructure is provisioned and managed using Code and Software development techniques such as Version control and Continuous integration. This helps developers and system admins to manage infrastructure at scale. Without worrying about manually setting up and configuring the servers and resources.

Monitoring and Logging
Monitor metrics and logs to see how the application and infrastructure are performing. Taking necessary actions to fix the bottlenecks.

Books to learn Kubernetes from beginner to advanced

How to start earning as a programmer?

Once suspended, abhishe89636035 will not be able to comment or publish posts until their suspension is removed.

Once unsuspended, abhishe89636035 will be able to comment and publish posts again.

Once unpublished, all posts by abhishe89636035 will become hidden and only accessible to themselves.

If abhishe89636035 is not suspended, they can still re-publish their posts from their dashboard.

Once unpublished, this post will become invisible to the public and only accessible to Abhishek Shrivastava.

Unflagging abhishe89636035 will restore default visibility to their posts.