In a previous article, I explained how to create a virtual development workspace using Docker. Thus, I thought that it would be great if I presented a slightly different example using Docker. In this article, I am going to show you how to create a production Docker container ready for deployment. To make it interesting, I will work on a JakartaEE, and MySQL application. Therefore, you will learn how to build a multiple building stages Docker image using one single Dockerfile. Brief, this article aims to teach you and encourage you to learn more about Docker, because it's a very interesting technology. Maybe in the upcoming articles, I am going to do the exact same using Docker composer or Docker swarm (tell me if you are interested in such articles).

What are we trying to achieve?

The application used in this article relies on the maven build tool. The simple following command generates the .war file:

Firstly, to use Tomcat you can use the suitable Docker image from Tomcat (based on the used Linux distribution and JDK version) official page on DockerHub. In this case, I usedtomcat:8.5.63-jdk11 and I named TomcatSide. Surely, we will copy the project files into the Docker image and install maven to build the project. After building the project, deploying the application to Tomcat can be done easily by copying the generated .war file to tomcat/webapps directory. You can do this eventually using the command:

Consequently, the Tomcat side would be:

MySQL Side: Set up the database and run the application

As you may notice the previous section of this article isn't enough. We need our database! As the first section can be a general example of how to use tomcat in Docker, this one is a general example too that you can get inspired from to prepare your MySQL database and run a Tomcat server in Docker.

Hence, to create a Docker image with our I used a ready MySQL server Docker image from the official MySQL DockerHub container. Next, I set up the root user password, the database name, and the database schema. After that, I copied the /usr/local/tomcat directory from tomcatside image to the actual image. The following step is needed only so that we can run Tomcat server. It consists of installing the appropriate Java version and getting Tomcat application server ready for the final step, which is building our production image.

And here it is the final Dockerfile:

One other final step

Congratulations, you created your Dockerfile you need only the following command to build the Docker image:

Also, you need this command to run your container:

And to accede to the container's shell terminal: 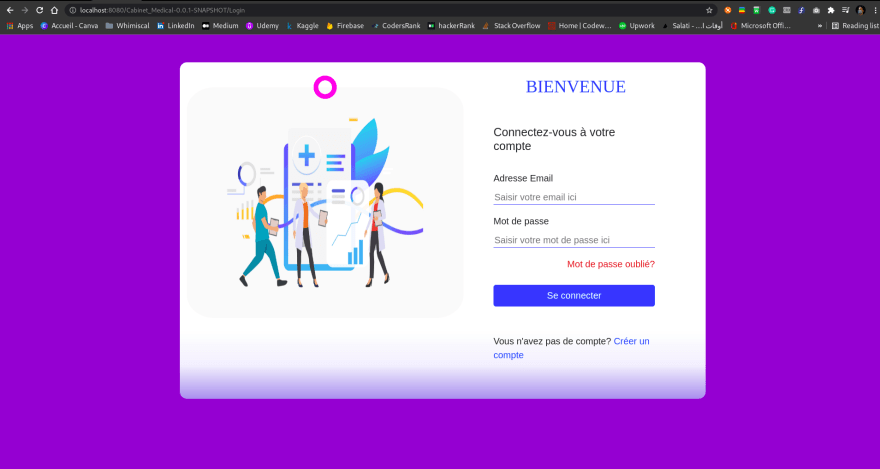 Now that you completed your Dockerfile, you can build your image. Probably you will see something like this on your terminal: 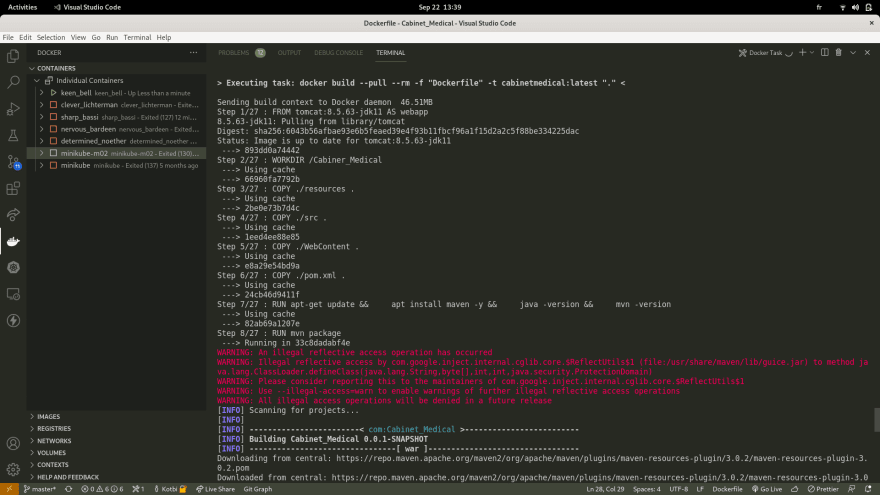 This article is a simple example in which I used docker multiple stages building to create using a single Dockerfile a production Docker image. I was excited about this article because often after learning Docker we use it less in our projects. Instead, we just go to Dockerhub whenever we need a database image or any kind of image that we need to pull. Don't get me wrong please, I have nothing against that it is totally normal for me. However, you can make more exciting things using docker. That is why I highly encourage you to try to make something similar to what I did in this article in your project. I hope you enjoyed my article, and thank you!

Kotbi Abderrahmane
I am a curious software engineering student. I love coding, creating content (articles and videos), and contributing in open source projects.
How to get into the "from your imagination to your screen" CSS level
#vscode #css #webdev #tutorial
How to build your virtual workspace
#docker #github #vscode #tutorial
Java Functional Programming
#java #functional