Java is a general-purpose, concurrent, object-oriented, class-based, and the runtime environment(JRE) which consists of JVM which is the cornerstone of the Java platform. This blog on What is Java will clear all your doubts about why to learn java, features and how it works.

What is Java used for?

Before I answer the question, what is Java used for, let me brief you about why you should choose Java. Java is highly popular and has dominated this field from early 2000’s till the present 2018.

Java has been used in different domains. Some of them are listed below:

Banking: To deal with transaction management.
Retail: Billing applications that you see in a store/restaurant are completely written in Java.
Information Technology: Java is designed to solve implementation dependencies.
Android: Applications are either written in Java or use Java API.
Financial services: It is used in server-side applications.
Stock market: To write algorithms as to which company they should invest in.

Let’s see how some of the technologies make use of Java as an essential core of their functionalities. 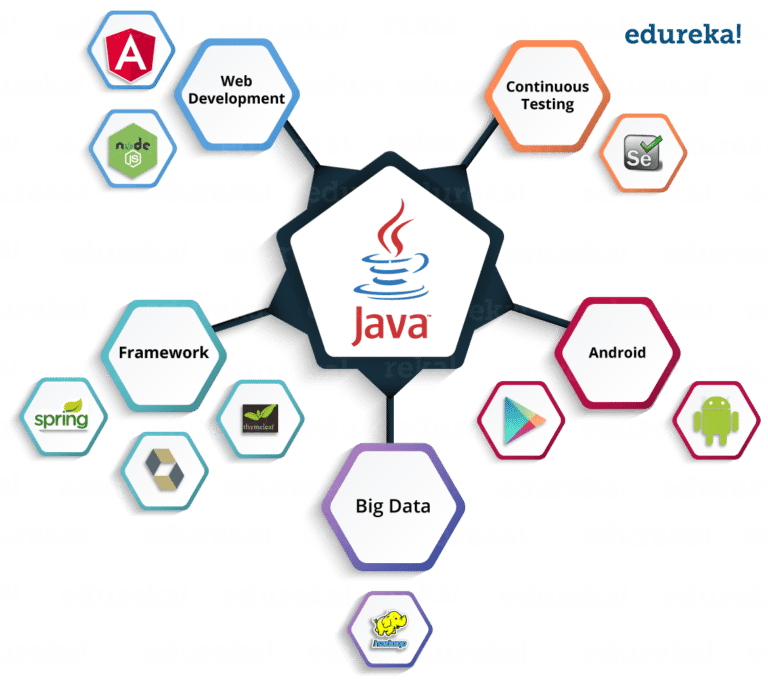 Let’s see how some of the technologies make use of Java as an essential core of their functionalities.

You can see in the above image, Java is an ocean of opportunities.

Let us see a brief history of Java.

Java is a programming language developed by James Gosling with other team members named Mike Sheridan and Patrick Naughton also called as Green Team in 1995 for Sun Microsystems for digital devices such as set-top boxes, televisions etc. Now, let us see in detail what is Java.

It is an object-oriented language similar to C++, but with advanced and simplified features. Java is free to access and can run on all platforms. 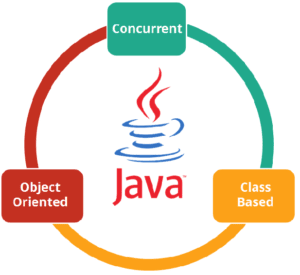 Concurrent where you can execute many statements instead of sequentially executing it.

In simple words, it is a computing platform where you can develop applications.

Simple: Java has made life easier by removing all the complexities such as pointers, operator overloading as you see in C++ or any other programming language.

Portable: Java is platform independent which means that any application written on one platform can be easily ported to another platform.

Object-oriented: Everything is considered to be an “object” which possess some state, behavior and all the operations are performed using these objects.

Secured: All the code is converted in bytecode after compilation, which is not readable by a human. and java does not use an explicit pointer and run the programs inside the sandbox to prevent any activities from untrusted sources. It enables to develop virus-free, tamper-free systems/applications.

Dynamic: It has the ability to adapt to an evolving environment which supports dynamic memory allocation due to which memory wastage is reduced and performance of the application is increased.

Distributed: Java provides a feature which helps to create distributed applications. Using Remote Method Invocation (RMI), a program can invoke a method of another program across a network and get the output. You can access files by calling the methods from any machine on the internet.

Robust: Java has a strong memory management system. It helps in eliminating error as it checks the code during compile and runtime.

Interpreted: Java is compiled to bytecodes, which are interpreted by a Java run-time environment.

Multithreaded: Java supports multiple threads of execution (a.k.a., lightweight processes), including a set of synchronization primitives. This makes programming with threads much easier.

It is an abstract machine. It is a specification that provides a run-time environment in which Java bytecode can be executed. It follows three notations:

Specification: It is a document that describes the implementation of the Java virtual machine. It is provided by Sun and other companies.
Implementation: It is a program that meets the requirements of JVM specification.
Runtime Instance: An instance of JVM is created whenever you write a java command on the command prompt and run the class.

JRE refers to a runtime environment in which Java bytecode can be executed. It implements the JVM (Java Virtual Machine) and provides all the class libraries and other support files that JVM uses at runtime. So JRE is a software package that contains what is required to run a Java program. Basically, it’s an implementation of the JVM which physically exists.

It is the tool necessary to:-

The JDK completely includes JRE which contains tools for Java programmers. The Java Development Kit is provided free of charge. Along with JRE, it includes an interpreter/loader, a compiler (javac), an archiver (jar), a documentation generator (Javadoc) and other tools needed in Java development. In short, it contains JRE + development tools. 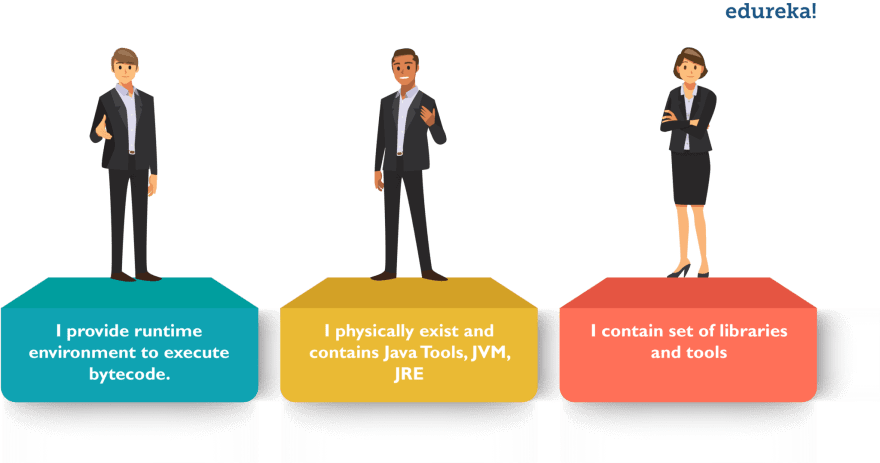 DevOps Myths! Are these true?

aayushi94
Convince me that Web3 is the worst
#web3 #webdev #healthydebate #discuss
Apocalyptic: ☢️ If there where no more computers tomorrow, what would you do?
#discuss
What bug reporting tool to choose?
#qa #tools #productivity #testing