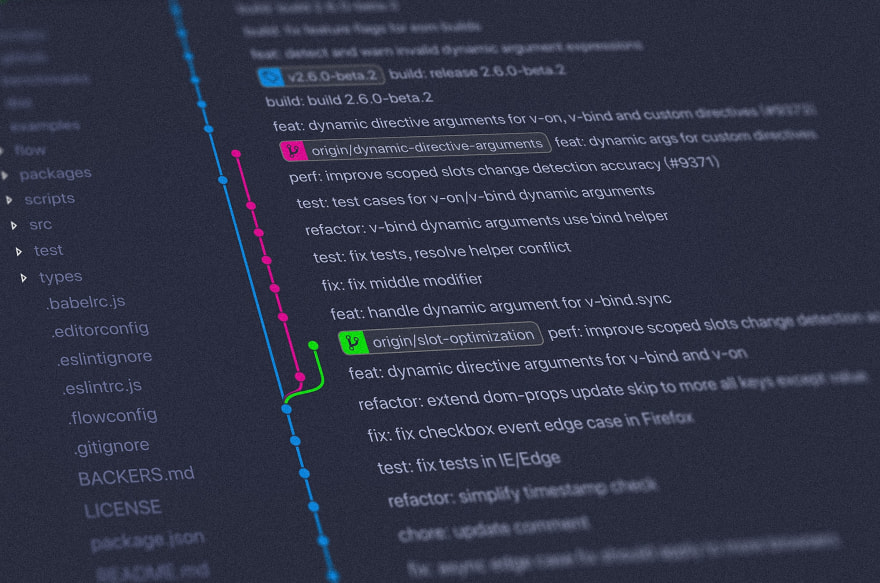 Here are some of my favorite git tips and tricks that I either recently learned or that I use all the time.

Here is the article that I learned this trick from and it explains it better than I could: thoughtbot - git-safe.

One of the biggest benefits that see from this is using it to override what version of a command is used while working on the project.

Example: You have phpunit installed globally on your system but the project needs to use a specific version. Just add the specific version to the bin directory of your project, run mkdir .git/bin, and that's it! As long as you add .git/safe/../../bin to the beginning of your $PATH it will override other entries.

Another thing to note here is you can use it on other directories besides bin/. You could add something like .git/safe/../../vendor/.bin/ as well.

While they are not much different than a shell alias, I do like git aliases more because they are nicely organized under the ~/.gitconfig file. Here are a few that I use on a daily basis:

I try not to go crazy with them since I can not rely on them always being there while accessing different machines.

Setting a global .gitignore can be really helpful. By default $HOME/.config/git/ignore is used. You will need to create it if it does not exist on your system. The location of the file can be changed in your ~/.gitconfig.

The file works the say way as normal `.gitignore files but for the whole system instead of the individual project.

The main reason I use it right now is those pesky .DS_Store files. I'd rather not have to add that to every single one of my projects.

Documentation on this feature and much more can be found here.

Sometimes you have your own workflow that causes you to need to have git ignore certain files and it's not appropriate to add entries to the project .gitignore.

I ran into this situation recently. I'm was working on a project where everyone was using PHPStorm and I was the only one using VS Code.

I added my own .vscode/launch.json for debugging and I was not ready to add it to the project yet. I kept almost committing it along with my other changes, then I found .git/info/exclude. It's another file that works the same way as a global or local gitignore, but it's project-specific and not tracked by git. It was exactly what I needed but never knew it was there.

Documentation on this feature and much more can be found here.

A simple but really useful shortcut is running git checkout - to switch back to the previously checked out branch. You can keep running it over and over to toggle between two branches.

Fun fact, this works with other commands like cd -!

A Comprehensive Guide to React.js in 2018

This is the original guide for learning to build apps with React.js. Recently upgraded to support React 16.3 and friends.

How to communicate with non-programmers

A Complete Beginner's Guide to React Router (include Router Hooks)