Understanding how the Big O Notation is used to measure algorithm performance.

Big O is a fundamental concept in the field of computer science, but most people do not understand what it is and why it is necessary. It is also very difficult to grasp for beginners. In this article, we will demystify Big O, understand its importance, and explore how it can be used to determine the efficiency of algorithms. 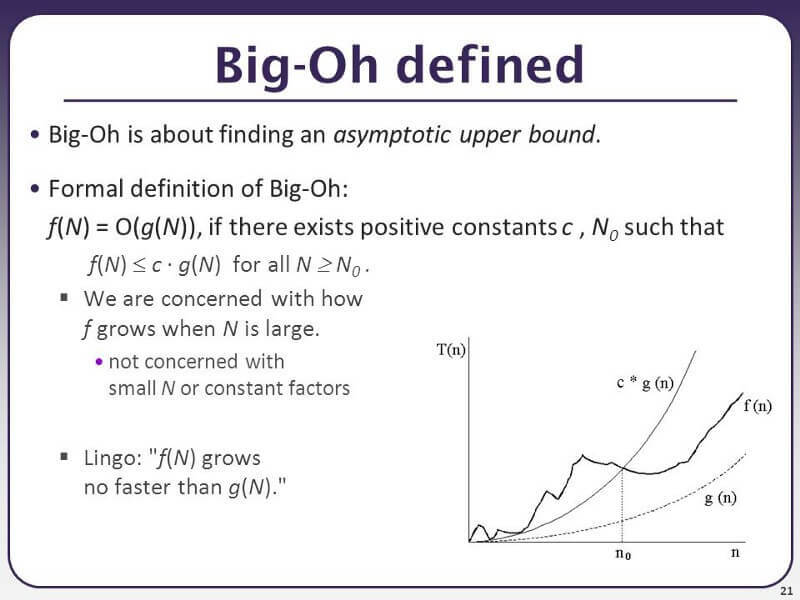 This image above explains Big O as 'finding an asymptotic upper bound', but that's not why we're here, we came for a more simplistic explanation, not this one 😂😂😂😂. So let's define it then.

Big O is a way to express and represent an algorithm's performance. An algorithm is a step-by-step approach to solving problems, and it is important to know that a problem can have multiple algorithms for finding its solution, the Big O notation is a standard for identifying the most optimal/effective algorithm.

Big O measures an algorithm's performance in terms of two factors which are, the amount of time it takes to complete and the amount of memory it consumes. This being said, there are two ways to measure the performance of any algorithm using Big O;

Time complexity is how quickly an algorithm accomplishes its objective. Basically, it is how long an algorithm will take to accomplish its goal, and it is determined by how well it performs as the number of operations increases.

This is how much memory an algorithm consumes in performing its required task. An algorithm's space complexity is determined by the amount of memory space necessary to solve an instance of the computational problem.

A major significance of Big O is that it serves as a standard for the comparison of algorithms. As we stated earlier, several algorithms can be used to solve a single problem, and Big O is a way to determine the most efficient algorithm for solving that problem.

Other objectives of Big O include the following;

There are several Big O Notations but before we dive into them let's analyze the image below. 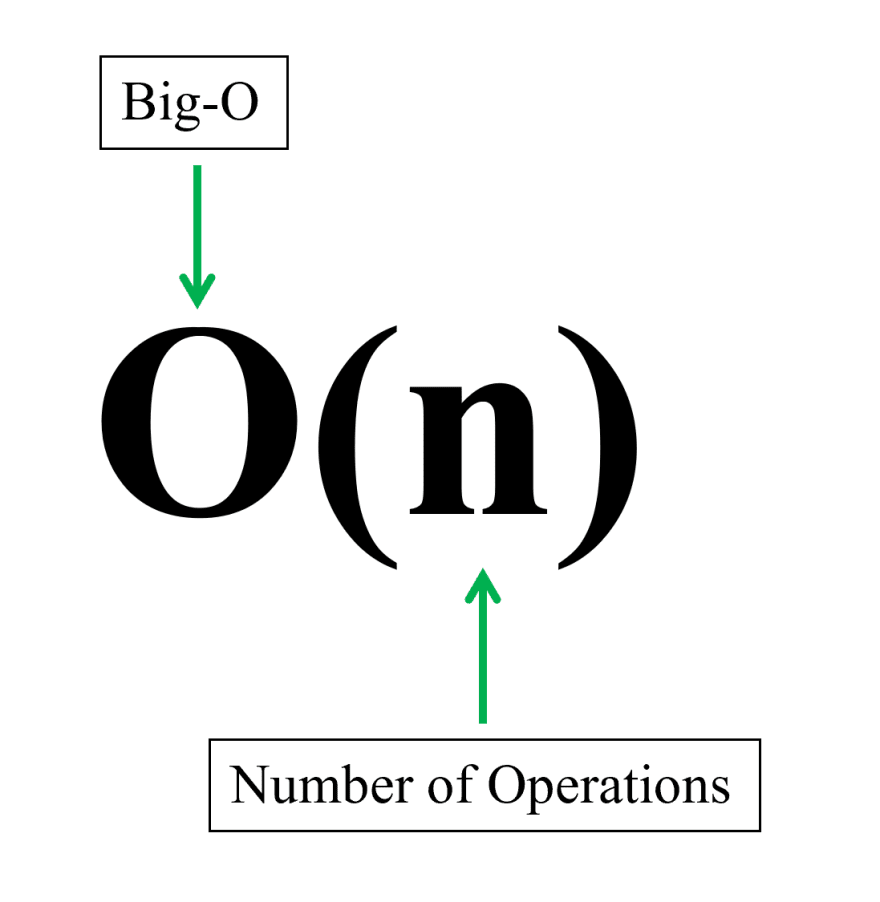 This image is a format used for representing Big O notations and it can be broken down into the following two parts.

Note: The number of operations represents the number of tasks/activities the algorithm handles.

With the aid of the diagram below, we will discuss the types of Big O notations while focusing on the best three(3) notations. 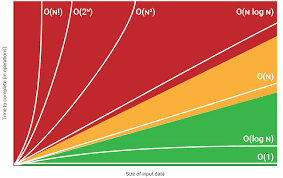 The image above is a graph showing several Big O notations and the colors represent the following;

Let's now dive deep into the yellow and green regions, which consist of the following notations;

Thus, if you are given;

In the example above, we created a function called example1 which takes an array of names as input. The function is simply made to carry out one (1) activity, which is to print to the browser's console, the first name in the array.

This example above has a constant time complexity and we can say that it performs a constant number of operations regardless of inputs. That is to say, even if we were to find the third and last names of the array, it would still have a constant time because it is still carrying out the same operation of finding a name from the array.

Note: O(1) is the best-case scenario of any algorithm.

An algorithm with a notation of O(N) scales as input scales between the number of inputs and the number of operations. As the input increases, the algorithms take a proportionately longer time to complete.

Therefore, if you are given;

For instance, when reading a book, it takes more time to finish depending on how many pages that book has. Therefore, it'll take a shorter time to read a book of 10 pages, than a book of 1000 pages. This is a more relatable example, now let's take a practical code example.

In this example, if more names were added to the array, it would take a longer time to complete, therefore we can say that it has linear time complexity.

In an algorithm whose complexity is O(log N), the number of operations increases very slowly with increasing input sizes. As input size grows exponentially, the calculation time barely increases.

Therefore, if you are given;

Note: The following are a few things to note about O(log N);

In the table above we can see that notations in the red region such as O(N!) are unoptimized and they produce very large complexities in terms of space and time regardless of the number of inputs. Algorithms with notations in the red region take a longer time to finish when given large inputs and they would take up a lot of space/memory. Therefore, it is advised that algorithms with such notations be optimized or disregarded when solving problems.

It is also noteworthy that O(1) is the best performance an algorithm can have. Most algorithms can be optimized to get to the yellow or green region of the previous chart i.e., O(1), O(log N), and O(N) depending on certain tradeoffs.

As we have come to the conclusion of this article, and hopefully we were able to accomplish all the objectives we set at the beginning, I would like to conclude that Big-O notation indicates how well algorithms perform on large problems, such as sorting or searching large lists.

INTRODUCTION TO DATA STRUCTURES AND ALGORITHMS

Fix Firefox's 'Show in Folder' not opening in File Manager

The Failure of Charles Babbage and the Good Enough Principle

Onyeanuna prince
Would you like to learn about complex technical concepts in a very simplified and down-to-earth way? Join me as I help you gain a solid understanding of them in a clear, basic, and concise manner.
JAW-DROPPING FUNDAMENTALS OF THE 'this' KEYWORD IN JAVASCRIPT.
#javascript #webdev #tutorial #computerscience

Once suspended, aahil13 will not be able to comment or publish posts until their suspension is removed.

Once unsuspended, aahil13 will be able to comment and publish posts again.

Once unpublished, all posts by aahil13 will become hidden and only accessible to themselves.

If aahil13 is not suspended, they can still re-publish their posts from their dashboard.

Once unpublished, this post will become invisible to the public and only accessible to Onyeanuna prince.

Thanks for keeping DEV Community 👩‍💻👨‍💻 safe. Here is what you can do to flag aahil13:

Unflagging aahil13 will restore default visibility to their posts.