All happy families are alike; each unhappy family is unhappy in its own way.

When it comes to planning, every product owner wants to live in the two-dimensional world. One dimension would be business value , another one – resources.

It would make prioritisation much more manageable than it is now. Just pick the tasks that give us more value and require less effort, and you'll be fine.

In the previous note, Who Needs Estimation: The Story of Two Backpacks, we used a Knapsack problem as an analogy for this process. Just in case, here is its definition from Wikipedia:

The knapsack problem or rucksack problem is a problem in combinatorial optimization: Given a set of items, each with a weight and a value, determine the number of each item to include in a collection so that the total weight is less than or equal to a given limit and the total value is as large as possible. It derives its name from the problem faced by someone who is constrained by a fixed-size knapsack and must fill it with the most valuable items.

What do we need to do to match this analogy? We need to take all our tasks and map them to the same scale – estimate them.

What do we see in this picture?

The elements look alike, so we're able to compare them to each other:

I hope it sounds sensible so far because I'm oversimplifying. In reality, the mapping looks more like this picture:

The elements are heterogeneous, they have a very little in common – but we still need to put them to the same scale.

Are there any similarities between a dear, a golfer, a flame and a flying saucer? I see only one – they're hard to estimate...

Each task from the second category is dangerous in its own way, which makes it hard to come up with a generic algorithm. But it's not too bad – there are at least 4 big categories, each with its own particularities. I tried to name all of them:

If it doesn't make sense yet, it'll be better after I return to our knapsack analogy.

For those who don't remember, or didn't read The Story of Two Backpacks, don't worry, it's simple.

We were talking about a guy who is moving from Norwich to London (~2 hours on a train). He has a backpack (or a suitcase, or both) and plans to move everything he needs in several iterations.

As I said before, the real world planning is much more intricate than a Knapsack problem, so it's time to demonstrate it.

I will walk through all these types, show you several examples from real projects, and give you some advice that would help you to estimate tricky tasks. Let's start with the first one!

As I already mentioned, the original version of the knapsack problem rarely exists in real life because it has only two characteristics: weight and value. Unfortunately, there are much more.

For example, what if you want to take this guy to your new flat in London? 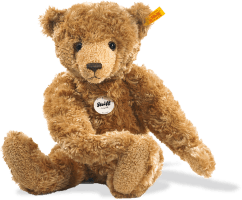 His weight is around 400 grams, so if it was only a matter of weight, you could put 50 bears in your backpack and decorate your apartment in Siberian style.

Unfortunately, if you take it, there is no much space left – maybe only for your wallet and two mugs, but that's all.

But there is a big downside as well. The fact that teddy bears are light and don't require any specific skills to carry them may belittle estimation.

Kettlebell: a problem with side-effects

Time for another example. Imagine that you need to take this luxurious kettlebell with you – would it fit in a backpack? 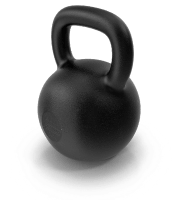 Well, it would. This would even leave some free space that you probably wouldn't use.

Why? Because it's too heavy.

Yes, kettlebells are smaller than teddy bears, but they're incomparably heavier. But there are a few more differences you should keep in mind:

Real-life example: optimising performance for a critical piece of an application

Antique vase: a problem with no margin for error

Let's move on to the next one. We've just moved a teddy bear and a kettlebell, what do we need now? This fragile vase that costs a fortune perfectly complements this logical series: 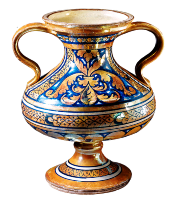 What distinguishes this example from the previous ones? Well, a lot:

Real-life example: legal requirements that your product must meet before the deadline strikes

I only have one recommendation, but it deserves clarification.

If it comes to a critical task with a strict deadline and a non-negotiable scope, we have to focus on it to get it done. Whoever works on it, shouldn't think about anything else.

Should one person be enough to complete the task? Great, give her this task and plan the rest of the sprint as if she is not there.

Need two people? Pretend that they're both on vacation.

Need the whole team? Why the hell are you wasting your time on estimation – start working right now!

65-inch wall mounted TV: a problem with unknowns and dependencies

It's time for the last one. 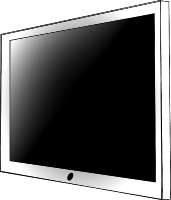 You want to move your TV panel to the new flat. How hard can it be?

There may be more dependencies, such as contacting your TV provider or buying an extension cable, but it's already complicated.

We know the team which worked on a similar feature before, we should be able to use their database. If it happens to be not enough, we need to ask them to create one more database for us.

We genuinely wish to reduce estimation to a one-dimensional problem, where only story points (or time) matters, but it's not easy.

We need to not only compare apples and oranges but know how each of them affects our capacity. It makes normalisation complex, but not impossible, I'll cover it in my next notes.

In the meantime, there are several final points as a summary:

* the photo of cute cats is by Jari Hytönen on Unsplash

Master of terrible analogies. Software engineer. All opinions belong to me, my wife and my cat

The must have acronyms for software design

Silent Grouping for Estimation. Does It Work?

Evgenii Ponomarev
@_elergy_
Master of terrible analogies. Software engineer. All opinions belong to me, my wife and my cat
joined
Feb 20, 2019
More from @_elergy_
Silent Grouping for Estimation. Does It Work?
#estimation #agile
Who Needs Estimation: The Story of Two Backpacks
#estimation #agile

Trending on DEV
This is how I evaluate my potential employer (it works 99%)
#career #motivation #productivity
Career Progression: What Does It Mean to You?
#career #discuss #goals #levelup
VSCodium the open-source version of VSCode without telemetry
#vscode #productivity #webdev #beginners
What's on Your Personal Development Plan?
#discuss #career
When is the last time you used `var`?
#discuss #javascript
Feb. 21, 2020: What did you learn this week?
#weeklylearn #discuss #weeklyretro
Kindly share the work/life related website(s) you never fail to visit everyday, and why
#discuss #fun
Tabs vs Spaces?
#discuss