A few days ago Bootstrap 5 Alpha was officially launched and since we build themes using Bootstrap and we also have a blog we thought it would be a good idea to quickly set up an article and distribute it on our social media, reddit and so on.

After about 1-2 hours of writing the article it was ready. I also created a custom preview image to make it more shareable on social media. Here's the article if you're curious:

I started to share it on our social media, relevant subreddits, designersnews, hackernews and so on. Little did I know what would happen. With my co-founder, Robert, we even started joking around that it might crash our server lol.

So after sharing it on these multiple platforms the Google Analyics live users was like this: 20, then 50, then 70, then 100, then 130 and so on. I went outside for a couple of minutes and when I got back my colleague told me that he can no longer access Themesberg. 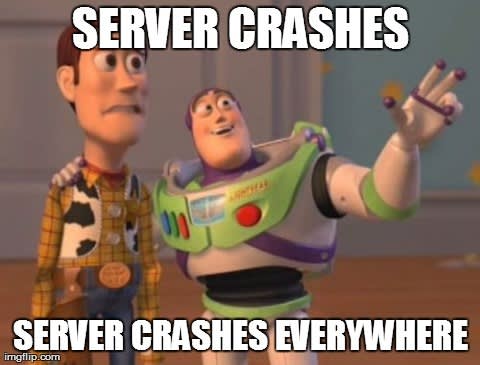 I was like... what? This never happened before. So I took a look and indeed, it was not working. Like at all. Anywhere. Started panicking a little since this was a crucial time especially because of the many visitors.

I took a look on our server logs and hundreds of 500 server errors were popping up. The queries no longer worked. The culprit was a stupid query that counted all of our users for every page accessed. I quickly hardcoded the count and later on optimized the whole thing.

Around 700 lost visitors in the 10 minutes while the website was down.

Optimize your queries. Update your hosting. We were on the cheapest plan on Heroku.

We also switched to Cloudflare for DDoS protection because this was a period of security paranoia LOL.

Conexión a base de datos a través de Entity Framework

Once suspended, zolidev will not be able to comment or publish posts until their suspension is removed.

Once unsuspended, zolidev will be able to comment and publish posts again.

Once unpublished, all posts by zolidev will become hidden and only accessible to themselves.

If zolidev is not suspended, they can still re-publish their posts from their dashboard.

Once unpublished, this post will become invisible to the public and only accessible to Zoltán Szőgyényi.

Thanks for keeping DEV Community 👩‍💻👨‍💻 safe. Here is what you can do to flag zolidev:

Unflagging zolidev will restore default visibility to their posts.