Smartphone technology and its role in our lives have enhanced beyond our imagination over the past few years. With over 2.7 billion smartphone users and counting, it’s no surprise that the app industry is growing at such a rapid pace.

In 2019 only, nearly 21.3 billion apps from Google Play were downloaded by mobile users. As for Apple Store apps, they dominate the market in terms of consumer spending, taking nearly 64% of global consumer spending on app stores. While Apple App Store has almost 2.2 million apps available for download, Google Play has 2.8 million apps. So, app users sure can’t get bored with the apps on their mobile devices.

But it seems that the mobile app market hasn’t yet reached its peak. Experts believe that between 2018 and 2022, there will be a 25% increase in mobile app downloads worldwide, predicting that over 258 billion app downloads globally.

Now, let’s be honest, if you take a moment to look up from your smartphone, you’ll notice that everyone around you has their eyes glued to their phones. In fact, it seems that the average American checks their smartphone every 12 minutes, while 10% of people do it once every four minutes.

What does this mean for the app development market? It means that the mobile app resellers, content creators, and producers need to keep up with the new trends to keep mobile app users entertained. 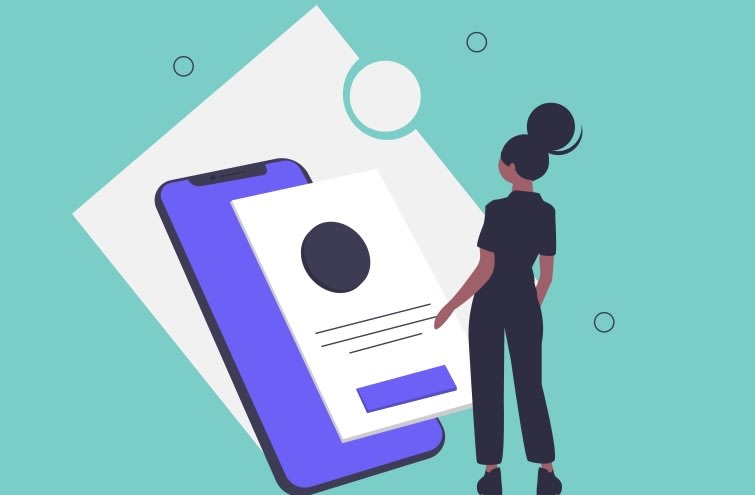 Here are the top 4 mobile app development trends that are dominating this year.

The IoT isn’t a new concept in the tech community. Yet, this year, the rise of mobile app usage and mobile penetration across various sectors has created numberless opportunities for the IoT.

The IoT represents a growing network of devices connected to the Internet, which provides convenience and automated control to consumers. Take smart home technology, for instance, which is an excellent example of the relationship between IoT and mobile app development. Mobile apps allow users to adjust the thermostat from a remote location, to lock or unlock their front door, or to connect to their home security systems. But that’s not all, even refrigerators, ovens, and other household appliances can be connected to homeowners through mobile apps.

This year, we are seeing more mobile apps developed with the IoT in mind. The markets closely keeping an eye on this trend are the household devices, automobiles, and healthcare sectors.

Remember the flip phones, which later were replaced with touchscreen mobiles with on or no buttons at all? Well, over the last couple of years, flip phones are making a comeback. Last year, the smartphone market saw major releases of foldable devices such as Samsung Galaxy Fold, Huawei Mate X, and the Motorola Razr.

In fact, according to a recent study, 17% of iPhone users and 19% of Android users consider buying a phone with a foldable design.

Thus, if app developers, resellers, and content creators want to continue to create relevant apps and keep their users hooked, they have to adjust to this trend.

There’s no way we could be talking about apps in 2020 without mentioning mobile commerce and its impact on app development.

Let’s put it this way: when was the last time you ordered something online using your phone? Most likely, the answer is “this week.” That’s because mobile commerce is the new normal when it comes to shopping.

All brands have understood that this trend has been dominating the past couple of years, will dominate this year as well, and will probably continue to do so for a long time now. So, it’s no surprise that all brands now have a mobile app to increase their revenue by allowing their customers to purchase from the comfort of their own home using their mobile devices.

From large retailers to individual content creators, this space offers great opportunities for making money. From an app development perspective, mobile e-commerce functionality is a top feature that brands want to have in their apps. It seems like there is a new app released by another business every day.

These mobile commerce apps have many features to keep consumers hooked. They have features like multiple payment options, easy navigation, social media integration, a personalized shopping experience, lots of visually appealing product images, and engaging background music such as the one you can find on melodyloops.com.

According to Statista, by the end of this year, nearly 70% of total e-commerce sales will come from mobile devices.

Perhaps one of the most controversial topics among the medical and tech communities, 5G has created a significant buzz worldwide.

From an app development perspective, this revolutionary technology is set to be a game-changer for the way apps are used and created.

What does this mean for mobile app development trends? Compared to previous generation technology for cellular networks, including 4G, 5G will improve both speed and efficiency and deliver a 10x decrease in latency.

Obviously, the penetration of 5G will boost the functionality of mobile apps, allowing developers to include new features to apps without negatively affecting their performance. Moreover, 5G technology’s speed can also be used during the testing and development stages of the process of creating an app.

I love to write and read about latest Technologies!

Control your Android device from PC 📱💻

How to Make a Markdown Blog With Next.js

Move/Install WSl distro from C drive to another drive

Signs it's time to leave your company