In this tutorial, we are going to see how to create a distributed cache (LRU: Least recently used) using ZooKeeper for leader election. 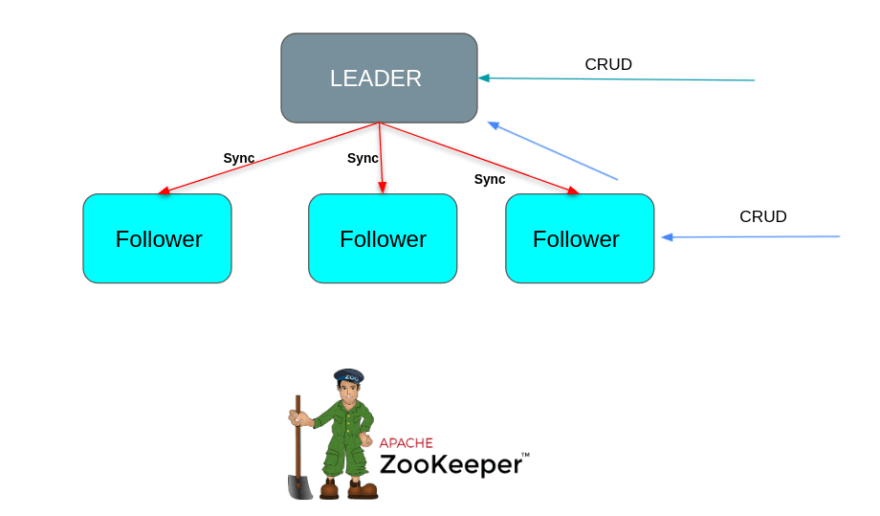 Before starting you can find the source code of the project at the following link https://github.com/zakariamaaraki/Distributed-LRU-Cache

Apache ZooKeeper is an open source volunteer project under the Apache Software Foundation. It's essentially a service for distributed systems offering a hierarchical key-value store. 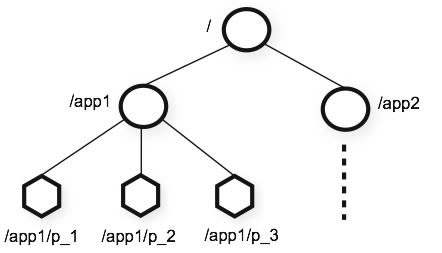 To build our distributed cache, we are going to use two features provided by ZooKeeper :

Suppose we have two instances (A and B) with which we communicate, we suppose also that both instances are alwayse synchronized. If we send the request 1:Set(x,1) to instance A, then to instance B request 2:Set(x,2), there is no guarantee that request 1 is executed before request 2, for several reasons, maybe instance A crash and restart or maybe because of the latency.

Ok but what happens if this instance does down (this is a single point of failure), this is not good !!
to solve this problem we need an automatic mechanism that elect a leader whenever the leader instance goes down.

There is a lot of algorithms for doing leader election, for example :

Doing leader election with ZooKeeper is very simple. A simple way of doing that is to use the sequence & ephemeral flags when creating znodes that represent proposals of clients. The idea is to have a znode, say /cache-election, such that each znode creates a child znode cache-election/p-0000X With both flags sequence and ephemeral.
With the sequence flag, ZooKeeper automatically appends a sequence number that is greater than any one previously appended to a child of /cache-election. The instance that created the znode with the smallest appended sequence number is the leader.

At the same time, we're using ZooKeeper as Service Discovery using Spring Cloud Zookeeper that leverages this extension for service registration and discovery.

Note that according to the CAP theorem, ZooKeeper is a CP system. This implies that it sacrifices availability in order to achieve consistency and partition tolerance. In other words, if it cannot guarantee correct behaviour it will not respond to queries.
Using a Service Discovery with a CP system is not a good idea, so it might be better if we use Eureka (which is a AP system) as a service discovery/registry instead of ZooKeeper (to guarantee availability) but in this case we'll need to set up another cluster.

The java.util.LinkedHashMap.removeEldestEntry() method in Java is used to keep a track of whether the map removes any eldest entry from the map. So each time a new element is added to the LinkedHashMap, the eldest entry is removed from the map. This method is generally invoked after the addition of the elements into the map by the use of put() and putall() method.

There is a lot of things to talk about, so i suggest you to see the whole code of the system by visiting this link : https://github.com/zakariamaaraki/Distributed-LRU-Cache

Setting up a .NET 5 web API + Running it in Docker // for beginners

10 Java Developer Skills that are in High Demand