Today, I want to talk about something serious. It's something that concerns all of us, yet it often goes unnoticed because so many of us choose not to care.

I want to talk about the lack of political awareness among the dev community.

It has bothered me on several occasions in the past, but something was brought to my attention by a friend this time, and I had to write this post. 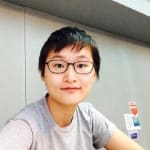 Yoren is a friend of mine whom I met during my trip to Taiwan in February. She is a Taiwanese developer and Wordpress expert, and she is part of a vocal community of people who want to keep the rights and identities of the Taiwanese populace secure.

It all started when a certain PR on WooCommerce was generated.

Changes proposed in this Pull Request:

Closes #24237. Actually it's already closed, but as mentioned in the comment there appears to be several items missing in the Chinese state list. Also there seems to be a typo in the spelling of Macao, according to ISO 3166.

How to test the changes in this Pull Request:

Enter a summary of all changes on this Pull Request. This will appear in the changelog if accepted.

Taking a quick look at it, most of us probably won't think there's anything wrong with the PR. After all, the dev is just trying to follow the ISO 3166 guidelines, right? In the discussion, you'll see them repeatedly bring up this point.

You can see Yoren and her fellow Taiwanese devs arguing against it in the thread below, and they've clearly articulated why they think accepting the PR would be problematic.

But the issue goes deeper than this. We checked the profile of the PR submitter, and found a repository named One-China.

尚未交涉 Not yet start communication

Apparently, this person has been submitting pull requests to a number of open source projects that don't "comply" with the One China policy, and trying to get such changes implemented that would damage the identities of people living in disputed territories like Taiwan.

Why Is This Problematic?

This is being done under the guise of following the ISO 3166 standard to the letter. That's the usual argument or something similar. But the truth is that ISO 3166 is not a neutral standard. Far from it, in fact! It is heavily influenced by the UN, which doesn't acknowledge many countries like Taiwan as sovereign territories, even though they have their own separate governments, legal systems, passports, and currency.

It's hard to convince many fellow devs to understand that a widely adopted standard like ISO 3166 is actually disputed. Most of us lean toward the easy way out because it requires a lot of patience to learn about the history behind these disputes.

That 👆🏼 particular issue was thankfully resolved due to the efforts of many Taiwanese devs reaching out to the WooCommerce and Automattic teams respectively, and they finally switched to using the CLDR standard. But incidents like this are really sensitive for Taiwanese people, because each time something like this happens, it threatens to erode their very identities. If more of us were politically aware, they wouldn't have to jump in and fight back alone each time. This might seem like a trivial thing to some, but it can get really tiresome to fight for your identity over and over, even when there are plenty of precedents on how such issues have been resolved in the past.

As an example, Drupal switched from ISO 3166 to CLDR because they realized that "the interests of parties in the UN do not align with the interests of software developers (and open-source developers in particular), and, thus, doesn't make for a good source of country/territory data."

How Can We Help?

This is about more than just Taiwan, however. It concerns everyone fighting for their place in the world.

Some of you probably already knew about the protests going on in Hong Kong, since it has been covered extensively in international media. But did you also know about the issues going on in Iran, Syria, Crimea and the likes? GitHub recently had to block users in these countries. Since these countries are on US export ban list, and GitHub, being a US-based company, has to adhere to US trade laws.

Can you imagine how confused, shocked, and heartbroken developers in those countries must've felt when they suddenly discovered all their work had just gone poof? GitHub did eventually restore some functionality to their accounts, like free public repos, but it only happened after a massive uproar. The hashtag #GithubForEveryone and the repository linked below gained a lot of support, and GitHub finally restored partial functionality to the user accounts in those nations.

GitHub do not ban us from open source world 🇮🇷

A Message to GitHub

Attention! We are so thankful for your support. This repository always shows that people are all together against unfortunate happening around the world As GitHub revised some of the previous restrictions, we decided to reduce this repository's activity. Of course, it does not mean that we agree with the sanctions and the GitHub We will post a conclusion and explain more soon, please wait for that The campaign will be terminated Thursday 1 August 23:59 (Tehran Time GMT +4:30). After this time we won't merge any new PR. Once again thanks for your support and kindness Please wait for our final conclusion

If people didn't come forward in support, so many people would've lost their work for no fault of their own. Something similar happened with Slack as well, and they later came forward to apologize for it. If that isn't a strong case for political awareness, I don't know what is.

This is more than just a political issue. It is also a user experience issue. As developers, it's our duty to respect our users and make sure what we build is actually beneficial to the users, right?

Take the case of the WooCommerce PR above. If the reviewer were to accept it without actually thinking about the issue critically and listening to the voices of Taiwanese devs, it would've damaged WooCommerce, wouldn't it? Because no Taiwanese individual in their right mind would select China as their country and then select Taiwan as their province. It just clashes with their identity and how they view their country. To them, Taiwan is clearly a sovereign nation with a democratically elected government.

So it was smart of the devs to actually listen to the people, recognize it as a "disputed" case, and move forward based on user experience rather than the ideology of people who don't live in Taiwan. After all, the people who're gonna be ordering stuff to Taiwan/HongKong from various e-commerce websites are the people actually living there, so it makes sense to care about their user behavior.

There's plenty of propaganda churning machines in the world, and if we're not careful, it's easy to be swayed by their opinions. It's natural, then, to think we made a mistake in our project and want to fix it asap. That is why we need to make informed decisions based on user experience.

There seem to be multiple people who're trying to exploit the political ignorance of others in this manner and manipulate them hence. That's why I want to strongly urge all of you to become conscious of this and start becoming more politically aware.

I highly recommend you start by watching these videos:

I believe this is a really important issue. Let's educate each other and raise awareness about political issues where it's important for us devs to be informed.

Do you know of any such instances or political issues that have impacted developers in some way? Or perhaps even stories where developers have united to influence political issues? Please share your own experiences and anecdotes.

This issue hit close to home for several reasons, one of them being the fact that open-source projects are being targeted. For me, there's a certain special place that open-source holds in my heart. In fact, for all of us here at Team XenoX. So nobody gets to mess with open-source, not on my watch. 😤

If you hold the same love for open-source and want to use it to do good in the world, our doors are always open for you! Doesn't matter whether you're a newbie or a veteran, everyone is welcome to join the partayy! Join the XenoX army and help us change the world, one step at a time. 🔥 Just follow the instructions here and you're all set.

And if you need help for a commercial project, there's a kickass team always ready to jump into action. 😉 Feel free to reach out to us.

How to migrate master branch to main in Github?

Sponsored by Skynox
#Hacktoberfest2020 with Team XenoX - Come One and All!
#hacktoberfest #opensource #javascript #webdev
How we developed a chatbot to fight against COVID-19?
#showdev #opensource #kotlin
Why YOU Should Contribute To Open-Source
#opensource #career #webdev #beginners