I've done some minor tweaks to the game since I last published a devlog. Most were bug fixes and minor features, so I'm going to tell you about what the game currently has.

Currently, the game has enemies that shoot, the player can shoot and jump, the player has health and ammo count, there is a 5 second delay between reloads (placeholder for animation finish), and a basic world for testing with trees and rocks.

I plan to add a level system as well as limiting the camera Y rotation and prettying up the UI a bit. I also might add a companion system, depending on how the first few goals go.

I started to follow this guide and I ran the script and... let's just say it felt like a circus. I basically spin around and an odd angle. I have no other way to describe it.

I merged the script from that guide with my current script and tweaked it so it'd work and lo and behold - it worked. I just had to mess around with a few more values to perfect it and World War Alpaca would no longer have a freely rotating camera.

Now it's time to pretty up the UI. My friend, Lucky, send me what his idea for the UI was, so I'm going to do some sampling from that.

This is what my friend had in mind for the UI: 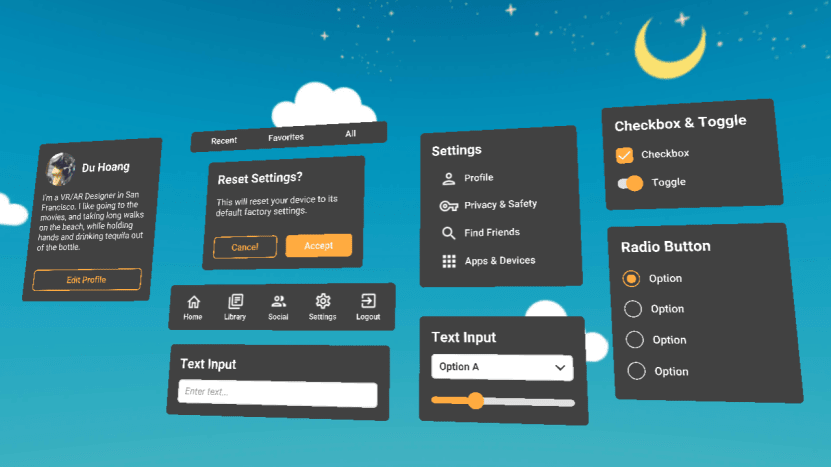 Now the World War Alpaca color is red, so the orange would have to go. I'm really good at HTML, so I made a prototype in HTML.

This is the prototype I made: 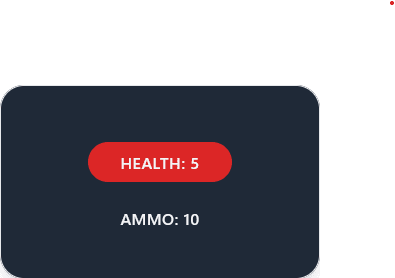 This will be in the bottom corner, keeping the UI fairly out of the way. I am working on the background now and will integrate that into Unity.

Plus adding a crosshair:

UI is looking pretty sexy, if I say so myself.

I also forgot something super important, and that is enemy AI. I want the enemy to only look at the player if they are a certain distance away and pathfind the way to them. This would also mean I need to learn to use Unity's AI system. I need to implement this, sooner rather than later.

So I avoided implementing it, instead looking for the distance away from the player and using that to prevent the enemies from tracking the player too much. They also won't aimlessly shoot either.

So, so far I haven't added a leveling system or a companion system - I'll leave that to the next devlog. Until then, my dear readers!

Build your own Operating System #1_setup_booting

Elixir and NIF: a study case

Cross-Compiling Is Way Too Difficult, How Can We Fix It?