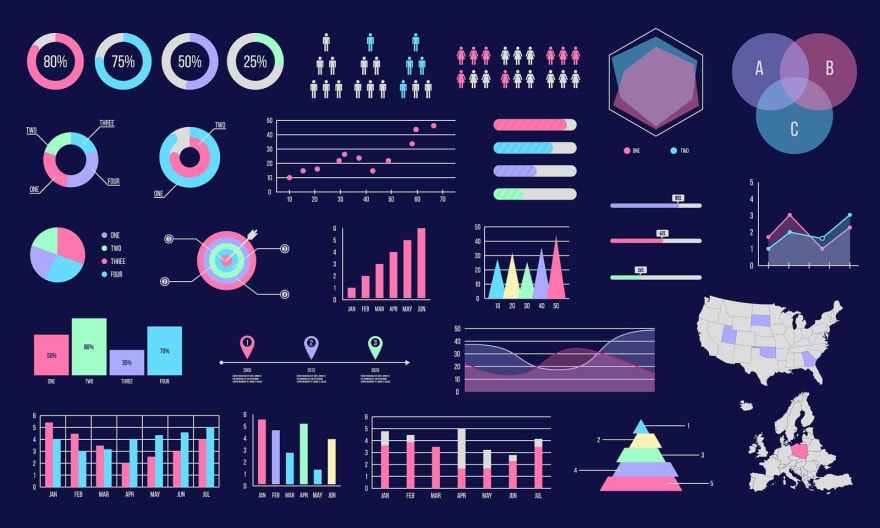 Illustration depicting common components of data visualizations
The role of test suite visualizations in a CI/CD process is becoming increasingly important as the popularity of automation testing grows. There are many benefits to automating your tests, including the ability to run tests faster and more frequently. However, one of the challenges of automation testing is debugging automation test failures for complex websites and mobile apps.
According to this report, 30–40% of mature companies use tools for implementing unit and integration tests with visualization testing, dedicated functionality and resources to help manage the test plans. On the other hand, among less mature companies, only 12–15% use such tools.

The science behind importance of visualizations

Humans can process images in as little as 13 milliseconds, while it can take up to 150 milliseconds to process text. This difference is due to the fact that our brains are wired to process visual information much faster than written information.
This difference in processing speed is significant, and it underlines the importance and benefits of data visualization in information processing. When we are presented with large amounts of data, it can be very difficult to process all of the information if it is presented in textual form. However, if that same data is presented in a visual format with proper format and labelling, our brains can quickly and easily make sense of it. 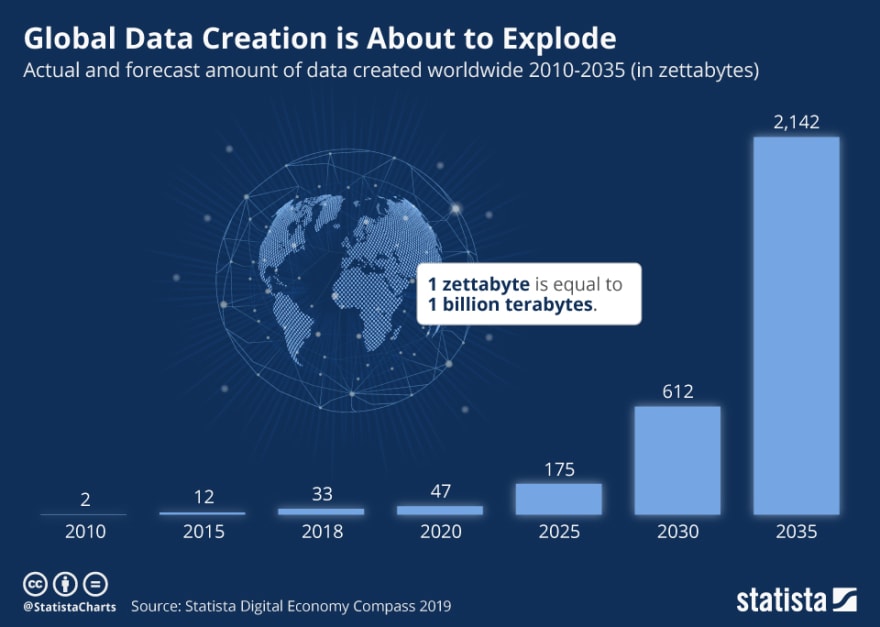 With increased data generation, visualizations are likely to gain even more importance
Visualizations allow us to take in large amounts of information quickly and easily, which is why it is such an important tool for information processing. It is applicable to all fields where data is generated and has to be analyzed. In the context of a tech startup, visualizations are a critical part of daily work and decision-making.
As a startup grows, the number of automation test scripts they use to manage the quality of their product will increase. This can make it difficult to keep track of all the tests and their results. However, if the test suites and reports are visualized, it will be much easier to see which tests are passing and which are failing. This will help the startup to quickly identify and fix any issues with their product.
Data visualization with visualization testing are powerful tools, that can help startups to manage and debug their automation test scripts. By visualizing the test plan and reports, startups can quickly identify issues and take corrective action.

Automation test plans and results can be visualized using graphs, charts and tables on dashboards and documents. Using dashboards for this purpose is especially popular as they are dynamic applications suitable for collaboration across teams and roles. Some common issues faced by tech startups while debugging complex automation test failures are: 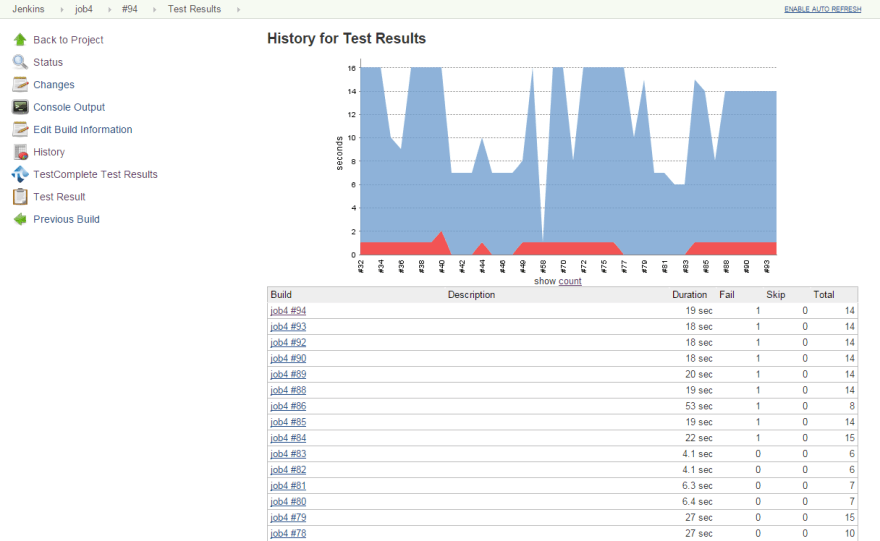 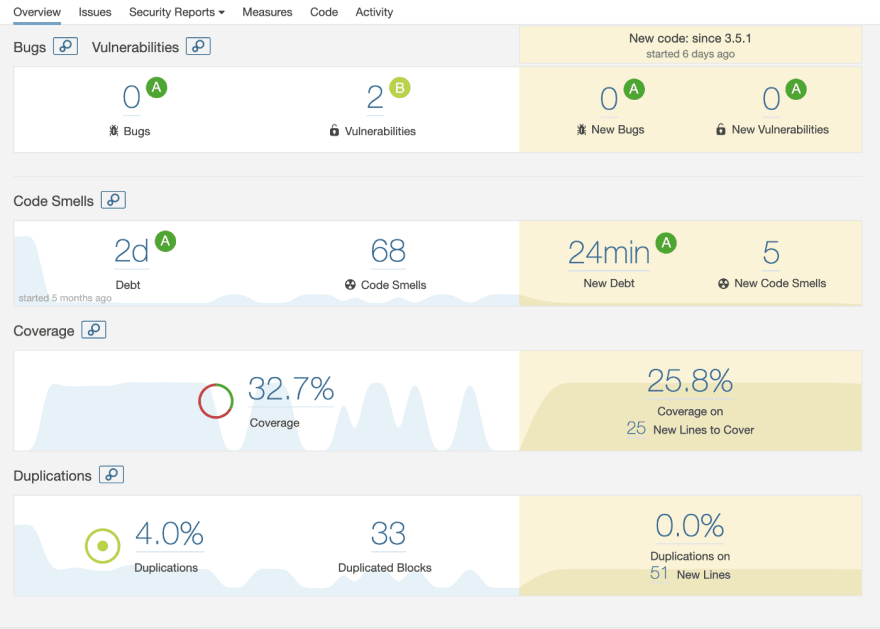 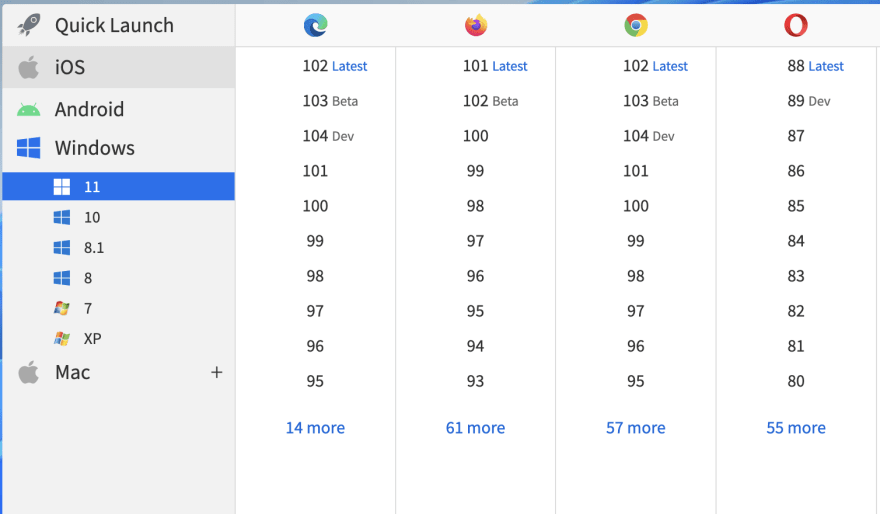 Why is My SQL Server Query So Slow

Debug your Reactjs Hooks with ease !!

What's the best thing to do when you've run into a debugging dead end?

Once suspended, vivekmannotra will not be able to comment or publish posts until their suspension is removed.

Once unsuspended, vivekmannotra will be able to comment and publish posts again.

Once unpublished, all posts by vivekmannotra will become hidden and only accessible to themselves.

If vivekmannotra is not suspended, they can still re-publish their posts from their dashboard.

Once unpublished, this post will become invisible to the public and only accessible to Vivek Mannotra.

Thanks for keeping DEV Community safe. Here is what you can do to flag vivekmannotra:

Unflagging vivekmannotra will restore default visibility to their posts.