In our last article, we learned how to start a project in Rust. This time we'll share tips on what you need to know about variables and their types. We'll learn how to create and use them, and discuss mutability and immutability, constants, and shadowing. 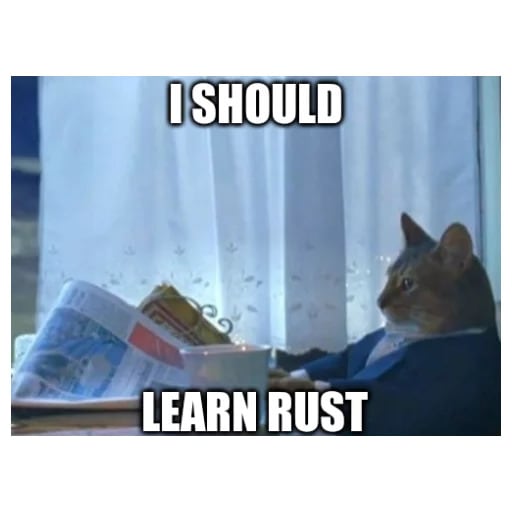 Variables are spaces in computer memory used to store certain data. We can think of them as if they were "boxes" to store some item.

In Rust, when we declare a variable we use the reserved word "let". Check it out:

let x = 10; -> where "x" is the name of the variable and "= 10" assigns the value 10 to "x". Rust is a statically typed language, that is, every variable created must have a type. In this line we are not adding a type because Rust can infer it according to the assigned data - as in approximately 99% of the cases. However, you'll find cases where Rust does not infer the type.

let y: f64; y = 17; -> We can declare first and initialise later, but it's very unusual to use it that way. If the variable is declared and not initialised and we try to use it, we will have a compilation error, because Rust does not allow a variable to not have a value.
As a convention, variable names that have compound names will be written in snake_case, such as explicit_type.
By default, Rust uses immutable variables, which means that it is impossible to change their value after initialization. This is a way to keep your code secure.

In the case below, an error would be displayed:

However, we have the option of making a variable mutable, for that we will add the "mut" keyword, as follows:

In this way, we can make changes to this variable.
To print the value of a given variable, do as follows:

The "{}" is a placeholder that we replace with the value of the variable that comes after the comma.

In addition to variables we can create constants. Constants will always be immutable, and to create constants we use the keyword "const" instead of "let", and the type needs to be specified.
Another difference with constants is that they can be declared in any scope, including the global scope. They cannot be the results of functions or some value that could only be calculated at runtime.

In Rust, it is possible to declare a new variable using the same name that was already used before, and this new one overshadows the previous variable, being able to change even its type. Let's create a project to exemplify, enter the directory and run VS Code:

In the main.rs file we will replace the existing content with:

Let's run this project with the command: cargo run. The output will be similar to:

As we can see, Rust has good mechanisms to avoid errors that are very common in most languages, forcing the initialization of the variable it does not allow, for example, a Null Pointer so well known in languages like Java, C#, etc. It's one of the reasons why so many people claim it to be their favourite language.

Moving on, let's talk about how primitive data types work in Rust. 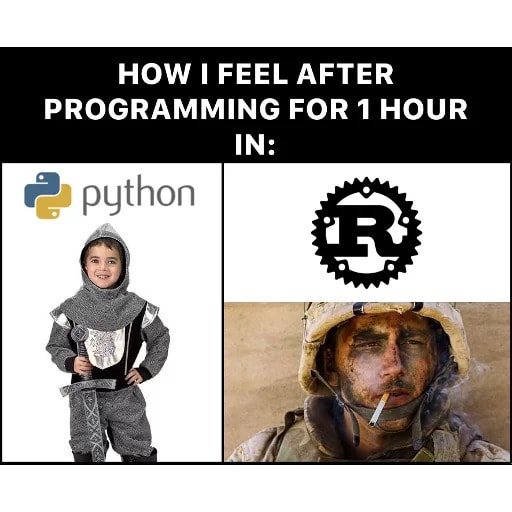 We want to group them first into scalar and composite data types. The difference between these two is that composite types contain multiple values ​​in one type whereas scalar types only contain one value.

There are four scalar primitive types that you should be familiar with in Rust:

The Boolean data type is said to be true or false, like this:

Boolean data types are primarily used for comparing values or logic — for example, to check whether a test score is A, B, or C.

The character type is a 4-byte data type. It is used to store single characters like:

Floating data types are always f32or f64, which can vary widely from negative to positive numbers:

Floats are what we call decimals. See some examples below:

An array is a data type that contains a group of elements. Its size is always fixed and of the same data type, like this:

There are two string data types in Rust: String(String Object) and &str(String literal).
The String object is not in the main language but is provided in the standard library. It is also the most common string type because it is mutable. To create a String:

The &str data type in Rust is considered a slice of string and is said to be immutable, meaning that it cannot be changed during the lifetime of the program. Take a look at the example below:

Slices are similar to matrices, but there are some differences. While array sizes are fixed, slices are dynamic in size; the length is not known at compile time and the data is split into a new collection.

Let's see the example below:

Slices are also a pointer to the above string object where we can retrieve a given character in the string value. We can also borrow elements from a slice to use elsewhere.

In other languages like JavaScript, tuples are called objects. They are fixed data types that contain different types of elements — unlike arrays, which can only contain the same type of elements.

In the example above, the employee tuple contains three elements: a string (Pedro Aravena), an integer (25), and another string (Developer Advocate).

Understanding how to work with all the different types of primitive data in Rust is extremely helpful. We're here to support your Rust journey. If you have any questions, please drop them below and stay tuned for upcoming articles on functions and flow controls. 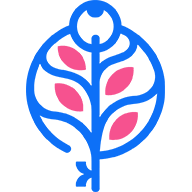