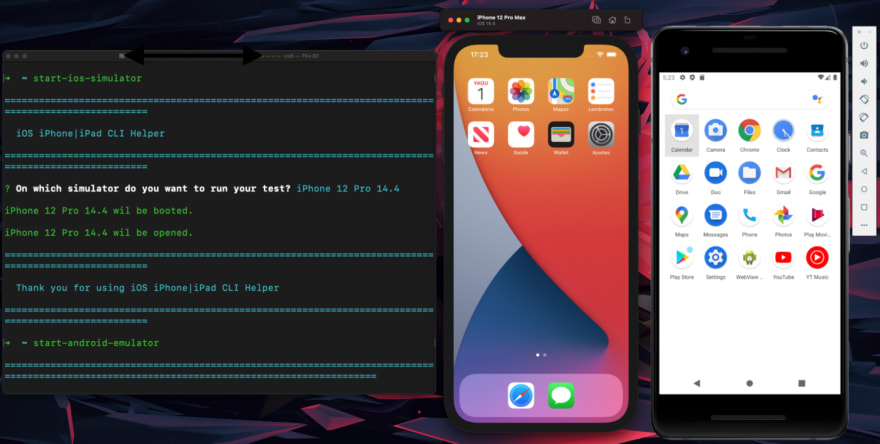 If you like use the terminal and knows how slow it is for macOS to open Xcode and Android Studio in an attempt to get the emulators/simulators started, this article is for you.

Before going to the tutorial, make sure you have Xcode and Android Studio properly installed with their command line tools on your macOS.

With these two NPM packages that can help you, it's start-ios-simulator & start-android-emulator. Run the following commands to install:

For android just run the command below and it will not only list the emulators available to start, it will also ask you if you intend to clean the device's data to start it.

In the iOS simulator you will have all the options available to start. 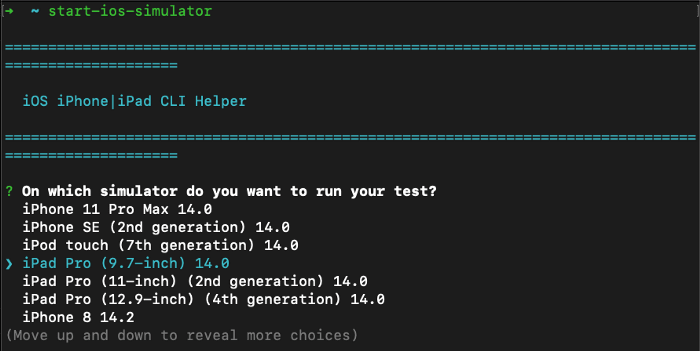 You can also run the default emulator command that's in that developer.android.com doc.

In your .bash_profile file you can even create an alias to run just a short command in the terminal.

Apple has simctl binary for interacting with iOS simulators from the command line. It's very similar to adb for Android. We can access all available options using the help command.

To launch the simulator app:

If you want to start a specific simulator, just find the id listed in the xcrun sumctl list — json command and run the command:

Flutter State Management made easy with provider 2: Provider as a Dependency Injection framework and MultiProvider