Mobile phones have become an integral part of our daily life. The average time a person spends using a mobile phone is 4 to 6 hours.
Additionally, another report by Statista states that the number of smartphone users in the United States is expected to reach 301.65 million.

What’s more interesting is that more than 80% of their mobile time is spent on mobile Apps.

These facts are well understood by business owners and they use them to their advantage. Nowadays, developing a good mobile App is the best move any business can make to attract more customers into their sales funnel.

Today we can order anything, anytime, anywhere with the help of a small App. The power of applications is not limited to that.
Be it booking movie tickets, watching our favorite TV shows, listening to music, etc., there’s a ton of Apps available.

Many businesses have earned millions of dollars by developing an effective App. Let’s take some examples where an amazing App plays a major role in making profits;
➼ Uber’s App just connects passengers and drivers. By doing this, they make billions.
➼ Food delivery Apps like Grubhub, Doordash, etc connect delivery persons, restaurants, and customers. They are also earning huge profits.
Now that we know how an App can help a business, you need to decide how to develop one.

This eliminates the need to develop the same App multiple times for each platform. With a single App, you can target and cover more people, as cross-platform Apps assist you to deploy your App in Google play store and Apple play store.

➼ Cost-efficient — Developing a cross-platform App is much cheaper when compared to native Apps. This is the main reason why start-ups tend to opt for cross-platform Apps.
➼ Saves time — It helps to launch and run your App on various platforms at once, Hence, it is a gift for start-ups and SMEs to decrease development time.
➼ Broader audience — The App will be compatible with various mobile operating systems; this enables you to reach a larger audience base.
➼ Good performance — Cross-platform development technology is constantly innovating to achieve greater speed and performance. Currently, there are a lot of tools and technologies that can be used by developers to create an App with native-like features.

Xamarin is an open-source framework that uses C# or Ruby coding, which runs on any platform including Android and iOS. It is the most popular programming language that was launched in 2011.
Xamarin is equipped with some good features like monitoring your app’s performance and the ability to run tests that help sort out any potential bugs. Well-recognized companies such as IBM, Foursquare, and Microsoft are using this framework.

➼ Visual Studio
This framework has an innovative visual studio that enables a developer to build powerful and modern IDE. Besides the offering of .NET/C# would help to produce real-native binary code output.
Other interesting features like project template library, code auto-completion, etc can also be accessed in Xamarin.
➼ Shared app logic
The option to write a single codebase and deploy across many platforms is also a useful advantage of Xamarin.
This is made possible because business objects, app logic, and data access layers are all shared across platforms.
➼ Xamarin Test Cloud
Xamarin test cloud allows a developer to test any App on thousands of devices, and deliver a top-notch App.
It’s incredible reporting system would pinpoint the bottlenecks and solve them in less time.
➼ An incredible component store
The functionalities of the App can be improved by Xamarin’s collection of UI controls, cloud services, themes, charts, graphs, etc.

React native was introduced by Facebook in 2015 and instantly became one of the most popular cross-platform tools for App development. Due to its code reusability and ready-to-apply elements, it helps to reduce App development time.
Moreover, it offers a native-like interface. If you need to build an App with a tight deadline, this framework will be a good choice.

➼ Support for Third-Party Plugins
React native offers native modules and JavaScript modules to help connect third-party plugins.
➼ Modular Architecture
Modular programming enables a developer to allocate program functions into several free and interchangeable blocks known as modules.
This makes the development process more flexible.
➼ Live and Hot Reloading
React native is equipped with a live reloading tool that compiles and reads the files that had made changes in the past.
It also offers a new file to the stimulator, reading the App from the beginning.
➼ Can Reuse the Codes and Pre-Developed Components
While using React native framework, the developer has an option of code reusability.
This way 90% of the native framework can be integrated for both Android and IOS with the same codes
➼ Known for Optimal Performance
React native is considered a great framework since it improves the App’s performances through native control and modules.
Additionally, it generates a code to the native APIs upfront and freely. 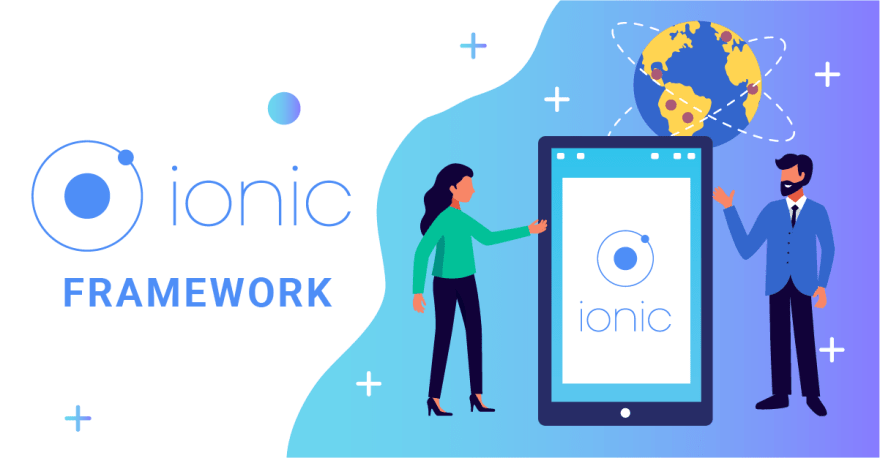 Ionic is a user-interference toolkit used to build mobile and desktop applications with help of CSS, JavaScript, and HTML. It has a single collective codebase used to create apps for almost all major app stores, this is a best-in-class feature currently.
It has some useful features like quick prototyping and efficient use of UI elements, expansive integration capabilities, and plugins, etc.

➼ Widget development
Ionic facilitates the creation of widgets on the home screen. This can trigger the App directly from the home screen.
➼ Powerful CLI(Command-Line-Interface)
The tool of CLI serves the user to use the command prompt to interact with the App with help of various commands.
This helps to improve the efficiency of the App.
➼ Easy testing
This handy feature of Ionic helps the developer to test the App on the work area program and direct test system testing for Android and IOS.
This is achieved with the help of Cordova commands.
➼ Full Utilization of Cordova Plugins
Ionic has Cordova plugins that can be utilized for native support.
Moreover, it results in faster testing and deploying of Apps that are built with AngularJS.
➼ App Integration
Ionic framework facilitates high-end application integration and sharing of information, processes, and other technical details among different Apps of a business. 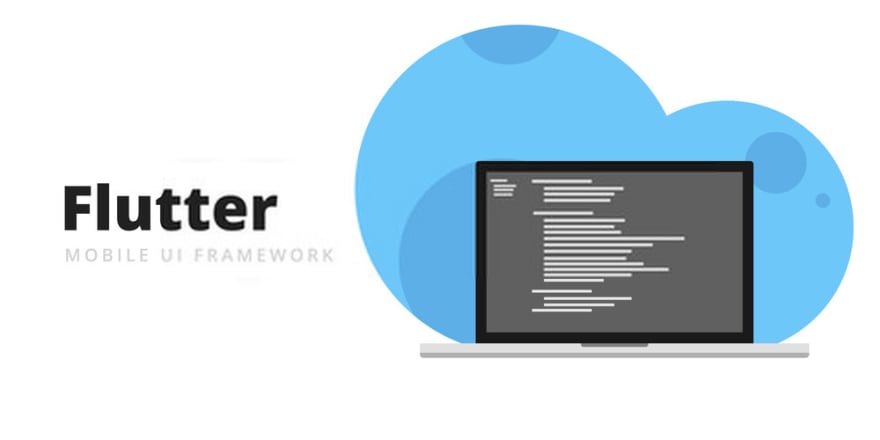 Flutter is one of the best frameworks created by Google which can be used to create apps for IOS, Android, Mac, Windows, etc. It uses C++ as a primary coding language.
It is an open-source mobile UI framework that can be used to make apps in both Android and IOS. This framework will prove to be a perfect choice for start-ups who need a minimum viable product (MVP).

➼ Large community support
Flutter receives frequent updates to fix any existing issues. This plays a crucial role in the usage of the App.
Besides, it is backed by large community support.
➼ Own rendering engine
Flutter has an awesome set of packages that contain custom widgets that operate on both operating systems.
This helps a developer to create a single App that uses material design for Android and human interface for iOS
➼ Simple framework
Flutter is a relatively easy framework to work with.
It renders valuable features like GPS coordinates, sensor data collection, permission handling, Bluetooth, etc.
➼ Reduced Code Development Time
It is equipped with a wide variety of ready-to-use widgets, a large set of material, and Cupertino widgets.
Hence it reduces the code development time. 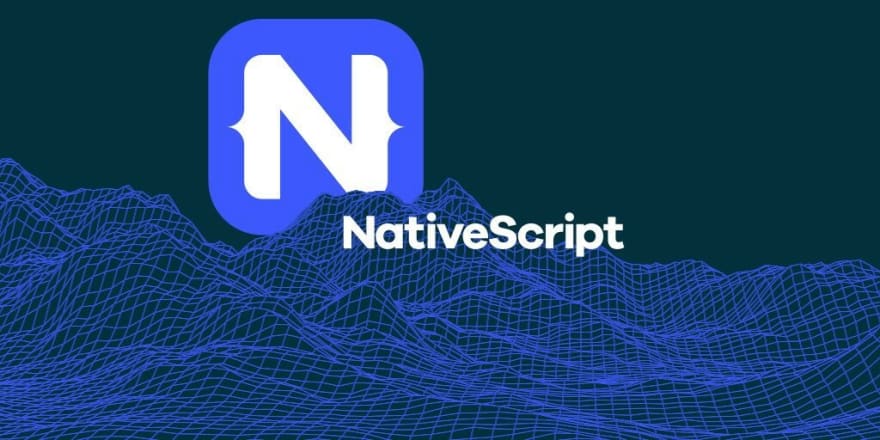 Having several benefits over HTML5-based and hybrid apps, Native Script is an open-source framework that facilitates creating native apps with JavaScript, TypeScript, Vue.JS, or Angular. It enables developing engaging apps with a single JavaScript codebase.
Offering several advantages such as native UI, being extensible, and ease of learning, Native Script helps enterprises to meet their unique mobile app needs.

➼ Visual Studio Code
Native Script offers lightweight visual Studios that lets developers build creative Apps.
It follows the “write once, adapt everywhere” philosophy.
➼ Extended CLI support
One of the best advantages of Native Script is that it helps developers to use their web development skills to create a cross-platform App.
It is equipped with powerful data visualization with native UI and enjoys a good command-line interface.
➼ Angular 2.0 support
Using React Script as a developing framework, developers can build native Apps in Angular 2 as well as use CSS animations.
➼ Backed up by Google and Telerik
It is backed by tech giants like Google and Telerik (Progress), so you can expect regular updates and the introduction of new tools.
These are the top five frameworks to develop cross-platform Apps in 2021. If you need expert help to build a customizable and robust App for your business, we are here for you.

Although cross-platforms Apps offer reusable code, convenience, maintainable code, market reach, cost-efficiency, and many more advantages, it all depends on the developers whether you enjoy those.

We are one of the leading and award-winning cross platform App development companies specialized in all major frameworks. We have dedicated developers who can provide hassle-free project completion with utmost integrity and transparency.

Before you launch the app in the market, make sure you have done all the required testing of developer-level unit testing and beta testing. This is mandatory to detect any issues and gives a chance to rectify them to launch a clean App.

Also, keep in mind that platforms, frameworks, and App developing tools are diverse. It will be difficult to know every one of them. So, as a business owner, your objective is to develop a stunning App for your business, not indulging in how to make that happen.

Hence, decide what framework will be best suited for you and convey it to your hired developer. An experienced developer can also suggest some great ideas. Delegate the technical work and focus on your actual business.

vanessajane
Vanesa is a Marketing Research at Soft Suave with 5 years of experience in IT field.
Python Learning Sources
#python #programming #beginners #productivity
My learning styles as a software developer with ADHD
#mentalhealth #webdev #productivity #adhd
July 22nd, 2021: What did you learn this week?
#weeklylearn #discuss #weeklyretro