This is one of the few projects close to my heart, probably because I've written it from scratch. It showcases the use of IPFS as a secure & scalable persistence module for a data service exposed as an easy to use REST API, built using django.

The API can be harnessed to efficiently store data in desired order. I used this API to store medical records of patients in a secure and chronological manner.

I decided that every event in someone's medical history can be grouped into episodes each of which may contain multiple encounters with a lab/pharmacy/doctor/.. etc, also a person can have multiple episodes running simultaneously (you can have a broken hand and fall sick of the flu sometimes, assuming the worst case scenario).

This is done by using hashes (think of a linked list) which are generated by the IPFS client as a response of any data that gets successfully added. These hashes can be used to fetch the data from IPFS. 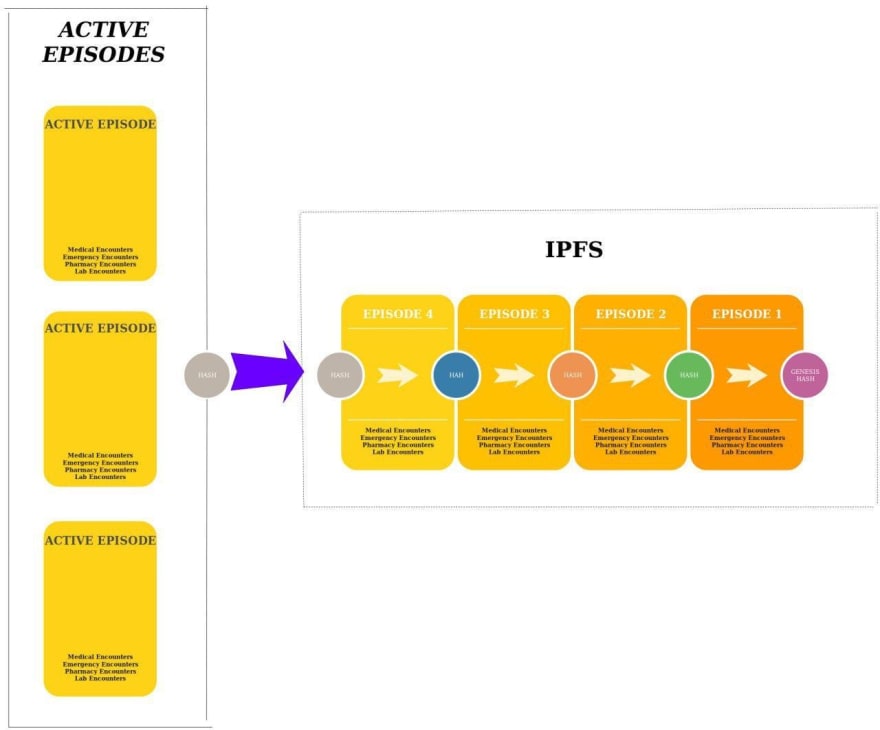 While I was working on the back-end, my other teammate designed a great front-end which allowed us to transform the API calls into a user-friendly application which followed the following activity diagram. 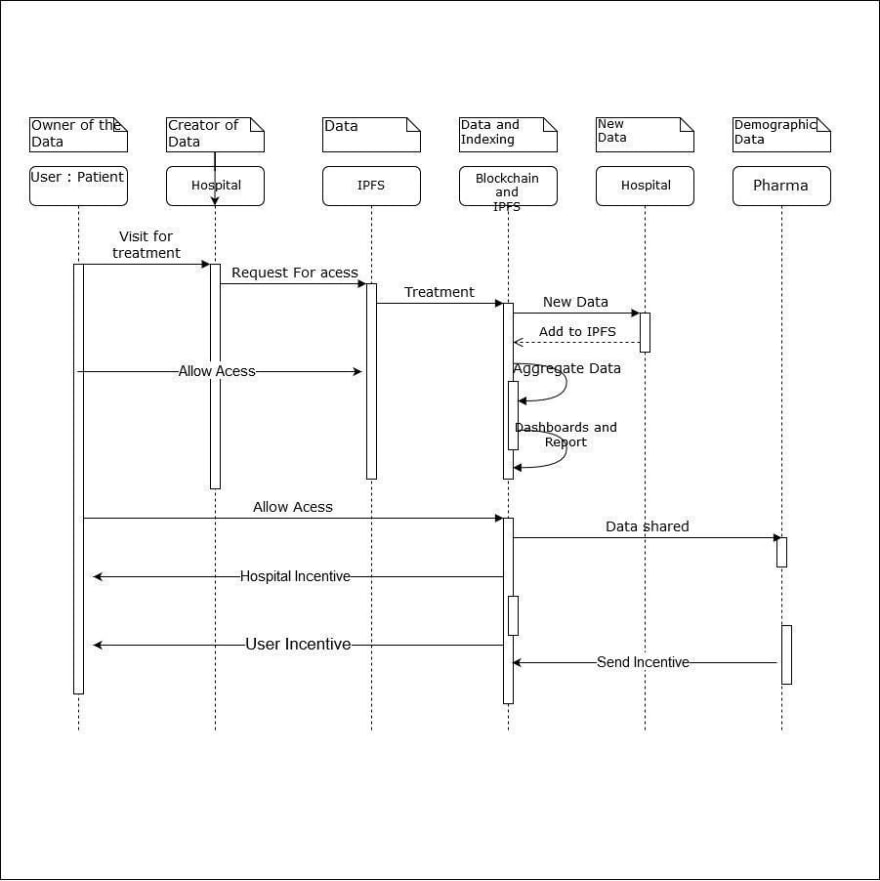 I used django to create the REST API and ipfs client library for python.
The major challenges I faced while making the project was creating a link between django and the IPFS daemon and ensuring that the data is pushed and retrieved in the appropriate order, also writing a REST API in django requires you to write serializers which helps in making the class objects and json data inter-convertible, and since I was using a group of interconnected classes with inheritance writing the serializers such that they would be generic enough was a painstaking task. I learnt a lot about how serailization and deserialization of a class based object works and why is it important.

Once the API was ready I sat down with my teammate who created the front-end and we helped each other in merging the two so that the entire project worked seamlessly. All this while our other two teammates were working hard to work up a good paper on the project which we could present. All in all it was a great experience making this project and working alongside my team.

Why I'm proud of it

This project was shortlisted in top 10 projects out of 1400+ projects for a hackathon organized by hackerearth.

Thanks to github's student developer pack for providing a free subscription to the following:

Anuj Singh
How to Add a README to Your GitHub Profile
#github #tutorial #git
What are the least expensive cloud providers at various levels of use?
#discuss #cloud
Activate CSS Overview Tab in Chrome 💻
#css #webdev #productivity #tutorial