But what is a Pipe in Angular?
Pipes are used to transform input data into something. For example we have async pipe which takes a Promise or Observable and transforms it to a resolved or latest value in case of a observable. 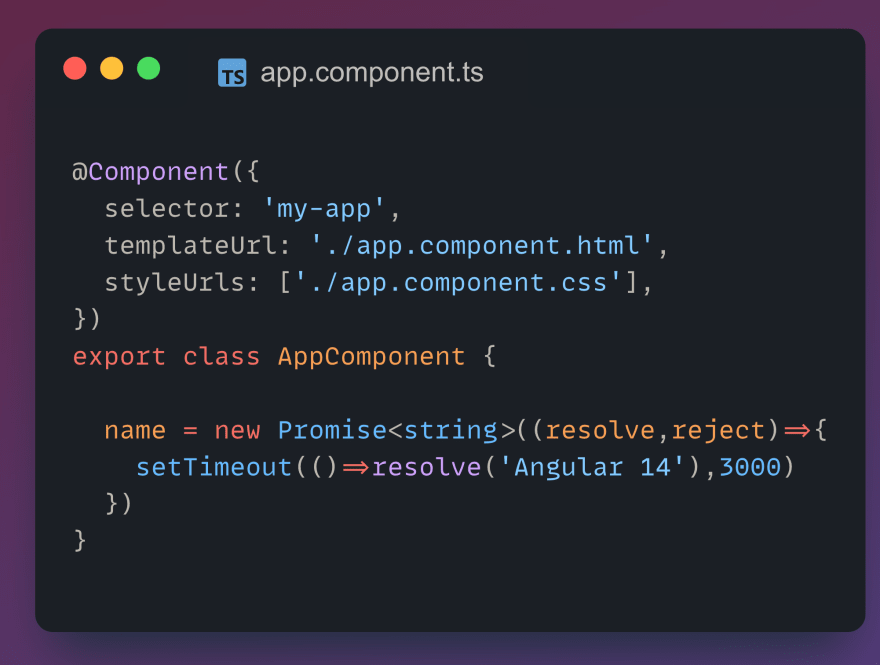 As you can see we have a variable of type promise name which will resolve to ‘Angular 14’ after 3 seconds. Lets try to use it in our HTML file

So lets use async pipe to fix this

Ok so now the interesting part lets try to code this pipe from scratch:- 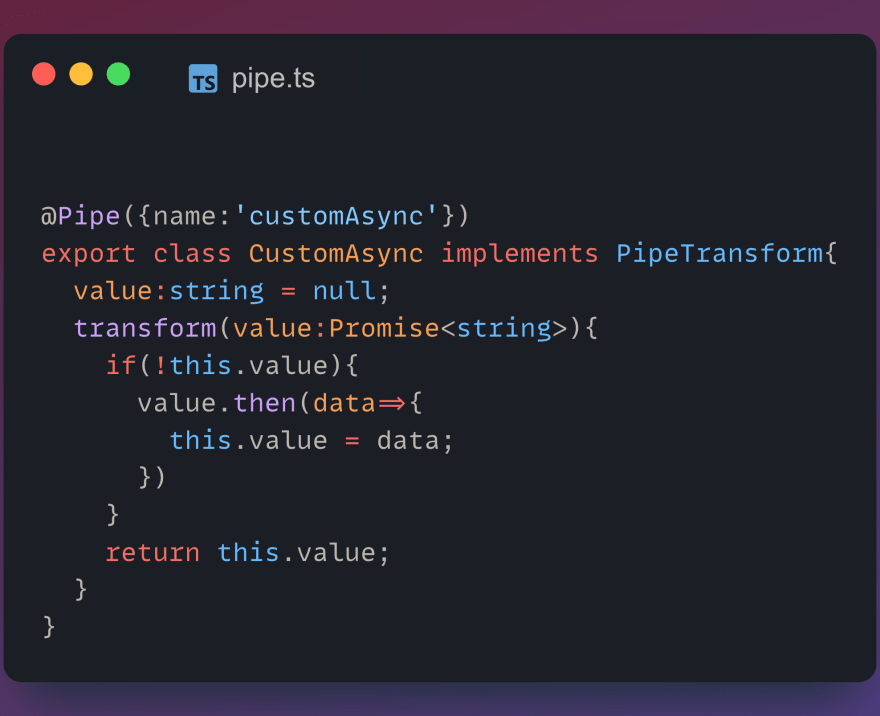 So how this works?

See, we have used impure pipe by setting pure=false, because we want to call transform method when value(this.value) changes.

Intially the value is null so it will return null first when the promise is in pending state but after 3 seconds it will update the value to whatever data we have passed and this will cause transorm method to rerun and we will see ‘Angular 14’ in the output.

Add CustomAsync class in the declarations array in app.module.ts and use {{name | customAsync}}

Once suspended, tusharupadhyay will not be able to comment or publish posts until their suspension is removed.

Once unsuspended, tusharupadhyay will be able to comment and publish posts again.

Once unpublished, all posts by tusharupadhyay will become hidden and only accessible to themselves.

If tusharupadhyay is not suspended, they can still re-publish their posts from their dashboard.

Once unpublished, this post will become invisible to the public and only accessible to Tushar Upadhyay.

Thanks for keeping DEV Community 👩‍💻👨‍💻 safe. Here is what you can do to flag tusharupadhyay:

Unflagging tusharupadhyay will restore default visibility to their posts.